A Crowd of Millions 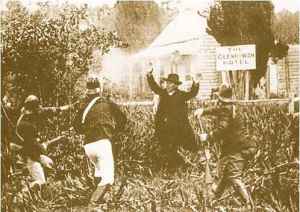 Since my last post, the response to Justice is Mind has been nothing less than tremendous from interested directors and crew both here in the United States and in Europe. Frankly, I don’t think putting together a production has changed since the industry’s first feature film, The Story of the Kelly Gang, was produced in 1906. Someone still needs to direct the “moving picture” actors are still required (even though they can be created digitally) along with a host of crew – lights, camera…action!

I remember reading some years ago a book titled Scarlett, Rhett, and a Cast of 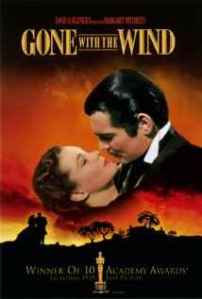 Thousands. The entire production process of Gone with the Wind has to be one of the most daring in Hollywood history. An independent filmmaker by the name of David O. Selznick leveraged himself almost into insolvency to finance what is arguably one of the top 10 motion pictures ever created. It was only when the legendary Louis B. Mayer and Metro-Goldwyn-Mayer rescued the project by “loaning” Clark Gable and putting up $1.2 million to secure 50% of the profits for MGM with distribution rights being awarded to MGM’s parent company Loew’s, Inc. (now AMC Theatres) did the world see those great actors of yesterday portray some of the most memorable characters ever created in cinematic history. And let’s not forget the publicity Selznick achieved with the “Search for Scarlett.”

While Justice is Mind won’t have a cast of thousands, what every independent filmmaker hopes for now is “viewers” in the hundreds of thousands if not millions. Cynthia Almanzar over at Film News Briefs really said it best this week echoing some of my commentary in my last post “it’s obvious that digital evolution won’t stop. Everything is getting engulfed. Studios and filmmakers understand this. So, instead of trying to stunt its growth, it’s time to grow with it.”

Having just finished a great two year plus run of First World on Hulu, I can assure every filmmaker that digital distribution is the next great step for the industry. Like magazine publishers that refused to embrace the web, filmmakers (especially the independents) that don’t jump on this technology will be left in the DVD dustbin.

online in the way of crowd funding. With Indiegogo and Kickstarter leading the charge, the ability to raise production cash by fans and supporters is critical in the economy we are in. Of course some creative incentives will help such as a $1,000 donation will enable the donor to participate as a member of the jury in Justice is Mind. Having a “Jock” Whitney or two involved wouldn’t be bad either.

I think someone like Selznick would have embraced all these new technologies. But I can picture Mayer just shaking his head in defiance.

But “After all…” things in this industry “…tomorrow is another day.”