GoGo To The Premiere Of Evidence On January 20!

Two months of pre-production, four days of production and three months in post-production, the world premiere of Justice Is Mind: Evidence will take place at the historic Strand Theatre in Clinton, Massachusetts on January 20. For those of you that are interested in attending, please visit our press release at this link for more information.

For me, it feels like I’m going home. In addition to my mother working in Clinton for several years, I also produced a commercial at the Strand Theatre for Scene magazine back in 2005. If you visit this link you’ll see the exterior of the Strand towards the end. Adam Starr, who did the visual effects for Evidence, produced that commercial with me and created the effects. During our production, my family and friends participated as attendees to the premiere of The Marginal Way all with a digitized marquee and spotlights. Another interesting factoid from that production – we never actually walked into the theatre. The entire production was shot outside. 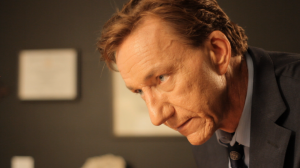 and crew that made it all possible. Our premiere at the Strand could not be more ideal. Not only will Evidence be shown to audiences right after the feature J. Edgar, but there is a certain irony in our short following this particular film. In Justice Is Mind government agencies are directly involved in the new FVMRI brain scans when it comes to forcibly mind reading terrorists. To quote the character of John Darrow in Justice Is Mind, Henri Miller’s defense attorney brilliantly played by Alexander Cook in Evidence, “Have any of these FVMRI machines been shipped by Reincar Scientific to any domestic and international intelligence agencies?” As for the response by the individual he’s questioning during the trial? You’ll have to wait until Justice Is Mind is produced. 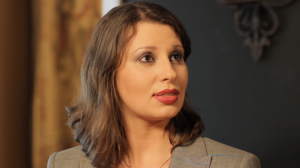 I am also pleased to report that our crowdfunding campaign on IndieGoGo is gaining traction and a following. We all know that Rome wasn’t built in a day, but with 1,215 views and 249 referrals, our traffic is building and funders are starting to contribute. We’ve all read one story after another about how easy it is to communicate in the world of social media, but that brings new challenges – standing out from the rest and making, what I call “social noise.” To those of you that have Liked our page so it shows up on Facebook, retweeted my Tweets and taken the time to discuss this project online, I could not be more grateful. Not to repeat myself, but if it’s good enough for PBS, it’s good enough for me.

“We still need your support. So please, visit Justice Is Mind’s crowdfunding campaign on IndieGoGo and contribute what you can. By supporting independent film production, not only will you be supporting the arts but you’ll have a direct hand in creating the programming you want to see.”