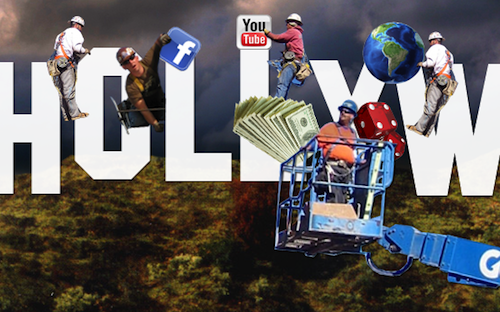 With the trailer for Justice Is Mind days away from being released, the plan that I’ve been working on since we wrapped will soon be put in motion. What does that plan entail? I promise you it’s more than posting the trailer to YouTube, Facebook, writing the requisite press release and hoping the world finds you. I wish marketing a film (or anything) was that easy but when you are an independent filmmaker that process is continuous with the goal of standing out from the thousands of films being produced every year.

But when you look at a film festival like Sundance that gets over 12,000 submissions and only screens 119, the plan has to be diversified. Of course we all believe our film is that promised gem among many. As filmmakers we have to think that. Thankfully in today’s age of social media anyone that participates in a project can be a cheerleader in its promotion. A simple post, share or tweet and your audience is building.

A shot from the trailer before the FX are built.

There was a very interesting story in The Wrap last week that talked about the future of filmmaking. Bottom line? With the ever increasing number of digital services, networks, cable operators and the like, the one thing they all need for their audiences is programming. As Chris McGurk, CEO of Cinedigm said, “They’re in an arms race for content, and that’s creating a perfect storm for independent film.”

And speaking of audiences, my own movie going experience is much different now. Sure, I’m there to watch the film, but I first take in the audience – specifically age. Audiences are getting older which is great for this project. I didn’t write Justice Is Mind with an older audience in mind, it just turned out that way. With the average age of the actors 40+ at least the product is positioned to appeal to a more mature demographic that…ready…spends money. 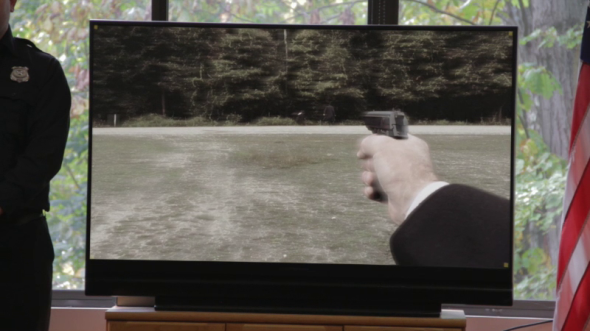 That same shot with the FX nearly complete.

The one misconception that I’ve addressed before I think needs to be stated again. A film doesn’t need to be picked up by a distributor and placed in hundreds of theatres to be considered a “movie”. Of course, I’d love to see Justice receive a theatrical release that’s handled (and financed) by a distributor, but as an independent filmmaker I can self-distribute Justice in select markets to build momentum, reviews and audiences. But at the end of the day, it’s about getting a return on investment and it doesn’t matter to me what platform that it comes from. Trust me, seeing your film on Hulu with ads running along with it is a very good thing.

With Evidence heading to additional digital platforms and with the trailer for Justice Is Mind being released in the next several days, the franchise is building. But as the saying goes, “Rome wasn’t built in a day” and things take time. While the editing is ongoing the foundation is being built to market and distribute the finished product.

But like a house, every film has its own construction plan.