The official trailer for Justice Is Mind was released on January 10, 2013.

I come from a world of brand building. Having once worked in the sales department at TIME magazine and being on the same floor marketing it was there they built a brand to stand the test of “time”. Life is interesting. You can be in the middle of learning something important and you don’t pay any attention to it at the time. Dare I say it…Time Life?

I’ve talked before about taking my experiences from publishing to filmmaking with one of those being distribution. But also carried forward from that experience was brand development. Whether it’s print or online a brand is a brand. It all comes down to consistency.  But it also means testing to see where your audience is coming from in terms of demographics. Trust me, this is something distributors will want to know – your audience.

A murder is revealed when Henri has the FVMRI procedure.

Last Thursday, the trailer for Justice Is Mind was released and I could not be more pleased with the results to date. With over 1,000 views on YouTube the trailer has already started to be picked up by other sites like MovieWeb. As part of the distribution mix for Justice will include digital platforms, the numbers are showing an interesting pattern already. Facebook is recording 50.4% of women between the age groups of 25-54 with men at 48.7% in the same age group. As for YouTube our top demographics are men 45-65 with women at 55-64 years. You remember my post from last week when The Wrap talked about older audiences? Justice is following that trend. One of the panelists in that article stated, “When we started the National Research Group 35 years ago, moviegoing was a young person’s domain. Older people went to the movies, but we stopped sampling after the age of 49. The target audience ranged from teenagers to the late 40s. Now it goes up to the mid-60s.” 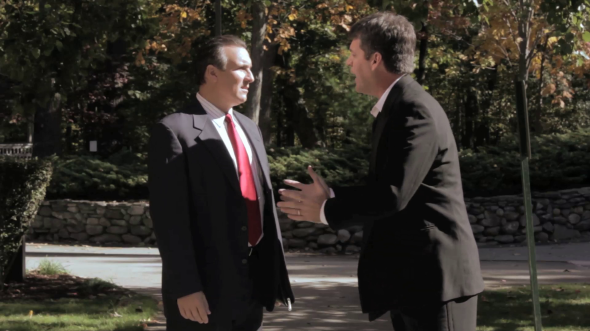 Henri pleads with his attorney that he doesn’t remember killing anyone.

I cannot thank enough all our supporters for posting, sharing, liking and tweeting the trailer for Justice Is Mind. It’s very encouraging as a filmmaker to see your project supported by so many. But Justice isn’t just about me. It may have been when I first wrote the script, but the moment cameras started to roll for the short film and then the feature others are now part of the mix. Independent filmmakers and their constituents need this type of support to move projects forward. A quick like or comment goes a long away. Of course you can’t please everyone. But even when someone posts a negative comment they are amplifying the project for someone else to see.

As for promotion, I highly recommended promoted posts on Facebook. For the first time I tested this type of advertising. A $10 investment on the post that included the link to our YouTube trailer page yielded 2,738 that saw the post in their news feeds. I’d say that’s a worthwhile investment!

In the same church they were married, Margaret confronts Henri’s father with a dark family secret.

With early numbers and demographics in hand, I start Monday to promote the trailer in earnest to interested media and distributors while I plan the next release event for Justice Is Mind – stay tuned.