The end of the opening credits.

“It was a dark and stormy night.” That opening phrase by novelist Edward Bulwer-Lytton could have been used to describe some recent drama in the local entertainment industry this past week in Boston. For those of you that follow Justice Is Mind on Facebook and this blog, you remember me announcing that Justice was invited to screen the trailer today at an “industry” event in Boston. The event was also supposed to introduce attending actors to “invited” casting agents and filmmakers to “invited” investors. The cost to attend this event? Only $25. For me, this was always simply going to be a networking event with the over 400 people that were scheduled to attend along with a reunion of about 10+ actors from Justice Is Mind that were planning to go.

No sooner did this event gain some traction than did the rumors, emails and investigations ensue. It was like watching a viral episode of Scandal (one of my favorite TV shows). It had all the makings of solid entertainment – scam, fraud, threats, media reports, government agencies, similar “events” in Florida with “involved” people, so-called “attachment” by actors to mysterious films you couldn’t find on IMDB. And now my favorite, a casting associate identified by one gender when in reality was another “to protect their identity”…seriously! If a TV network got a treatment of this story they would probably green light it for a pilot! But this was reality—a reality that has had a lasting effect on the local entertainment industry.

Mr. Oxford will be forced to tell the truth.

This is a pretty simple industry to understand. If you are an actor, you want to be well known and maybe eventually famous. If you are a filmmaker, you want to get your film financed and maybe make a living at it. But you have to take a “serious” look at these “events” before hard earned cash is parted with. Again, for me it was just a networking event. I could have cared less about the “casting associates” or “financiers” that were “attending”. This trend of casting associates holding seminars has been going on for some time and is really a frowned upon practice in legitimate circles. Why? It’s simple. Any casting associate worth their salt is only going to cast when they have a project to cast. This business of paying to audition for casting agents has to be the worst trend I have seen in this industry. You wouldn’t pay for a job interview, why would you pay to audition or meet a casting agent? You meet them at auditions and trust me if they like you they remember you for future opportunities. As for meeting investors, sure you might find someone in a bar that might be interested in your project. But if I’m going to pick a bar to do that, you’ll see me at the bar of a film festival or at minimum a higher end establishment – hell, it’s all about demographics!

And the consequences for Henri Miller’s son Gary.

In the end, the event was cancelled by the venue and most have moved on. But not without finger pointing to those that didn’t deserve to be blamed. Again, this was only a $25 event. Lord knows two drinks out in Boston cost more than that. But what it came down to was the industry wasn’t going to put money into the pockets of unscrupulous organizers. End of that story! 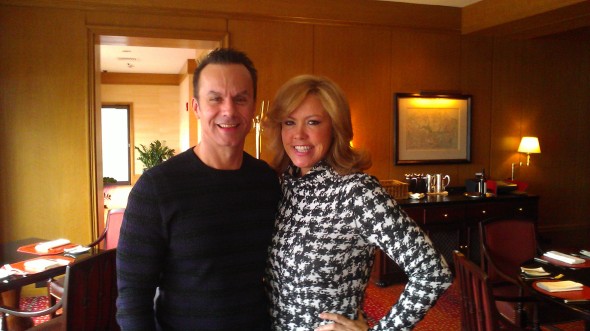 Mark Lund and Mary Murphy at the Bristol Lounge at The Four Seasons.

Aside from that episode, the week went really well. My friend Mary Murphy was in town to audition dancers for the next season of So You Think You Can Dance. Oh the laughs and stories we shared—and desserts! (I highly recommend the Bristol Lounge at the Four Seasons Hotel). I had a great conversation with my entertainment attorney about having an industry screening event in Los Angeles this summer for Justice Is Mind. And I attended the Berkshire Shorts Film Festival on Friday to see Jared Skolnick’s The Earth Rejects Him (great film Jared!). 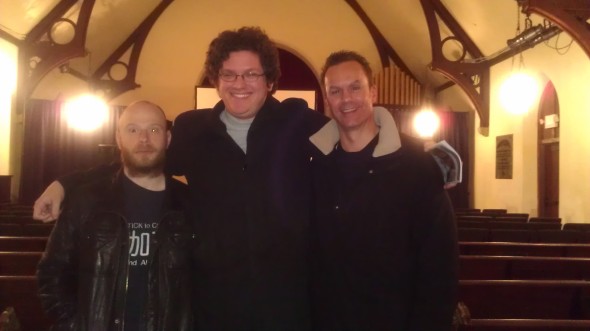 Jeremy Blaiklock (l), Jared Skolnick (c) and Mark Lund (r) at a screening of The Earth Rejects Him.