Justice Is Mind will have its Cape Cod premiere at the Chatham Orpheum Theater on September 18, 2014

It was one year ago to the day (tomorrow technically) that Justice Is Mind had its world premiere at the Capital District Film Festival in Albany, New York at the beautiful Palace Theatre.  Family and friends of cast and crew were coming in from all over the United States to celebrate the debut of an independent film four years in the making. I might add that the weather was perfect.

Although my mother and I arrived the day before it wasn’t long that I started to see some of the actors that I hadn’t seen since we wrapped production the previous October. I remember one of the first people I saw was Mary Wexler who plays Judge Wagner. We were having lunch and I said to my mother, “Here comes the judge!”  Our world premiere wasn’t just the debut of Justice Is Mind it was a great reunion of new friends.

Justice Is Mind is an official selection of the Viewster Online Film Festival from September 11-25, 2014

The premiere went off without a hitch. No sooner did I arrive home and I started to work the phones and email. I was already pitching Justice Is Mind to distributors and I was waiting to hear back from certain film festivals we submitted to, but since Albany the film had a momentum. A momentum I wasn’t going to put on hold while waiting for others to get back to me. Before I knew it, we had the Massachusetts premiere at the Strand Theatre followed by the Maine premiere at the Levitt Theatre and so on. The theatrical screenings continued and included universities and science fiction conventions. Justice Is Mind was finding its way in a sea of films looking for attention.

The theatre in the Queen Elizabeth where Justice Is Mind will have its international premiere on October 29, 2014

With our international premiere coming up on October 29 on Cunard Line’s Queen Elizabeth, I am delighted to announce two new developments since my last post. Justice Is Mind will have its Cape Cod premiere on September 18 at the beautifully restored Chatham Orpheum Theater in Chatham, Massachusetts! And on the film festival front Justice was accepted into the Viewster Online Film Festival out of Zurich, Switzerland that will commence on September 11 and run until the 25th! I’d say it was a good week.

When I was looking through the collection of photos taken during our many travels this year, I cannot be more thankful to the cast, crew, theatres and patrons that have supported Justice Is Mind.  Generally a film is released, plays theatres for a bit and then goes to VOD/DVD in what is becoming increasingly shorter windows. But here we are, a full year later, and Justice Is Mind is still…dare I say it…top of mind?

I think what has made this journey so successful is that all of us associated with Justice, and even our partners along the way, have taken a collective approach to promoting the film to the best of our ability without taking the spotlight off the project. The amount of work that goes into making a feature film is colossal.  Sure, we all have “next projects” we are working on, but as long as there is an interest, as long as there is the will, there is always a… 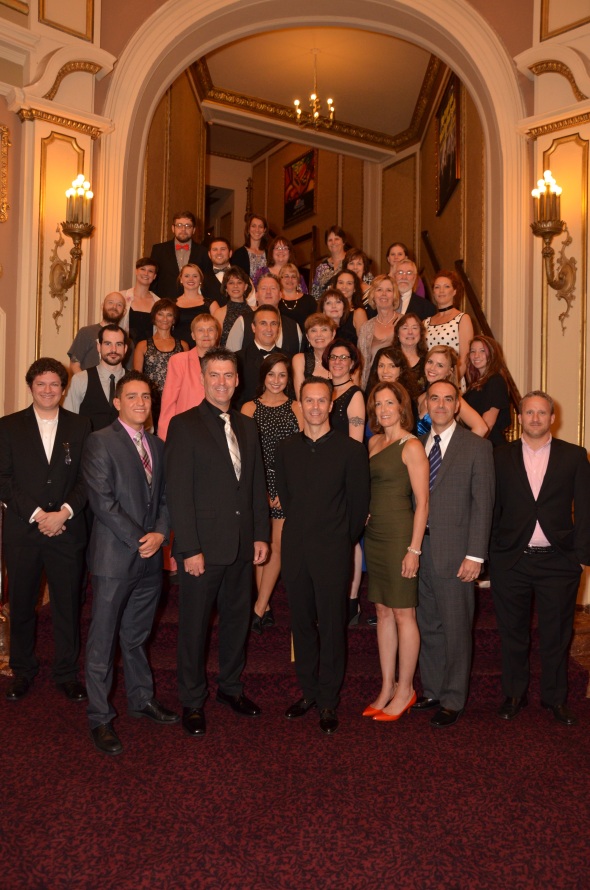 At the world premiere of Justice Is Mind on August 18, 2013 at the Palace Theatre in Albany, New York