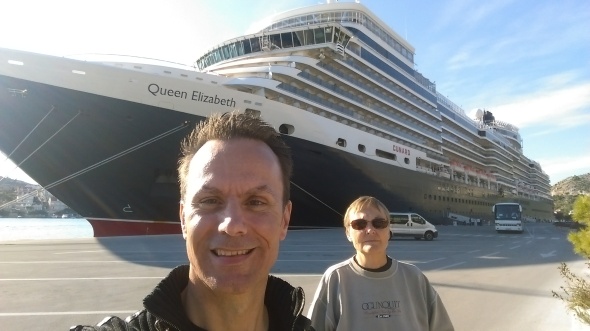 When Justice Is Mind’s MovieMeter listing hit 10,989 out of 3.1 million entries on IMDB last week it reminded me, yet again, what’s possible when you set your “mind” to do something.  Hitting the top half one percent of all entries listed on IMDB was a milestone like no other. Why? Because it proved to me, and all of us involved in Justice Is Mind, that audiences are interested in this film.

Justice Is Mind is a true independent film.  There’s no studio involvement and no “A list” stars to propel it. But what it does have is a story and the passion of those involved in it, wrote about it and watched it. In the end, that’s all a filmmaker can ask for. 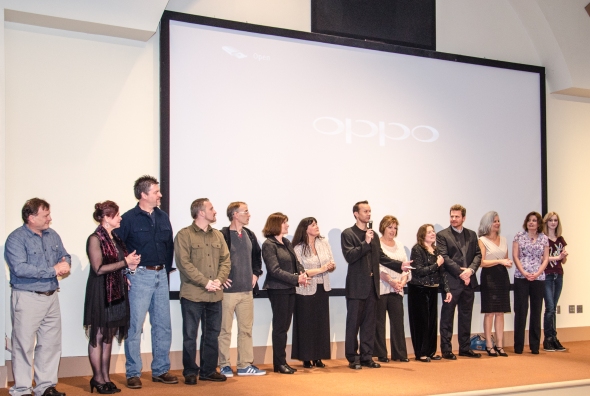 At Plimoth Cinema in January 2014

When we ended 2013 as the 8th Highest Rated Independent Film on IMDB, my goal was to ride on that and continue to push Justice Is Mind as much as possible.  The year started off great with a screening at the Plimoth Cinema in January with a new audience attendance record in March at Cinemagic in Sturbridge. 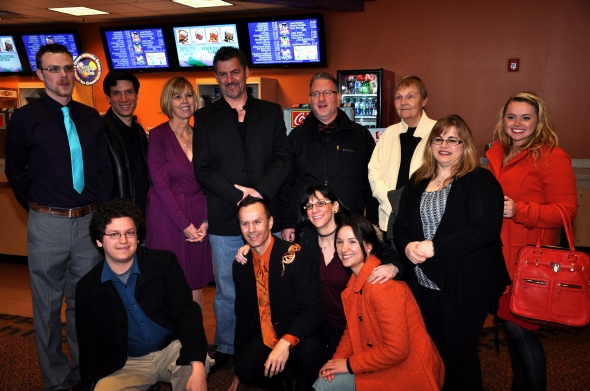 Screening Justice Is Mind at Carnegie Mellon University in April was a particular honor. For it was  the science of “thought indentification” led by Dr. Marcel Just from a 60 Minutes interview I saw in 2009 that brought us to Pittsburgh in 2014. Having Dr. Just host the screening with star Vernon Aldershoff in attendance with me truly brought the film home. 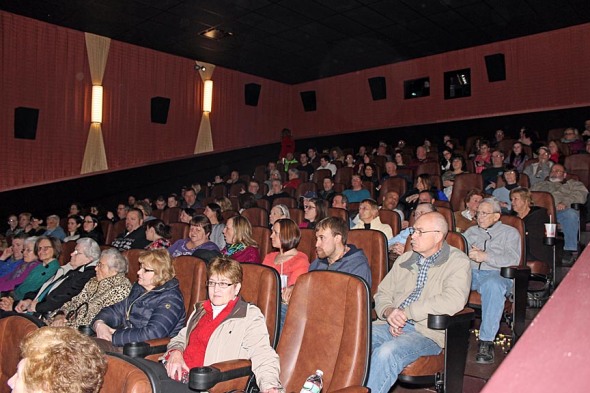 An audience record at Cinemagic

Justice Is Mind returned to its production home in May with a nearly sold out screening at The Elm in Millbury. I have to say I had the most fun at this particular screening. Bob Leveillee, who plays Bob Oxford in the movie, owns Pizza Post and not only did a stellar job in marketing both the Millbury and Sturbridge screenings, but arranged for a limousine to take the attending actors and crew on a champagne toast. Indeed, these are the memories you would want an FVMRI machine to reveal! 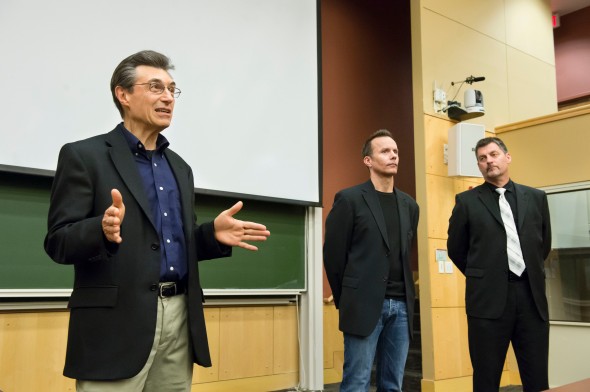 With Dr. Marcel Just and Vernon Aldershoff at Carnegie Mellon University in April 2014

And finally, after months of searching for a theatre at Cape Cod, the Chatham Orepheum theatre screened Justice Is Mind in September. With not only cast members in attendance but members of my family I haven’t seen in years, it was a special evening. 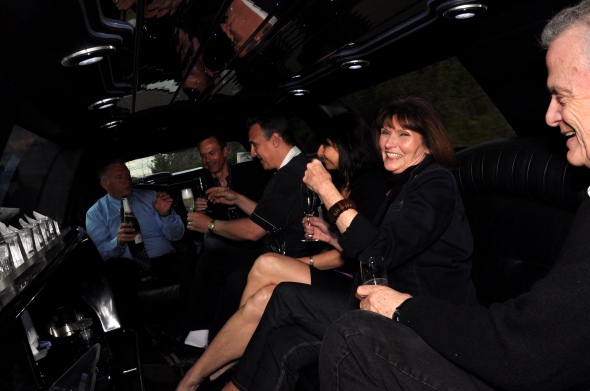 But it was shortly before the Millbury deal came through than some other outstanding news came our way. Cunard Line’s Queen Elizabeth wanted to screen Justice Is Mind as an international premiere in October. Exciting didn’t even begin to describe what I was feeling when this opportunity presented itself. In addition to being a much needed holiday, the voyage on the Queen Elizabeth included me giving a filmmaking seminar to guests and then the international premiere later that week.  From the ship, the ports of call and the new friendships, it was the voyage of a lifetime. 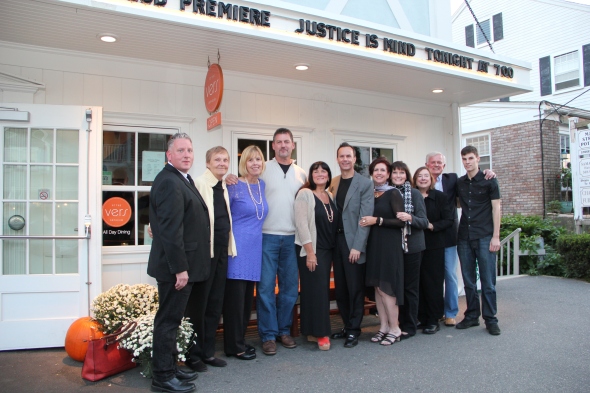 At the Chatham Orpheum in Chatham in September 2014

Along with our theatrical screenings came the VOD debut of Justice Is Mind on Amazon Prime Instant Video, VHX, IndieReign and Reelhouse. Now, with the click of a mouse, Justice Is Mind can be watched around the world. With more VOD platforms coming online in the new year, it will be interesting to see what’s next. 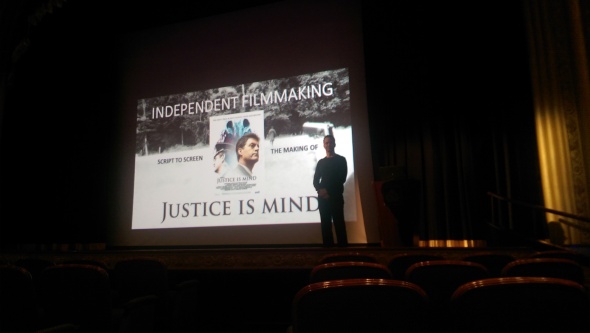 Of course the aforementioned is the good news and I couldn’t be more thankful to all those that made it possible. But make no mistake about it, the amount of hard work to get to this level is monumental. Sending emails, making phone calls, endless pitching and planning. I was talking with one of our crew members this past week and we were discussing the realities of this industry. For every announced deal, there are those that got away, got rejected or just didn’t happen. But that is what this industry is all about. It is about the dreaded “no”. But when the “yes” comes in, there is a “specialness” to it because we know the road we had to travel to get to that point.  Those that know me, know I’m an eternal optimist. I don’t dwell on what didn’t happen, rather I focus on what can happen. 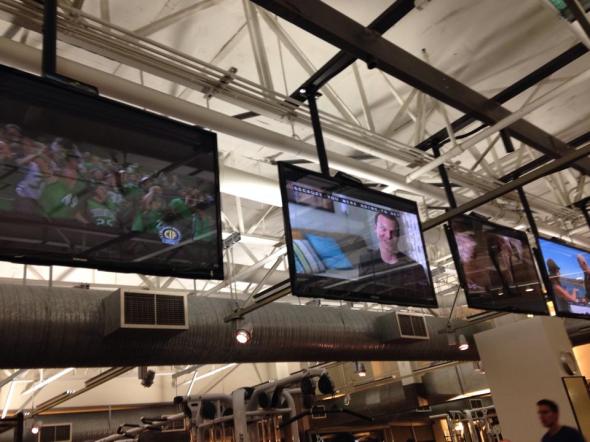 On ESPN’s The Price of Gold

This past year I dipped my toe back in front of the camera with ESPN’s Price of Gold and The Folklorist. My political thriller SOS United States is complete at the script stage and an agency is considering First World.  So while I continued to push those two projects, and perhaps look at some opportunities in front of the camera for the next year, I come back to Justice Is Mind. 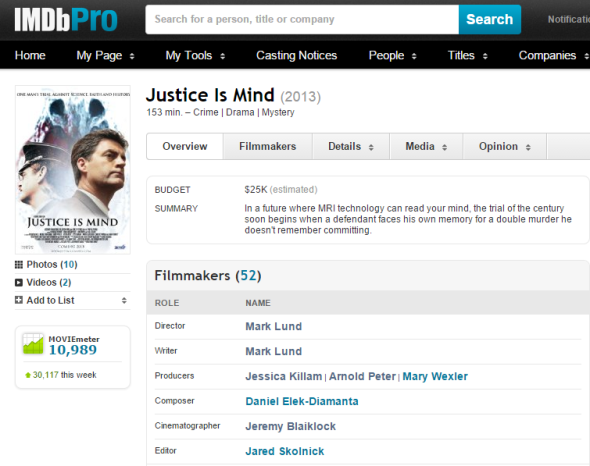 The idea for the sequel came to me over the last few months. And like the creation of Justice Is Mind, I just started to write down some notes and shared some ideas with Mary Wexler through many an evening IM chat on Facebook (Wexler plays Judge Wagner). What has driven me so much to write the sequel? The reaction from audiences that have seen it, the journalists that have written about it and cast and crew that have continued to support it. 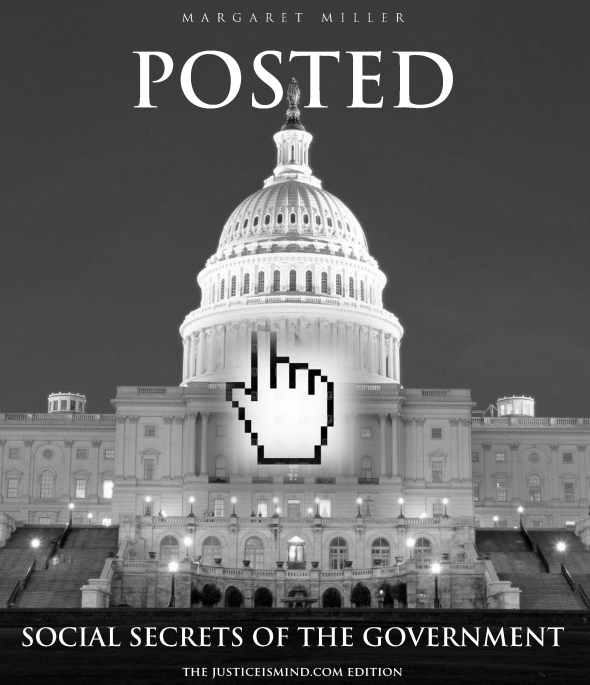 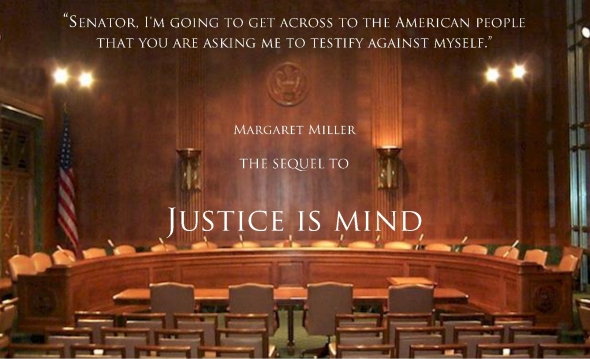 In the sequel to Justice Is Mind, McCarthy era-like hearings take place.

As I am in the throes of writing the sequel to Justice Is Mind I’ve moved my weekly blog post to Monday. On the weekends I do my most intense writing. The weekdays are largely reserved for marketing, research and the consulting work I do.  That research this past week took me back to the Joseph McCarthy era hearings. Let’s pray that our country never has to live through that time again.

Writing the sequel to Justice Is Mind has been an interesting experience. Yes, I wrote the sequel to First World, but as the first installment hasn’t been produced yet, adjustments can still be made without disrupting the canonicity of the story. As some may have noticed, I set up a variety of character and plot points that will carry over to the sequel. 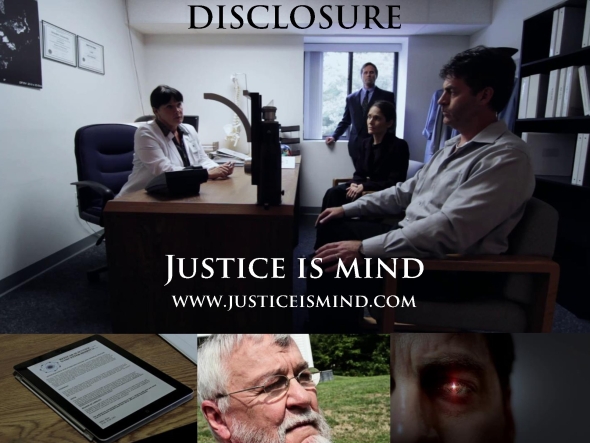 What happens to the characters in the sequel.

By example, in part one we establish that Margaret Miller is a journalist of some note with a book by the name of “Posted: Social Secrets of the Government” that has caused some sort of political stir. In the sequel we see just what that stir is about. I also established that while Henri Miller was shot, he wasn’t killed. Dr. Eve Pullman has been recalled to Germany by Reincar Scientific. Judge Wagner has been appointed to the FISA Court and Constance Smith and John Darrow find themselves, yet again, front and center in the legal and ethical malaise of the FVMRI procedure. For me, I look at the logical extensions of the characters to see where they may go along with new characters we meet along the way. It’s safe to say that the intelligence apparatus of the United States falls squarely into the sequel. 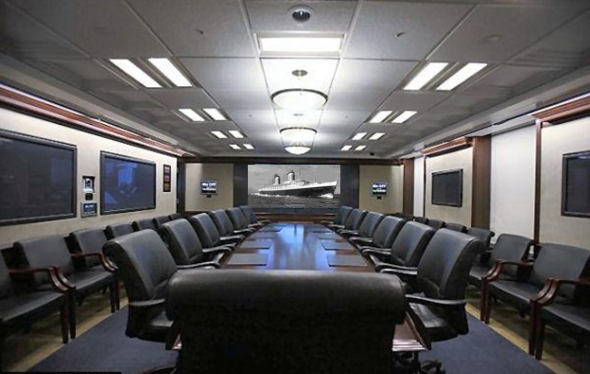 In SOS United States, what will the President do when he learns that a nuclear bomb may be on an ocean liner heading to the United States.

But in the end of all of this, there is the marketing and promotion. It has been WELL over a year since Justice Is Mind had its world premiere, but  marketing continues on a daily basis.  I was more than elated when I discovered this morning that Justice Is Mind’s weekly MovieMeter on IMDB jumped our listing to 10,989 out of over 3.1 million entries!  Not only is this our highest placement on IMDB, but it also proves that the collective marketing efforts of the last couple of years are seeing positive results.

I do the same thing for First World and SOS United States. Getting “discovered” in this business doesn’t really happen anymore unless you let people know about your project. The old adage “if you build it they will come”, doesn’t work without promotion and marketing. How we wish as a creative we could just write, produce, direct or act and then wait for the accolades, the lists, the press and the audience to find us.

When I was reading in IndieWire this morning about a film that was accepted into Sundance, I was particularly surprised by one of the comments that someone just wants to write and not produce. That’s all well and good if you just a want to write and have your work optioned, but in the real world of independent filmmaking you just have to wear many hats. What’s great is that the trades like the Hollywood Reporter, Variety, The Wrap, Deadline and IndieWire provide a wealth of information for filmmakers to make their own mind up on what’s best for their project because each project is different. 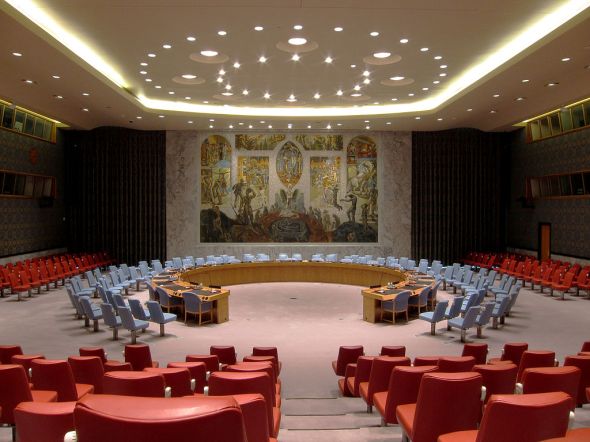 In First World, we learn that the United Nations Security Council has long known about an alien presence on Earth.