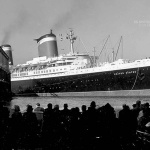 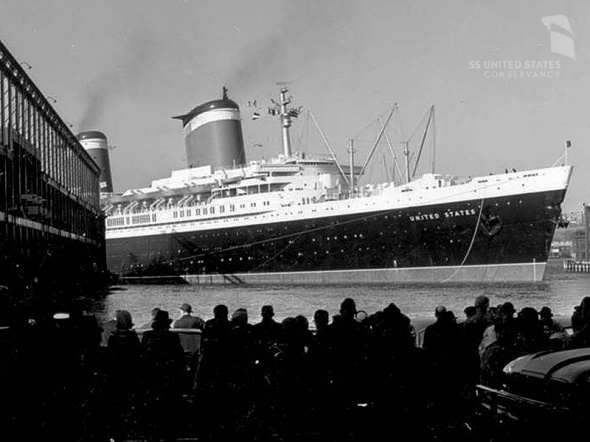 I remember the mission I was on when I wrote First World in 2006. It was a commitment and passion to learn the craft of screenwriting, research a project and then, to quote this recent article in Script magazine, “write the hell out” of it. Those early efforts resulted in three screenplay nominations and the production of a short film version that screened in several countries. Indeed, I was on a mission.

We live in a world of instant gratification.  But that world is a fantasy in the entertainment industry. Someone at some point at some place at some time dedicated years (or decades) to make their project a reality.

Just this week the tireless efforts of the SS United States Conservancy seems to have led to a deal to save the majestic and historic SS United States ocean liner. The redevelopment of the famed liner will be announced in New York City this week. Anyone that has been following their efforts knows this has not been smooth sailing. Thankfully an impassioned plea by the Conservancy to save the ship from the breakers a few months ago brought much needed worldwide attention and donations to the storied liner. The same passion and commitment holds true in the entertainment industry. 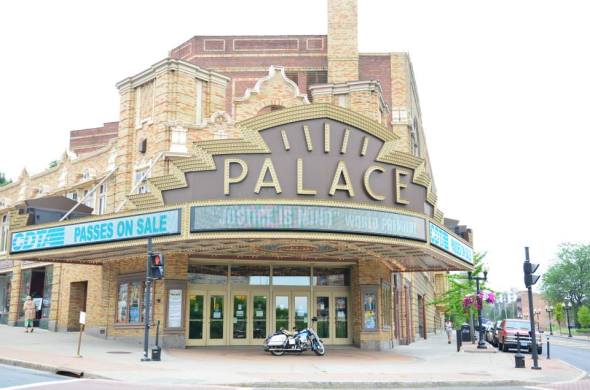 At the time of its world premiere in Albany in 2013, Justice Is Mind was a four year mission.

After I wrote Justice Is Mind I remember the endless pitches, presentations, blind alleys, dubious investors and bad advice.  But it was at one point during the process that I remember going through the same thing in publishing a decade plus prior when trying to raise capital for that venture. That deal clicked at one point just like Justice Is Mind did. But in both cases there was a commonality – I produced these projects myself with investors. That’s the direction I now take.

Would it be grand if “Hollywood” wanted to take one of my projects and run with it? Of course. But Hollywood as we now know it, because the industry is fragmented and decentralized, is everywhere. Audiences don’t care where or how a film came together, they just want to be entertained. It’s really that simple. It was the same with magazines. I was told over and over again that nobody would take me seriously unless we published out of New York. I lived in New York and worked in publishing (TIME magazine). Sure, it was cool. But expensive. In the end, I published market leading magazines based in Worcester, Massachusetts. Readers and theater audiences don’t care where a project originates from. 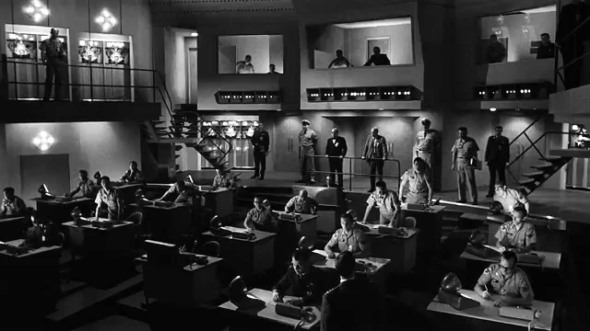 SOS United States will have the look and feel of Fail Safe (1964). Pictured: Strategic Air Command.

There was a certain sense of satisfaction when I returned to Los Angeles in 2013 for the West Coast Premiere of Justice Is Mind. A film, born out of Worcester and filmed primarily in central Massachusetts was screening in the entertainment capital of the world. “Hollywood” is as much an atmosphere as it is a corporate entity comprised of all manner of divisions. All “Hollywood” wants is the audience because the larger the audience the larger the revenue.

For those of you on a mission in this industry, I encourage you to read Jeanne Veillette Bowerman’s article in Script magazine. Above all else you need to be passionate about your work while keeping an open mind on collaboration. 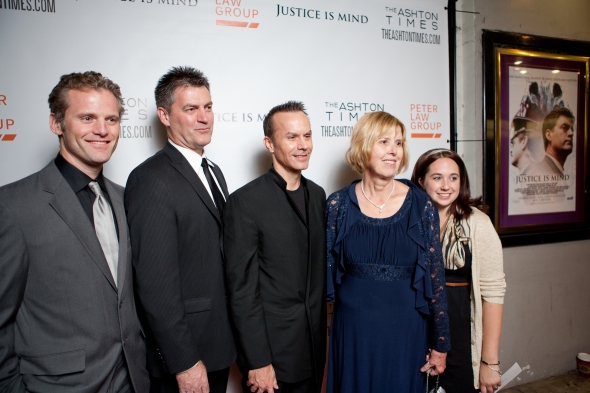 At the west coast premiere of Justice Is Mind in Beverly Hills, California.