I first met Robin Ann Rapoport in 2011 when we were both cast in the independent feature film Noah. After production wrapped, I worked to get Justice Is Mind off the ground and started with the short film version Evidence. When Robin auditioned for the part of Margaret Miller later that year, she had changed her look to the point that I didn’t recognize her from a few months earlier (versatility!). After I cast her in the role, I forget who reminded me that we had already worked together. The rest is history, Evidence was released in early 2011 and Robin reprised her role as the intrepid journalist in Justice Is Mind in 2013. 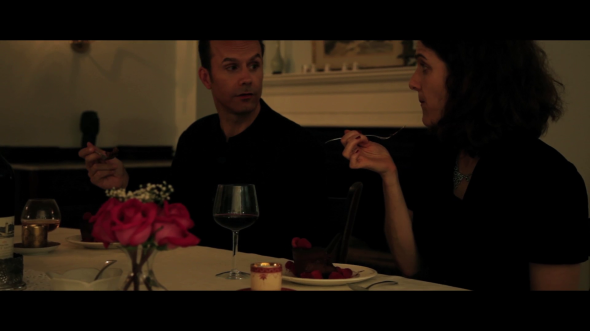 With Robin Ann Rapoport in Noah.

Since Justice was released, like so many of us involved in the project, we keep in touch through social media. When Robin announced that she was going to be in Vokes Players production of Death of a Salesman, I knew I wanted to see her in it.  I arrived about 20 minutes before the performance started and suddenly Vernon Aldershoff who played Henri Miller in Justice, Margaret’s husband, showed up! Vern pulls these surprise appearances more often than not. I still remember him showing up at a screening in Plymouth. The weather could not have been worse that day, but sure enough—here comes Vern! Needless to say last night was a great reunion and brought back so many memories. 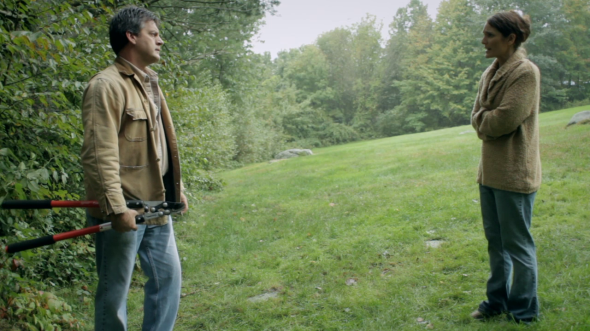 Vern and Robin in Evidence.

As for the play? First, Robin portrayed the character of The Woman brilliantly. Having worked with her as an actor and director, I always see a new dynamic range to her performances.  I’ve seen lots of plays in my day, but Vokes Players presentation of Death of a Salesman was mesmerizing. Robert Zawistowski’s performance as Willy Loman captivated everyone in the theater. When a performance is so good you forget you’re in a theater and believe you are watching real life, that’s when you know that every note has been hit. Kudos to director John Barrett and his team. And for such an intimate theater, the lighting moved the audiences effortlessly and seamlessly from one scene to another. On a scale of 1-10? 12.

Last week the foundation for my political thriller around the sport of figure skating started to take shape. With the website almost complete and the concept poster in revision, I reached out to some of the actors and crew from Justice Is Mind for the short film version of this new production. Unlike the short film version of Justice that represented a couple of key scenes, this short is the first ten pages of the script that sets the stage for the feature length story.

Robin and Vern in Justice Is Mind.

As for staging, tomorrow I pay a visit to the Northstar Ice Sports in Westborough, MA as a possible location for this production. In addition to the executive director being my first skating coach, the operations supervisor was involved in First World. So, yes, it’s a small world!

The one thing about this industry that I have long learned is that it’s built on lasting relationships. Whenever I look to start something new, I always aim to work with those from previous productions. In addition to a level of trust on both sides of the camera, there’s the knowledge that a project can be seen through from start to finish. Of course, it’s also exciting to work with new actors and crew because you never know what one can bring to your production that can raise the bar even higher.