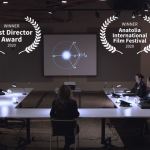 Several years ago the only real way to submit to film festivals was through a service called Withoutabox. On the surface it looked great as it interfaced with IMDb and Amazon. But ask anyone who used it and the technology was hopelessly out of date with ridiculous fees. When FilmFreeway came along they had a user interface that was smooth, visually appealing, free to filmmakers, easy to navigate and great customer service. In the end Withoutabox folded in on itself, while FilmFreeway continued to grow and shine. I want to state that FilmFreeway has not asked me to write anything about them. In addition to being a filmmaker, I work in consumer marketing. It’s the latter that I’m going to speak out.

After I placed First Signal on FilmFreeway I began the process of submitting. As no filmmaker has an unlimited budget, we look to submit with enthusiasm while minding our treasury. We ask ourselves, does the festival cater to our genre? Do they offer something unique? How does their website look and social media accounts? To be honest, it’s a daunting task as there are thousands of film festivals to review.

What I admire about FilmFreeway are the marketing services they offer filmmakers. I took a look at their offerings and for a negligible fee they send an email to their festival partners notifying them of certain films that are actively submitting. The festivals can then invite those filmmakers to submit to their festivals with a discount code. I thought I signed up for a particular date, so when that day came and went and I didn’t receive any responses I was like “oh well” but it was a negligible cost. But that was not the case.

Last Monday I received an email to submit First Signal to a festival. By the time I checked that festival out, several more arrived in my email box. As of this writing, I’ve received close to (or over) 200 invitations (Looks like I marked the wrong date on my calendar!). Discounts ranged from 10% to a full fee waiver. The majority were 50% fee waivers. In addition to these nice discounts, I discovered festivals that had sci-fi categories that I had missed in my searches. I was also introduced to a wide variety of interesting niche festivals. What works for both the filmmaker and film festival is the mutual introduction and advertising. We are introducing our film and they are introducing their festival. It’s a promotion that works for all parties.

What I find interesting is how much the market has changed from the time I was promoting Justice Is Mind in 2013 to First Signal in 2020. While I could write an entire book about the changes in the market, I think the one thing we all need to be is flexible and open to new ideas.  Change can always be scary as it’s about the unknown. But as Cedric says in First Signal, “Once you know the unknown, it no longer frightens you. Because you can learn from it.”

This past week I have been reviewing my political thriller SOS United States and First Launch—the sequel to First Signal. In addition to distribution opportunities for First Signal, these are the two other properties that I’ll be actively marketing at AFM in a couple of weeks. As this is the second “virtual” film market I’ll be attending this year, it will be interesting to see where the market is heading.

Finally, I want to take this moment to thank Best Director Award and Anatolia International Film Festival for their respective awards this weekend. It’s truly an honor! 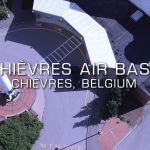 One thing I have noticed since First Signal started on the festival circuit was what festivals do for marketing and promotion. Some just don’t notify filmmakers through Film Freeway, they actively promote official selections and award winners on numerous social media channels, their websites and newsletters. This is a marketing practice that I’ve employed for many years.

When those festivals awarded us Best Sci-Fi Movie not only did I post enthusiastically to my social media channels, but included the news in my email newsletter. Naturally, I’m posting this news to my blog and have it on First Signal’s official website.  Whether you are a film festival, filmmaker or actor, promotion is critical to stand apart in a field dominated by those that want to be heard.  This industry is a visual one, being seen is paramount. But there is that line between being a braggart or promoter. I always aim to promote to bring awareness to a project or something of substance. “Look at me” postings don’t go very far with audiences. At the end of the day it’s about asking yourself, why do audiences need to know what I’m promoting?

As First Signal continues down the festival route, AFM returns “virtually” next month. As the registration fee is nominal, I plan on attending. I’m going to be particularly interested to learn about any new VOD/PVOD trends and what distributors stand out from the rest. In their case it’s not so much about promotion but reputation. I’ve previously posted about some unscrupulous sales agents and distributors that have approached me about First Signal (and other filmmakers I know about their projects). The one thing I’ve learned is not to be desperate to do a deal. It’s about taking the time for due diligence. I look at it like this, you wouldn’t buy a house without a home inspection, so conduct the same when a sales agent wants to do a deal—contact filmmakers that have signed with them.

While there’s no question that all our respective streaming channels are being put to excellent use, sadly the theatrical industry is struggling. Although Tenet did its best to bring audiences back to theaters in the United States, there simply wasn’t enough studio content to keep audiences coming back. When Regal announced the closure of all their operations in the United States, others like AMC and some smaller chains have vowed to stay open with some innovative marketing. I guess time will tell what type of market will emerge. Wonder Woman director Patty Jenkins had this observation, “It could be the kind of thing that happened to the music industry, where you could crumble the entire industry by making it something that can’t be profitable.” Remember folks, every industry needs to be profitable to be an industry—that also goes for the production of the films that go into the theaters. Without profitable returns, product won’t get produced.

In closing, whenever someone asks me “Is it safe” I never think about the current situation, but rather this film.