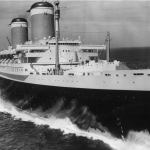 Throughout First Signal’s festival run I communicated with a variety of festival operators all over the world. The passion they bring to their festival is just as enthusiastic as we bring to our films. In a sea of competition between festivals and films, when we work together, we create a stronger industry. For it is the world of independent film that sustains the market on all sides of the camera.

With First Signal properly distributed through Indie Rights and marketing ongoing, efforts turn more fully to SOS United States and the completion of my latest story in the First World Universe. These past couple of weeks have been very kind to SOS. With the script winning Best Screenplay at the L A Live Film Festival and an official selection at the Austria International Film Festival, the story, forgive the pun, is sailing along nicely in the festival circuit.

Over the last several weeks, I’ve been working on breaking down SOS for hopeful production next year.  Having now produced two feature films (and a few shorts), with more experience comes more awareness. This can certainly be a double-edged sword. You instinctively know what’s needed to produce, but you want to bring a certain quality to the final product. In other words, stepping up my own game.  Whenever I set out to produce a new project, I compete against myself. I simply ask, did I bring more to this project than the last. As long as I can answer that question with an affirmative yes, I feel that I’ve truly accomplished something.

I see so many in this industry rushing from one project to another without fully completing anything. Case in point the project I was involved in this past summer as an actor. Principal photography wasn’t even completed, and I was hearing about two other projects they were filming right away. When I asked what the distribution and marketing plans were for the project we were on, total deer in the headlights.

As for completing things, my new story in the First World Universe has truly turned into a universe of its own! With 52 speaking parts, it slightly exceeds Justice Is Mind and certainly many more than First Signal.  The story primarily revolves round 10 characters with 5 of those being from First Signal.

However, as I come into the final pages of the story, this is where all the loose ends need to be tied up to some degree. While I have my 20+ odd pages of notes, I feel like I’m on final approach to landing and going over checklists. One thing not checked and a character or plot point, might not be resolved. I can’t speak for any of you reading this post, but how many of us have watched a film and then said to ourselves…whatever happened to?