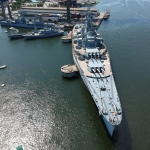 Last week my first feature film, Justice Is Mind, went live on YouTube’s Stash TV through FilmHub. While I continue to do “maintenance” marketing for Justice, the big push is relatively over as the film was released in 2013. But then in August numerous articles were published about advances in mind-reading technology. When I was reviewing the film to promote the recent media and then the YouTube placement, I realized that the story itself takes place in 2024 a year after “Congressional approval” of the FVMRI process in 2023. One asks, where does the time go!

As I approach 2023, another film is now top of mind – SOS United States. Like Justice Is Mind, SOS United States requires multiple locations. These locations are specific in terms of look and function. Of course, at the time I thought securing the dozen or so locations for Justice Is Mind was going to be impossible. But one by one they started to come together. Flash forward to 2018 and I was experiencing some challenges to secure the primary filming location for First Signal. In the end, our location came through with The McAuliffe-Shepard Discovery Center.

When “Hollywood” produces a film they can easily secure any location they want. If they can’t find it, they build it. In both cases there are substantial fees paid. But as an independent filmmaker, I rely on securing trade marketing partnerships. By trade I simply mean this, a location provides us the opportunity to film and then I promote the location in our marketing.  No monies change hands. This is a practice I’ve been employing in all my films since I produced First World in 2006. It’s a practice that has served my films and marketing partners well.

Having completed the cost analysis, next week starts the location search in earnest. If the locations can be secured, I’ll announce pre-production status for SOS United States. The production plan would be to start principal photography by summer 2023 in the same production fashion as we did with First Signal (weekend and select weekday filming).

I remember like it was yesterday when I secured the Hotel Commonwealth in Boston for First World. It was that moment when I realized that a trade partnership was possible for a premium location. The hotel granted us a one-day use of their Presidential Suite which served as the residence of the Secretary of State. While First World may have been an independent short film, it didn’t have to look like one.

Another element of First World that will be recreated in SOS United States, is a motorcade for the President of the United States. While it obviously won’t be the forty plus vehicles in a traditional motorcade, I am determined for it to have the necessary gravitas. Of course, what’s available now that wasn’t in 2006 is the ability to add vehicles via VFX.

Thankfully, this technology is available to independent filmmakers. In SOS United States the second-generation Concorde appears as Commonwealth One the official state plane of the Prime Minister of the United Kingdom. When I first watched The Man in the High Castle and saw the Concorde styled jet, I researched who the VFX house was and how they created this iconic craft. Needless to say, the results were pretty impressive.

This all being said, I have confidence in one thing that’s completed and ready to go…