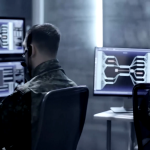 A couple of weeks ago I sent an update to the actors and crew of First Signal about what our release strategy may look like.  I believe, if all goes according to plan, our first theatrical screening will be sometime in October. I hope that follows with additional theatrical and festival screenings into the second quarter of 2021 with a VOD release around May.

As someone who reads the trade publications, I see how release dates and general overall strategy is changing on a daily basis. This article in The Hollywood Reporter today, pretty much summed up the current state of the industry. Fortunately for First Signal, the film itself wrapped principal photography last year and just finished post in early June. So, all things considered, our release strategy hasn’t changed all that much.

I do believe one of the real issues that’s going to face this industry next year is available inventory of new product. With very little being produced over the last several months, eventually this empty space will catch up to the industry. I believe this is why we are seeing studios and distributors stagger their releases from the 3rd quarter of this year into 2021. They need commercial films to bring audiences back to theaters. Honestly, who really wants to see a previously released movie in a theater when you can watch it from the comfort of your sofa for a fraction of the price? Of course, I would love to see classics return to the silver screen. Particularly those from the 1930s, 40s and 50s!

So far, the festival market is going well for First Signal. I was delighted to receive a Best Director win from the Eurasia International Monthly Film Festival last week. To receive an accolade of this stature from a festival is truly an honor. This is all about building a momentum so when First Signal goes to VOD, a hopeful following has built up for the film. From a media point of view, there is so much noise to cut through to get noticed.

The release strategy I’m looking to employ is the model I did with Justice Is Mind. It started with a world premiere followed by a limited theatrical and special event run before it went to VOD. My feeling with Justice, and now First Signal, was to follow the studio model. If it works for them, why try to reinvent the wheel? I just adapted it for the scale of my project. At the end of Justice Is Mind’s run, we had numerous media reports and reviews that helped propel the film when it was released on VOD. 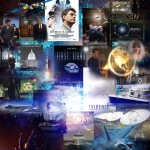