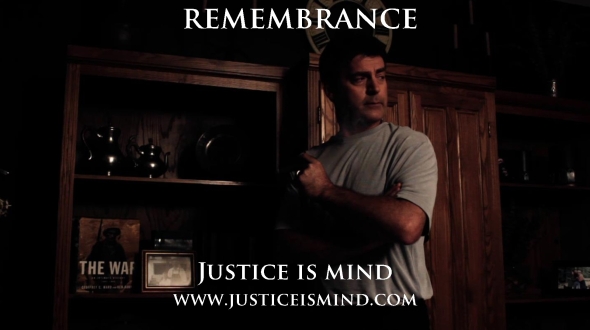 The one thing I learned when publishing magazines is that your distributors, in all their forms, are your partners. Produce a good magazine and it will sell. Likewise, the same is true for a movie. But all this requires marketing on a day to day basis. A case in point, would be our last United States theatrical screening at the Chatham Orpheum theatre in September. It was a partnership between their theatre and Justice Is Mind. We both had one goal, sell as many tickets as possible and generate press. Not only did we have a great turnout and positive press, we also established a great post screening working relationship.

I’m delighted to announce that the Chatham Orpheum Post Production Services delivered our first DCP of Justice Is Mind last week! Some of you may be wondering what a DCP is. To quote Wikipedia, “A Digital Cinema Package (DCP) is a collection of digital files used to store and convey Digital cinema (DC) audio, image, and data streams.” While we always had our theatrical DVDs, now we have another theatrical option with DCP.

While I have yet to come across a theatre that can’t play from a DVD, it’s great that we now have a DCP option as the majority of theatres across the United States have converted to a digital format. I don’t profess to be an expert on this tech, but theatres do like to have this option. That being said, when Justice Is Mind was released in 2013 better than ½ the theatres we screened in still had not converted to digital. In the end, this just gives us another option. My special thanks to the Chatham Orpheum for their great work! To learn more about their DCP services please visit their website or email them at this address.

If the cyber-attack on Sony and subsequent pull of The Interview from the major chains demonstrated anything, it is that theatres are your partners and communication is key. While VOD is of course important, I still believe in the release model of theatrical distribution first followed by VOD. I think trying to marginalize theatres is a mistake. I read this past week about a film that got into Sundance, didn’t receive a distribution deal they thought was worth anything and is now is trying to fund a theatrical release by renting theatres and “then fans can pay what they want to see the film”. Aside from not agreeing with four walling (renting) for a variety of reasons, a pay what you want is a horrible precedent to set. In all our theatrical screenings, audiences paid whatever the general ticket price was for that theatre and market.

In the sequel to Justice Is Mind a congressional hearing is convened in 2026 to address a new development in mind reading by Reincar Scientific.

Margins in this business are squeezed enough for everyone. Do you admit someone to watch a movie in a theatre for $1 when the person behind them was going to pay $10? As my business partner said the other day there is an issue with perception in value. Yes, for VOD, the $1.99 rental is pretty standard. But the economics of that rate for a theatrical screening (via paying what you want) just won’t cover costs.  Because what this all comes down to is how do investors get paid back when margins are so thin. It’s just simple economics of cost and revenue.

As I hit the 100 page mark of the sequel to Justice Is Mind this weekend, I truly wonder what the marketplace will be like by the time that film is released.

In line with First World, the Diplomat reported that China leads the space race. 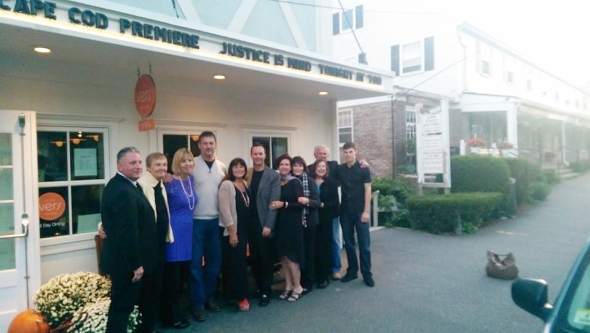 As a filmmaker, there’s nothing more exciting than attending a theatrical screening of your film.  But the Cape Cod Premiere of Justice Is Mind this past Thursday at the Chatham Orpheum was particularly special.  Why? I had two sets of family attending this screening. My real family and the “Justice” family.

Thursday was our 12th theatrical screening (19th overall) and over the past year various cast members (and some crew) have attended the screenings.  These reunions are always terrific. Sure, we all have our own lives, but the screenings are a reunion of friends as we celebrate something we all worked on together.  For so many of us involved in this project, producing a feature film was a dream come true. It’s moments like this that should be enjoyed.

Also in attendance was my real family as well. In addition to my mother who played a member of the jury, my cousin, who lives in Dennis, and her brother and his wife who were visiting from Minnesota, joined the festivities. As I shot my first short film (First World) in Dennis at my cousin’s house in 2006, it was nice to show them where this journey as a filmmaker has taken me over the years.

With my mother (far right) and cousins

But our screening last week was just different. For me it felt like one big party.  I think this was due in large part to the atmosphere of the Chatham Orpheum itself. An intimate, state of the art venue that seats 147. In addition, there’s a full restaurant/bar in the lobby that just creates this social atmosphere of excitement around the experience of watching a movie. Add in friends and family and presto…party!

We are now entering the last four days of the Viewster Online Film Festival.  In addition to being able to watch Justice Is Mind for FREE at this link, you can also vote, share and comment. Viewers also have the opportunity win a FREE trip to London for two! I have to say I think Viewster has done a fantastic job with this online film festival. For a film like Justice Is Mind we are able to present it to the world, for Viewster it brings in new audiences to their site. It’s a win-win for all involved.

Watch Justice Is Mind for FREE on Viewster

With Justice Is Mind now available on Amazon and shortly coming online to other VOD platforms, I now focus on the upcoming international premiere on Cunard Line’s Queen Elizabeth for the end of October. Although my PowerPoint presentation for the filmmaking seminar I’m hosting onboard has been done for a few weeks, now I work on my narration.

The one thing I love about movies is the discovery aspect. Sure Justice Is Mind is still being actively marketed, but how about when someone comes across it twenty years from now? One of my favorite courtroom dramas is Witness for the Prosecution. Made in 1957, I first came across the film several years ago. Thankfully with the proliferation of VOD, movies are discoverable with a simple search on what you are interested in watching.

Of course development continues for SOS United States and First World. For every filmmaker there is that journey to secure investment. But now that I’ve traveled this road once already, I have a better map on direction. Because if there’s one thing that’s always changing direction, it’s the film industry.