The Martian. A brilliant must see film.

Anyone that knows me knows that I love science fiction movies. It’s hard to say what are my favorites, but last night I did add one to that list – The Martian. There are so many films that have revolved around Mars, but The Martian really did it right–from a captivating story to real world science. Although there were many aspects of the film I enjoyed, one plot point that I thought was terrific was the cooperation between NASA and the CNSA (China National Space Administration). If you’re on the fence about seeing The Martian jump off and go see it, you’ll be glad you did.

The cooperation between NASA and the CNSA is also a major plot point in First World when China announces its first manned mission to the Moon four years ahead of schedule. When I first introduced the story back in 2007, who would have thought that China’s space program and film industry would be booming to such a degree. At some point in the future I feel it is inevitable, and rightly so, that the United States and China will cooperate on space exploration – especially when it comes to a manned mission to Mars.

China and the United States cooperate in space exploration. In First World it’s the Moon. In The Martian it’s Mars.

With the Toronto International Film Festival concluded and the American Film Market starting in a few weeks, it’s always interesting to see what comes out from industry trends to sales. It was well reported that Toronto was a slow market, but it could be just the opposite at AFM. But what we do know is that audiences will turn out for a great story and a trend can change overnight. So many films that revolved around Mars have fared poorly, but The Martian has reversed that trend.

The one thing I learned some years ago was to have a slate of projects ready to present at a moment’s notice as you never really know what’s going to resonate when you pitch. Case in point was Justice Is Mind. It was packaged as a low-budget independent as opposed to First World which has a multi-million dollar budget. With In Mind We Trust, the sequel to Justice Is Mind completed and with some minor updates to my political thriller SOS United States, it’s always interesting to see what project gets attention over the other.

A great story and update about the SS United States in Secret Philly.

And now on a business note. Like the producer I mentioned last week that gets unsolicited scripts sent for review, this week I received a random instant message from someone I’ve known for years asking me to introduce them to managers and agents. It took me by total surprise, as, 1) I’ve never seen this person’s work, 2) To the best of my knowledge this person has never been nominated or won an award for their screenwriting, 3) It wasn’t personally addressed as “Hi Mark…” at least pretend you know me. My advice is the same as advice that has been given to me, 1) Enter your screenplay in contests. I did this for First World it opened some doors and established credibility, 2) If you want to pitch an actor or their reps just do it. Send a brief introduction with a logline. Some have their own production companies. If you want an agent or manager call them and see what their submission policy is and 3) Personalize your introduction. 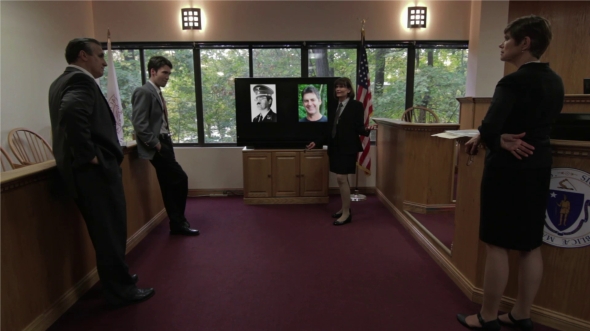 From a World War II pilot to a guard in a concentration camp in Justice Is Mind, another story about reincarnation in the Daily Mail.