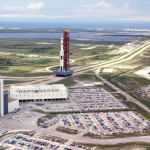 With the trailer edited and scored, we are in the rollout phase as the color grading commences.  As each day passes we are rolling closer and closer to the day when the trailer for First Signal is released. I don’t think I’ve prepared nearly as much for the release of any of my film projects. Yes, Justice Is Mind was obviously important to me, but with First Signal being my first feature film in the “First World Universe,” I want to make sure I reach who I need to reach.

When I was talking to an acting friend this past week, we started to talk about certain sci-fi series and movies and what we do and don’t like. For me, I’m not so much into spectacle but story. I’d rather watch a solid story than things getting blown up. Yes, sometimes you need to blow something up, but I feel it should be done within the context of the story, not just for show and tell.

Last weekend we had First Signal’s ADR session. Watching these talented actors bring their characters back was nice to see. It was also an opportunity to show them the trailer and opening credits. Aside from some stills, they haven’t had the chance to see anything since we wrapped last July. I know when I’m part of a project as an actor I anxiously await to see what the product will look like.

With audio complete, the provisional score nearly done, VFX being built and the film close to a lock, I can almost see the light at the end of the post-production tunnel. But this is where all the details come up. From polishing the edit and score, finishing the VFX, sound mixing and color grading, creating a film is an arduous task and all about project management.

One of my favorite “TV” series these past few years has been The Man in the High Castle on Amazon. The entire production on both sides of the camera was first rate.  When I started to write the sequel to First Signal it dawned on me the character of Major Sampson could parallel Juliana Crain.  In High Castle, Crain was instrumental in the resistance movement and played all sides to achieve her goals. In the sequel to First Signal, Sampson finds herself torn between three worlds – the President of the United States, the Vice Chairman of the Joint Chiefs of Staff and Cedric Yonah the Premier of the Synedrion Council.  As of this morning I just hit the sixty-page mark and I think I know how I want it to end. I think!

As for films that have a military storyline, I saw 1917 last weekend. I can’t say enough great things about this film. From filming the entire story in one continuous shot, to the production values and acting, 1917 was truly a delight. The cinematography alone is reason enough to see this film. I can only imagine the pre-production planning!

I was reading an email newsletter this morning and the author talked about having to love the journey not only as a writer but as it pertained to sales. As a screenwriter, there is that moment when you feel these characters talking back to you as you type their dialogue and action their elements. When you’re filming your screenplay, you see these characters come to life. When you’re watching your story on the silver screen or your TV, you know you’ve made a sale. There is something immensely satisfying being in the lobby of a theatre when someone asks to buy a ticket to your film. Equally when you get notice that your film has been streamed.

The journey is a long one, with many highways and exits ahead. But it’s a journey that I have loved since I wrote my first screenplay in grade school.

A special effect that will appear in Justice Is Mind.

The one thing that consistently amazes me in the world of filmmaking is the creativity everyone brings to the table. This is one of the areas that I enjoy the most. I’m not sure if my post production team will agree with me or not, but after I give my general direction on something, I let them simply create. Imagine. I’ve often heard these nightmarish stories of directors that berate everyone involved to obsessive extremes or worse the other side of it when no direction or organization is given. Once, I had the unfortunate experience of working with a disorganized director as an actor and it was a nightmare (I felt like Captain Kirk on the Enterprise B!). I always aim for a comfortable middle. But at the end of the day it is the responsibility of the director that the vision is executed by all concerned.

As we are entering the final stages of post production, I look at the smoothness of the story our editor Jared Skolnick has created for Justice Is Mind and I wonder if he read my mind on my fondness for dramatic storytelling from Hollywood of the 1940s and 50s.  The same holds true for my friend and our special effects guru Adam Starr. I’ve worked with Adam for well over ten years on other projects, and while I will be the first to admit that I used to get a bit hot headed in those early days, it was all for the best of the project. Adam is another one who is good at mind reading (I guess that works well with the Justice Is Mind story). I send off my notes and presto out comes something that would simply rival any top special effects house. Then there is our composer Daniel Elek-Diamanta, someone I have never met who lives in the United Kingdom. When I first listened to samples of his work, I just heard the sounds of Justice coming to life.

During the trial, special effects will appear on monitors in the courtroom.

Like any industry, you create teams of people you enjoy working with. But no other industry ties that together more than filmmaking. Of course, we aren’t all going to agree on everything and we all have our own point of view on how something should be executed. But once you work on a set you can clearly understand how you see the same people working together over and over again. It’s not so much on the acting side, but on the production side you want to work with people whose work you know and who you trust. Look at someone like J.J. Abrams. He often collaborates with the same team. I’d say that’s worked out OK for him!

But look this isn’t always a bed of roses either with everyone singing Kumbaya. During Justice Is Mind I had the unfortunate job of having to let people go during the production and in post-production (and there was some pre-production drama too). You’re either part of the team or you’re not. Simply, in this business time is money and I don’t have the time to figure out what your issues are. Besides, it’s woefully unfair to those putting in the effort to produce a quality product.

Coming into the last couple of months of post-production I could not be more thankful to the entire team (on both sides of the camera) that is making Justice Is Mind possible. We all know that producing a feature film is not easy. As we have seen this past week, actors like Zach Braff took to Kickstarter because they couldn’t get the deal they wanted, famed director Steven Soderbergh vented on the wild west of filmmaking (has it ever been anything less?) and digital distribution continues to “adjust” the establishment. But through it all you need content and a team that can deliver. And like Captain Kirk and his crew on the Enterprise, it would be pretty cool to board a ship with the crew I’ve been working with the last several months. 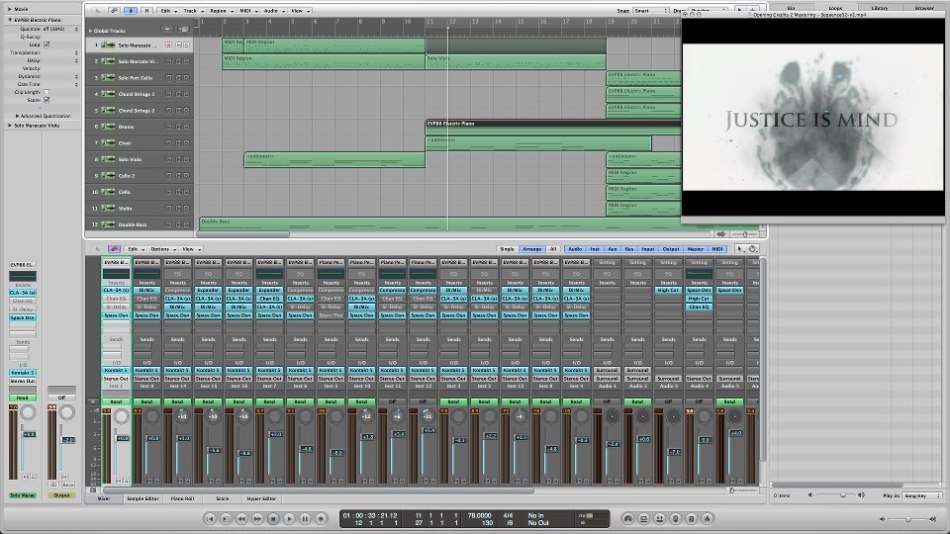 It’s not from the bridge of a starship, it’s the mixing controls for creating the Justice Is Mind score.