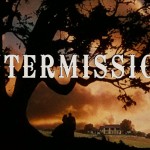 The only right Americans seem to have left is freedom of expression.  Before you continue reading this blog post, I caution you that I have strong dissenting opinions from the popular norm.  If you are easily triggered by articles and opinion that don’t conform to your beliefs, you may want to stop reading now.

The United States of America is now basically a police state. I honestly never thought in my lifetime I would see my country become a dictatorship overnight. We talk about the draconian leadership policies of countries like North Korea, the former Soviet Union and the present Venezuela, as corrupt and barbaric.  Well nothing is as barbaric as when a handful of politicians decide who works and who doesn’t. What industries are allowed to thrive and which ones are allowed to collapse. Who can pay their bills and who must go bankrupt. Who has rights and who has none.

Detractors to my commentary will state that we have a pandemic and that these measures were necessary. We certainly do have a global medical crisis that is being addressed. This is not the first time in human history nor will it be the last, but was this the way to do it? Was there no other alternative except to disrupt and ultimately destroy the lives of tens of millions around the world?  I read an interesting story this week on Reason on where blame can and should squarely lie for this crisis.

I think it is safe to say we are all doing what we can during this intermission. For me it’s keeping focused and staying active (yes, that means going outdoors—daily). The one thing I’ve taken is social distancing literally. It became clear to me some time ago, and was further reinforced by this crisis, that social media has been a permanent destructor to our way of life. Social media is like high school, you have to follow the lambs no matter the direction they are going. You have to agree en masse, regardless of the subject, or you are treated as an outcast.

When you post a dissenting point of view people attack because they believe they can while hiding behind the safety of their screens. The one good thing that has come from this is the revelation of people’s true personalities and what they really think. I now have a list of people that if I never see them again it would be too soon. Life is too short to put up with their nonsense and self-righteous personalities. It is those that are ignorant and full of fear that want to pull you into their vortex of negative energy. I’ve always known that I’ve had some people in my orbit that have depressing personalities and traits that should have been addressed by a good psychologist years ago. Everything with them is doom and gloom. For them the glass is always half empty. If I didn’t know any better, I swear they love what’s going on because they can pull as many as they can into their cabals of virulent thinking. I’ve never taken refuge in community, I take it in common sense.

But one thing that is far from over, is a new side of humanity that I have truly enjoyed seeing. It is those that I meet when I’m outside, walking, running or hiking. It is those that understand we have a crisis but are not in panic mode and don’t feed into fear and ignorance. It is those that you can have a conversation with without them being hysterical or dictating.  It is those that know this crisis will pass and there will be some return to normalcy. To be frank, this group, I firmly believe, far outweighs the naysayers.

The willful destruction of the economy, the failure to handle this crisis in other measured ways, the coming destruction of our environment (something the President hates anyway), the suspension of constitutional rights and guarantees. Remember folks, it’s important to remember your elected officials chose this path. Your elected officials decided that to address this crisis, the whole world must suffer. We all know that when the curtain opens on this intermission of life that the revelation of destruction is going to be 1,000x worse than any medical crisis.

I say this to all Americans. We fought a World War to ensure that dictatorships and fascism were beaten. Well, look around you. There are the fortunate few that are working and the rest that are told they are non-essential. Just how long do you believe the government is going to underwrite the latter? Just how long do you think seven billion people (to say nothing of the 300 plus million in this country) are going to tolerate the lunacy of conflicted messages by elected officials and the abdication of human rights and dignity? Brace yourself for a bumpy ride. We aren’t even through the second act of this drama.

A Civilization Gone with the Wind 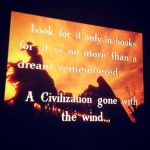 This past week First Signal went to picture lock. This is a milestone in any film as it means that we are in the home stretch of post-production. The next steps in the process are color grading and sound mixing. We are still on schedule for a May completion. However, just as I was going to register for The Marché du Film (Cannes), the market was postponed until possibly late June.

Prior to this postponement, film festivals, sporting events, theaters and all forms of gatherings were being cancelled around the world. Countries were closing their borders, entire industries shuttering, tens of millions suddenly out of work. Companies instructing their employees to work from home. Financial markets all but collapsing overnight. The stock market losing trillions every time the bell rang. The military called up. Elected officials instituting never to be believed powers. The Department of Justice looking to suspend Constitutional rights. No, this isn’t a movie this is reality on planet Earth.

The existence and livelihood of 7 billion people is being threatened by a virus that has a worldwide case count of 318,000 and 13,000 deaths. Another statistic that is only now getting discussed is how many have recovered — 96,000.  The question that begs to be asked is how long can this go on before the worldwide economy is permanently broken? A scientist friend remarked to me this week “that a good economy isn’t much good if everyone is sick.” My response was simple, “The sick need a good economy to get better. If we don’t switch it back on, there won’t be the capital to fix this problem.”

Yes, we certainly have some sort of new virus that needs to be sorted. Yes, people will die from it. But equally in the affirmative are the number of people that are recovering. The CDC states that from October – March 38,000,000 had the flu with 17,000,000 doctor visits, 390,000 hospitalizations and 23,000 deaths (these are all on the low end). Odd, I don’t recall the United States and world economy being shut down over this. But for some reason this new virus is going to “overwhelm” our hospitals. Who came up with that narrative? But one thing is a fact, this new virus has brought out the worst in humanity.

I’ve talked to a variety of people around the country and the world. None of them can believe we are in the present situation. We saw how fast governments and elected officials closed the world. We saw how fast the media (particularly cable news) and social media fed this frenzy. We saw how fast they stirred the world population into hysteria. We now see how civil liberties and constitutional guarantees are being threatened. I’m not a conspiracy theorist, but for those of us that think, one does need to question what happened. Why now? What truly is the reason behind this?

For the few I know that have lived through World War II, the country was never like this. Yes, food was rationed, certain products just weren’t available and forget buying a car. But for some reason, this virus calls for a worldwide economic collapse. In general the world, particularly the United States, was enjoying a solid economy with record low unemployment. In a week, that ended.

At some point, hopefully soon, it will need to be decided to switch back on the economy. Because one thing is truly certain, people, companies and governments will run out of cash either during the shutdown or when the unemployment ranks swell into the tens of millions when those less fortunate will need government services such as food and housing just to survive.