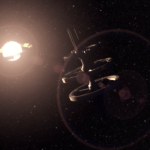 This past week First Signal premiered on The Roku Channel. With Roku, First Signal is now available on five major VOD platforms and is virtually available anywhere in the world. While I was certainly hoping for a solid distribution deal when I was producing First Signal, I honestly had no idea where the film was going to go. The one thing I was sure of, is that the film had to be placed properly if I was to continue developing and producing films.

On the subject of producing, over the last couple of months I’ve been participating in a variety of seminars and discussions on film financing. While the industry has changed from a technology (production) and distribution POV, the world of film financing is still populated with the usual characters and discussions – i.e., if you pay for services, you have a better chance of success.

Before I get into the weeds on film financing, let me break it down. When I say film financing, I’m talking about raising a couple of million (or more) to produce a feature film or a series.  The “dream” way is that an agent, producer or production company discovers your work and sets up the project. The way that takes “work work” is pitching and presenting your project to the aforementioned entities. This is where the usual characters and discussions apply.

While there are many qualified, talented and connected people that are selling their services and introductions, all I can say is caveat emptor – let the buyer beware. When you listen to these people there is a narrative that populates the majority – if you don’t do it their way, you won’t be successful. While listening is important, at the end of the day you just must throw caution to the wind and produce. There is no easy path to producing. Whether you do it yourself or in partnership with others, the risk and reward are the same. The only difference is the dollars – are they yours or someone that’s investing in you.

One thing I learned when revisiting this world of film financing, is that I discovered that some folks that were pitching their projects over ten years ago are still pitching and paying along the way. How much money do you need to spend on contests, experts, etc. to get that perfect approval? You could spend from here to next never and still not get a green light. But one thing you can do, is listen, research, plan and then produce – on your own. I’ve taken this approach on five occasions with three shorts and two features. Had I waited for all the planets to align, my two feature films, Justice Is Mind and First Signal, would still only exist as a script.

Although I’m often approached by filmmakers on a variety of topics, I never sell my services. What works for me, might not work for you. What I do contribute is my experience. Some may like my approach, while others might find it too direct.

All this being said, while I continue to pitch and present, I’m actively working on self-producing my next project. I can’t wait for next never!