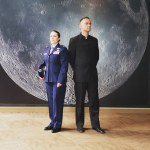 Since I returned from AFM last month, in addition to post-production work, I’ve been building out the marketing and release strategy for First Signal. For marketing, it’s about verifying media contacts, researching new outlets, creating talking points and a million other details. The goal is to create awareness and reach First Signal’s intended audience. I don’t shirk those responsibilities. In fact, it’s part of my job as a filmmaker.

The one thing that was painfully apparent at AFM, albeit not surprising, was the limited marketing/pr resources that a sales agent/distributor was going to bring to any single title. This is not necessarily the fault of the agent/distributor, it simply comes down to resources. If they have a couple of hundred films in their respective catalog, there is only so much time they can allocate. But at the end of the day, they must have some sort of plan—especially if they want to charge for it.

I recently turned down a contract from a sales agent. While the contract was littered with tens of thousands of dollars in fees, there was no marketing and release strategy for me to review. It was simply, send us your film (at considerable expense), we’ll see if we sell it, but we’ll still charge the film along the way. Um..no thanks. It shocks me that these one-sided contracts still exist. To turn a phrase “Send it and forget it” does not apply to film distribution.

Post-production is well on its way for an April completion. I wrote the trailer up just over a week ago. The VFX areas of the film are on their way to our visual effects supervisor. Every Sunday for the last few weeks I receive a section of score to review.  Although I believe it’s important to maintain a schedule with an end date, it’s equally important not to be rushed. On the marketing side, I have a general idea of where and when I see our first screening. Will it be a “world premiere” or just a private screening? That I’m not sure yet, but plans are moving forward.

My notes for the sequel to First Signal are starting to turn into some actual writing. I generally have the concept for the beginning and end. The sequel will be a continuation of events in First Signal while incorporating a good part of the storyline from my ebook First World: Covenant. I can always tell when the motivation to start writing again hits me—an idea for a scene or line comes to me and I stop what I’m doing and note it.

Satellite images of the Earth like planet Gliese 581 d come into view.

Good afternoon my fellow citizens. This government, as promised, has maintained the closest surveillance of the military buildup on the Channel Islands in the Southern Provinces. 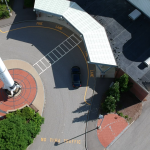