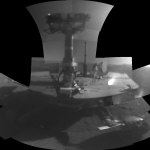 The shot list is complete and a preliminary schedule was worked out yesterday. It now goes to the actors, crew and the location partners for review. From what starts as a one person exercise writing a screenplay (I use Final Draft) now turns into project management. I can at least add another checkmark on my task list. But make no mistake, just because I checked off an item doesn’t mean that it’s completed.

One thing I realized years ago when I was publishing magazines was the importance of organization. In those early days being late meant paying heavy fees. In this industry it means that something doesn’t or can’t be filmed. Case in point the Air Force uniforms that we need. Do I buy them or rent them? While I have pricing for a purchase, I’m waiting to hear from the costume company. One thing I learned from producing Justice Is Mind is advanced planning when it comes to costumes.

In Justice Is Mind one of the actors had to be outfitted as an SS officer. I ordered the uniform from a Chinese company and it was shipped well in advance of our shoot dates. Although tracking showed that it arrived in the United States I still hadn’t received it yet. Finally, I talked to customs and got the “opinionated” custom agent on the phone who asked why I needed such an outfit. After I directed some choice words to him and cited certain regulations, the uniform arrived in time for our shoot.

While I look back at the scheduling for the number of events and films I’ve produced over the years, I realized I’m starting to develop an interesting inventory of wardrobe and props. I still have the original Nehru styled jackets worn in First World along with the briefing file the Prime Minster shows the President. It might not be bad to add Air Force uniforms to the collection.

In closing, NASA announced this week that the Mars rover Opportunity ended after a 15 year mission. When we consider the science this rover discovered over its decade plus mission, it truly paved the way for new “opportunities” as plans for an eventual manned mission to Mars come to fruition. For an original mission that wasn’t supposed to last more than 90 days, it is a testament in time, patience, research and excellence to all those in NASA that worked on this project.

Its stories like Opportunity that remind me of the day I first looked through a telescope and saw our neighbors in the solar system.