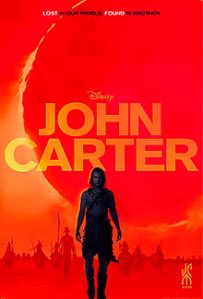 Last night I had the great pleasure of seeing John Carter. Although I haven’t read the Edgar Rice Burroughs’ Barsoom series it was based on, as a sci-fi enthusiast, I just had to see it. I’m glad I did. This was a masterful piece of storytelling. From the cinematography, to the acting to the story itself, I thoroughly enjoyed it.  In “development hell” for almost 80 years, it’s pretty clear when you see this film where George Lucas got some of his inspiration for Star Wars.

Reportedly produced for $250M but only taking in just over $100M this weekend, it looks like this first entry into the John Carter series may be its last. The biggest complaint by far has been the overall marketing of the film. I admit, I only went to see it because I love sci-fi. In my view, the trailers didn’t represent the film I saw in the theatre. Let there be no mistake, a trailer has all the heavy lifting in the film marketing process—it has to drive sales. 2012 had a brilliant trailer, but the movie itself was an embarrassment. 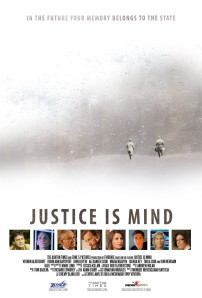 servicefor that matter). Sure, you have to cast and shoot the film properly before it’s handed over to an editor to bring the story to life (a good story helps as well!). But you also need to know who your target audience is.

With Justice Is Mind, while I pretty much thought it was going to be the 40+ plus crowd, the audiences at Olde Mistick a few weeks ago cemented that. It wasn’t just the age of the audiences it was their enthusiastic and thorough questions. As networks produce pilots for test audiences, “shorts” can accomplish the same process for feature films.

With my other project, First World, I made the mistake of trying to broaden this sci-fi epic into festivals that were largely drama based. Oh was that an “epic” fail. I found the audiences for First World in the sci-fi convention and festival circuit with even more enthusiasm for the project oversees. That’s why at one point we nearly had a lock on financing from China and Germany. Too bad the economy collapsed in 2008.

So with short films in hand and distribution in place, the pitch process continues to raise funding for their respective features.

Justice Is Mind – With the latest in MRI technology able to scan memory, how do you defend yourself against your own mind when it reveals a murder you committed – one you cannot remember but only a trial from history will solve.

First World – China’s first manned mission to the Moon reveals the Apollo 11 cover-up that mankind has never been alone.

This past week I received some good reports on the funding front for Justice Is Mind only to find another great possibility for First World.  Will they lead to a closing? Of course I hope so. But until I hear President Anderson in First World say “I had to learn from the British that our entire space program has been a lie,” and Henri Miller in Justice Is Mind say “How do you win against your own mind?” the journey to feature continues. 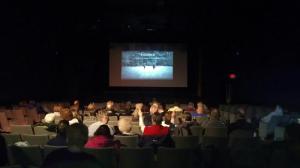 I have to confess I was more than a bit nervous about screening Justice Is Mind: Evidence at Olde Mistick Village Art Cinemas in Mystic, CT. Was I happy with the short film? Absolutely. But what were audiences going to think? At the end of the day, it’s not just important that I love Evidence audiences needed to enjoy it as well. For some, filmmaking may be vanity x10, but for me it’s about audiences appreciating the work. We weren’t screening at a film festival where this short was bunched with other shorts, we were screening before, then Oscar favorite, The Artist (I loved this film and was so happy it won for Best Picture).

confidence with microphone in hand, “Are there any questions?” The moment of truth was less than two seconds away. To my relief, I was overjoyed by the enthusiasm and questions the audiences had. They were engaged, insightful and thoughtful. More importantly, they wanted to see the feature. Of our three screenings, I was joined by Toula Coin for the 2nd and 3rd. Toula played our wonderful news reporter and is a resident of the area. She made the introduction to the owner of the theatre to screen Evidence.

Screenwriters tend to create in vacuums. I can’t speak for others, but I generally write about subjects that appeal to me without much interaction. Then, after we complete our work, we pass it around to a trusted few for opinions. Feedback in hand, if we can, we produce the work and open it up to visual interpretation. Trust me, there is nothing more rewarding as a writer than seeing your work come to life on the big screen. Of course, there is nothing more terrifying as a writer than negative feedback. But as I’ve often said, this is not an industry for the thin skinned.

With our next stops for Evidence being the upcoming release by our distributor along with our first international screening in April at Olympus 2012 in London, UK and in May at Balticon 46 in Hunt Valley, Maryland, my efforts to secure funding for the feature film continue in earnest.

Our IndieGoGo crowdfunding campaign concluded with $2,330 raised by 20 funders! Not only do those contributions bring us that much closer to our goal to produce the feature, but that’s 20 more people we can count on in spreading the word. When I was talking to a fellow filmmaker in Kenya, Africa this morning via Skype we both talked about getting the word out for our respective projects. After all, every team needs its cheerleaders.

Indeed filmmaking is a commitment far past the popular phrase, “That’s a wrap!”