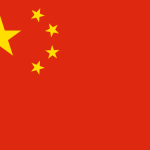 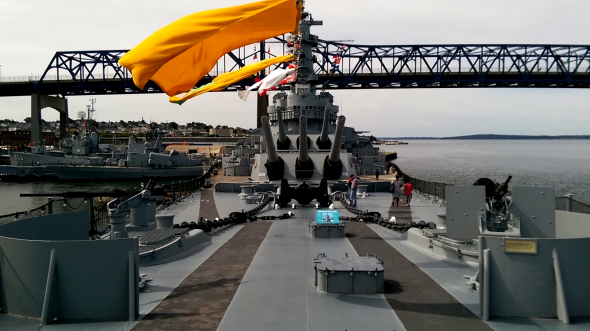 The USS Massachusetts at Battleship Cove.

Yesterday I attended the annual World War II Saturday at Battleship Cove. While there seemed to be less reenactors than last year, I found it just as engaging and interesting. If I come away with having learned a few more moments during that time in history, it’s well worth the visit.

By example, I learned some interesting details behind the Sino-American Cooperative Organization (SACO). Sure, I was generally aware that the United States and China had some sort of cooperation during the war, but when it’s illuminated it puts it in perspective. That “perspective” continued after SACO dissolved which was followed by China’s civil war.

Justice Is Mind was picked up by China Mobile.

Speaking of China, Justice Is Mind has been picked up by China Mobile as a flat licensing deal. As I understand from our distributor, it’s now going through censorship and localization on their end. It will certainly be a milestone to break into the Chinese market. One does not need to be a filmmaker or read the industry trades to know that China is one of the leading film markets.

Given the tumultuous state of U.S. box office revenue this year, it’s imperative that these foreign markets are available to filmmakers.  For Justice Is Mind and First World our primary foreign market is the United Kingdom. I have also noticed that viewership in Japan is picking up.  But one driving force that continues to put films front and center is the importance of a marketing plan.

I can’t tell you how many times the marketing plan for an independent film seems to begin and stop at the industry trades. Never mind when you read the first cut to studio budgets seem to be in marketing.  As I have often said you can have the greatest project in the world but if nobody knows about it nobody will care.

As soon as I finish writing a script, I start working on the marketing plan in terms of a target audience.  With distributors relying more and more on filmmakers to assist in the marketing plan, there really needs to be one in place before the first scene is shot. With First World it was science fiction conventions. With Justice Is Mind it was law schools and universities that focused on neuroscience. With Serpentine: The Short Program it was the Ice Network. Yes, like the aforementioned, films have their primary target audience then they broaden out from there.

Target marketing with Justice Is Mind.

Amazon is a perfect example of that. Someone might have heard about Justice Is Mind from our primary plan, but found the film on Amazon. Their algorithm then points customers to other recommended films. At that point the plan is relatively complete. But it all starts with that primary plan to push consumer awareness then generally continues with social media and other digital marketing tactics on an ongoing basis.

It’s hard to believe that it was five years ago this month that we were producing Justice Is Mind. Yet here we are five years later with new markets opening. The greatest thing about the world of film is discovery. It doesn’t matter when the film was made, it’s about when a customer learns about it for the first time. In today’s world of VOD a film no longer has a shelf-life.