This past Saturday marked the 12th screening of Justice Is Mind since our world premiere last August. And while we have screened to enthusiastic audiences from New England to Los Angeles, our screening at Plimoth Cinema was particularly exciting as audiences were tremendously enthusiastic and supportive of the film.  Adding to the excitement, fourteen actors from Justice were present. Not since our world premiere in Albany did we have such a turnout.  The result? A record single screening box office gross for Justice Is Mind!

Mark Lund, Vernon Aldershoff and acting coach Kevin Lasit (who trained many of the actors in Justice from the Plymouth region).

The enthusiasm and support carried forward to some terrific unsolicited posted comments “Justice Is Mind was brilliant and a film worth seeing more than once.” “Quite the twist and an amazing piece of movie magic.” “As good or better than so-called “studio” films.”

Meeting my cousin Jean Cote after more years than I can remember.

For me personally the evening was an emotional roller coaster. While I knew the local actors in the film were going to be in attendance, I didn’t expect to see Vernon Aldershoff (who lives in the Albany, NY region). Here I am standing around talking to some attendees and I casually look over at the box office and there he is buying a ticket! What a wonderful surprise that was. Oh but it didn’t stop there. No sooner after talking with Vern for a few minutes than did a gentleman introduce himself to me – a cousin who I have not seen since I was about five.  When he told me he has been following my career and came down special to see me it was pretty moving. In that instant I realized that I have a family bigger than what I’ve always thought. Something tells me it’s time for a family reunion! 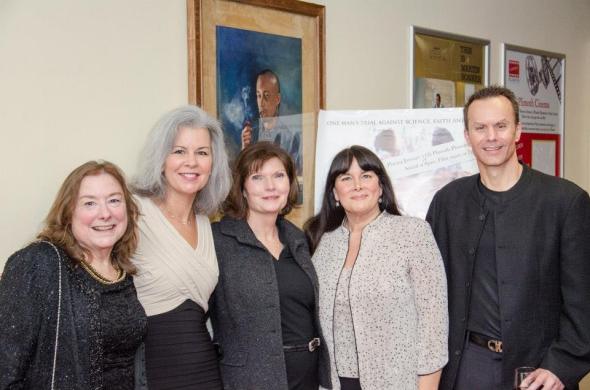 As I’ve posted before, successful screenings like this do not magically come together. A very special thanks to Mary Wexler (Judge Wagner) and Gail Sullivan (Helen Granger) for all their hard work and dedication.  Since the January 11 screening was announced both of them have worked tirelessly to promote the event. Their hard work was front and center on Saturday night.

A box office gross record for Justice Is Mind!

Just before the weekend started we had some great media placements. PAC-TV was our first TV interview. Based in Plymouth, they just did an amazing job presenting Justice Is Mind and bringing the story to the Plymouth actors that were in the film. The Barnstable Patriot also published a terrific article titled “Whose mind is yours, anyway?” My favorite passage by writer Lee Roscoe, “In the film, past life memory and future mind tapping by machines merge in a psychological thriller, which develops slowly and then grips you with its logical twists and mysteries, haunting you afterward.” Sadly, despite a written agreement, Cape Cinema (Dennis, MA) pulled Justice Is Mind (the day after our

screening in Plymouth) claiming we weren’t supporting the upcoming screening. Seriously. To protect the reputation of the film I forwarded the email trail to the press we were working with and our lawyer. The trail not only proves opposite what Cape Cinema stated but that this “theatre” wasn’t supporting us either despite their agreement to us.  Unfortunately, there are those unprofessional types you come up against in this industry but I’ve never been one to let one small storm cloud get in the way of great weather. Moving on.

And so with a new box office gross record in hand for Justice Is Mind, a thank you again to Mary, Gail, the actors, the attendees (including my cousin!) and the Plimoth Plantation for a fantastic screening. As we prepare for our VOD release, while working on additional theatrical screenings, please take a moment to view our pictures from Facebook from Saturday’s screening. 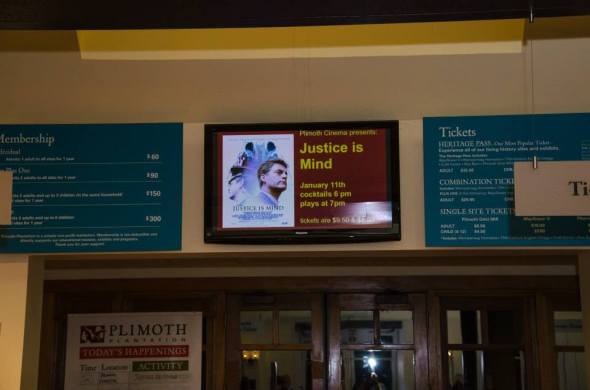 They are used during times of war and for government continuity. They are a place where thoughts can be concentrated and orders can be given. In so many ways, it is also how a writer works – in a bunker.

When a screenplay is written it just doesn’t magically come together with a few keystrokes. A writer creates an entire world in their head with numerous characters, plots and scenes coming to life. For me at least, this has to be done in a bunker-like fashion. I need quiet. I need to concentrate. You will never find me writing in a coffee shop or with other writers at a retreat. Call me an isolationist, but I just don’t want the distraction. Honestly, some of the best ideas for scenes (particularly of conflict) come to me when I’m at the gym. Go figure. All writers have their oddities and that is mine. OK I have another, I get strange looks from my cats when I’m talking out dialogue. 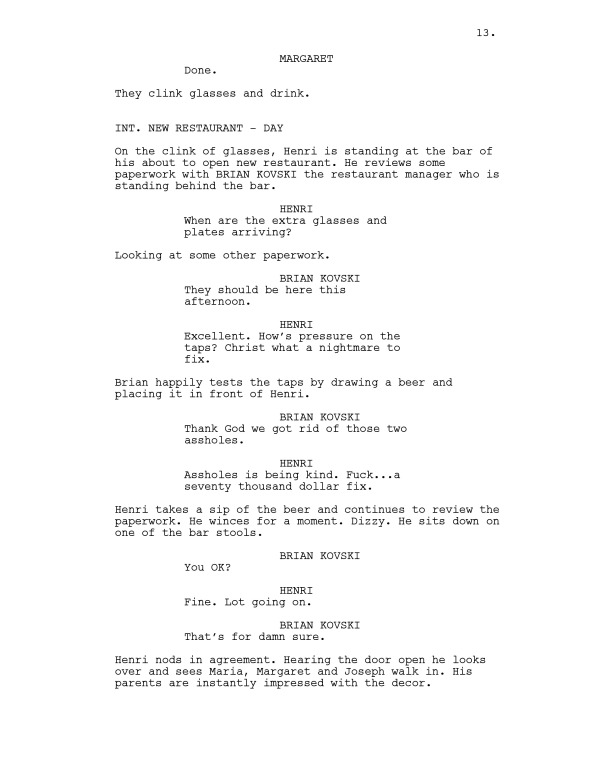 That scene in the script.

I’m also not the type of writer that spends months creating these worlds only to option it off to a production company to let someone else create their view of my vision. Sure, an immediate paycheck is nice (if at all), but I take a long term view of my projects – development.

Having launched and managed a publishing company in a previous life, I think I’m just used to writing business plans (yes, I still believe in them) and working all the angles to raise the capital and making it happen. As I’ve said in previous posts, there is nothing more satisfying that seeing your written word come to life. 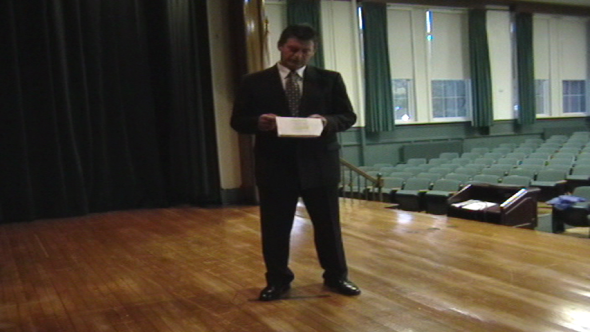 Vernon Aldershoff auditioning for the role of Henri Miller.

I’ll never forget my early days of developing Justice Is Mind. Yes, the idea came to me when I was working on the sequel to First World. Although I have written the feature length screenplay and produced a short film version for First World, as that is a multi-million dollar project, it’s just taking more time to develop. My goal with Justice Is Mind was to write, produce and direct a large scale feature on a micro budget to prove what I could and ultimately wanted to do. The proof was in our world premiere last August.

Heading into 2014 with our 9th and 10th theatrical screenings for Justice Is Mind on January 11th (Plimoth Cinema) and 24th (Cape Cinema) and with our Video on Demand plans coming online shortly, now could not be a better time for independent filmmakers. Simply put, we have a myriad of options to distribute on countless platforms. As I continue with our distribution plans for Justice Is Mind, which includes more theatrical screenings in the United States, the international push begins in earnest this year. 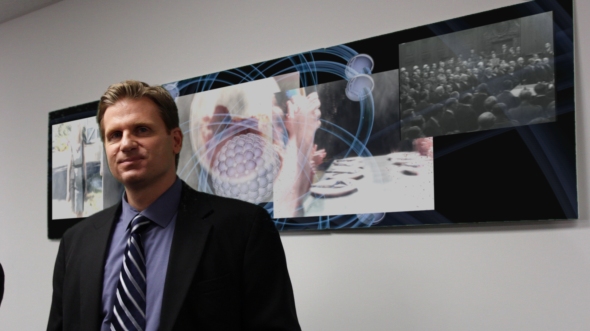 What has happened with the development of Justice Is Mind, started with First World and now will continue with my new political thriller – you build your base of supporters which includes actors, crew, marketing partners, investors and fans. From world building on paper to bringing it to life, but like all realities you have to keep it in check and it has to be managed. For me it all comes down to the bunker with a desk in the corner.

Our Plimoth Cinema listing. Click the picture to buy your tickets!