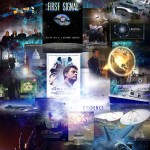 The one thing about preparing for a film market is that it makes the process of filmmaking all the more real. It compels you to organize your marketing materials and position your film for the market, from building a website, to sales cards, to online profiles, stills and any other materials that showcase your film. The adage, if you build it they will come, doesn’t work in this industry (or any other for that matter).  It’s not enough to make a film, you have to tell the world about it.

When I was organizing my home office yesterday, I found a variety of sales materials from last year’s AFM. I found a sales card for one film that at the time was in post-production and represented at the market by a well-known production company. When I looked the film up on IMDb, it was still in post-production and that production company was no longer affiliated with it. There could be a thousand reasons as to why this film is still in post or the company that was representing it no longer is. The one thing I do know, is there needs to be a Plan A, B and so on.

I was reminded through Facebook memories this week about the numerous screenings we had for Justice Is Mind. The year following our release in August 2013 was a very exciting time. Not a month went by when there wasn’t some sort of activity, be it a theatrical screening or media report. The apex of Justice Is Mind was our international premiere on Cunard Line’s Queen Elizabeth ocean liner. There was a moment during that cruise when I was standing on deck reflecting on the journey Justice Is Mind took to get to that moment. Suffice to say, it’s important to stay focused, believe in your project and move past any and all naysayers.

With First Signal now past the halfway mark in post-production, I see what opportunities lie ahead. But I can’t help but think of the journey it took just to complete principal photography. Despite the substantial challenges we faced in pre-production (too many to list!), First Signal eventually found its dynamic locations and talented cast and crew. If this process was easy everyone would be doing it. To quote President Theodore Roosevelt “Nothing in the world is worth having or worth doing unless it means effort, pain, difficulty… I have never in my life envied a human being who led an easy life. I have envied a great many people who led difficult lives and led them well.”

To the outsider, they see a film and think it comes together magically. They generally have no idea what it takes to go from script to screen. When I attend the American Film Market in four weeks, I’ll come across hundreds of films each with their own unique story in various stages of production—all looking for a home. For me, this market will be one of many interesting ports First Signal visits.

With this post, I’m pleased to present two additional stills from First Signal and The Ashton Times AFM 2019 poster representing my projects.