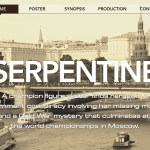 After seven months of writing and research, along with attending a World Figure Skating Championships this past March for inspiration, I announced my latest project on Friday. Serpentine – A champion figure skater finds herself in a government conspiracy involving her missing mother and a Cold War mystery that culminates at the world championships in Moscow. The official website can be found at this link.

The name of the project came to me the first week I started to write it. In figure skating the word “serpentine” is used throughout a variety of areas from figures to footwork, to spiral sequences and generally consists of an “S” type of pattern. Serpentine is also mentioned in cryptography and as a code word. For this project the title Serpentine links all aspects of this story.

For independent filmmakers it’s one thing to write the screenplay and come up with a title, but then there are numerous aspects that need to be addressed prior to launch – writing a logline and synopsis, building a website, sending the script to trusted sources for review and comment, registering the script with the Writers Guild of America and U.S. Copyright Office and submitting the title to IMDb and other sources (thank you Rotten Tomatoes!). Then comes development and bringing the project to life.

Those that follow me on social media or this blog, know some of the groundwork that I’ve been developing. In as much as it’s important to keep a public face, there are those countless conversations and presentations that go on behind the scenes that are not discussed publicly until they are a done deal. Remember Justice Is Mind’s international premiere on Cunard Line’s Queen Elizabeth? That was months in discussion before the approved press release.  I could have announced Serpentine months ago, but I wasn’t finished with the screenplay and had to ascertain a variety of areas within the sport to see if I wanted to move forward. But forward we are moving.

I could not be more encouraged by the response Serpentine has received since Friday. But suffice to say the next couple of weeks will be inordinately busy. From developing location deals to securing talent, I plan to post this week for cast and crew. The goal is to produce the short sometime in October with an early 2017 release. If all goes well, the idea is to produce the feature in 2017 with release after the Winter Olympics in 2018. 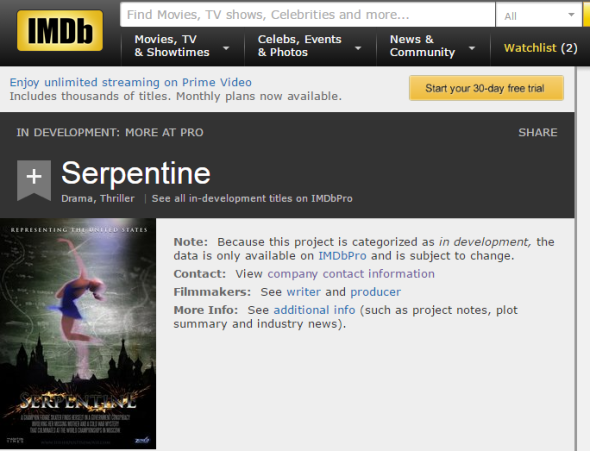 Does this plan sound remotely familiar? It should. I produced a short film version of Justice Is Mind titled Evidence in 2011. The release of the short in 2012 led to the production of the feature film later that year with a 2013 release.  In the case of Serpentine, the plan is produce the first ten pages of the script that introduces the primary characters and storyline.

Before I close this post, I want to thank those that have supported me in developing this story. Your words of encouragement and comments on the project have been greatly appreciated over the past weeks and months.

But foremost in those thanks goes to Adam Starr who designed the concept poster you see below.  I have been working with Adam since 2000 on numerous projects. In fact, the first project he did for me was a corporate promotional video for my old publishing company. In terms of posters Adam designed First World, Evidence and Justice Is Mind. To learn more about Adam and the story behind the poster, please visit the website.

On the ice. Representing… 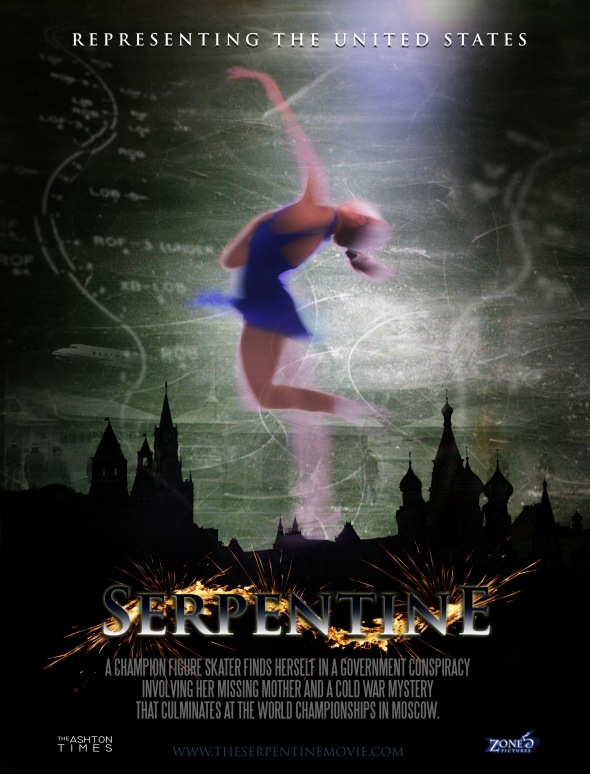