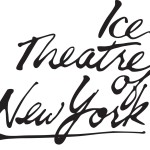 There are those times when you are just going about your business when suddenly the phone rings. I can’t speak for those that read this blog, but when my phone rings, and I don’t recognize the number, I just let it go to voicemail. I was pleasantly surprised, and pleased, to learn that it was a former colleague from my days as the publisher of a figure skating magazine. She was calling from the Ice Theatre of New York and advised me that they were honoring my skating coach from my days at Sky Rink at an upcoming event.

During my call with Jirina (who is the Executive Director) we reminisced about those years at Sky Rink (1980s) and the glorious decade that followed that saw the sport grow as an industry around the world. Many of us that worked in the sport saw our enterprises grow to levels we only imagined.

But for me the origins go back to the late 1980s and Sky Rink. This was a rink that was literally in the sky. In the case of Sky Rink, it was on the top floor of an office building. It was during those years that I met my coach Darlene who not only trained me harder than any coach I had previously, but did it with pride and levity. She used to call me Louella after the famed columnist Louella Parsons for the stories I would tell. Who would have thought that years after I would launch a newsmagazine that became the world’s largest in the sport.

It was during the Sky Rink days, that I was introduced to Moira the founder of the Ice Theatre of New York. While I always had an appreciation of the arts from dance, ballet and classical music, this was an organization that married all these disciplines to the ice. The result has been a decades-long “ice theatre” that has continuously presented new ways for audiences to enjoy the art of figure skating. The first event I ever coordinated was their storied annual gala. Those early experiences paved the way for the career I have enjoyed.

To learn more about the Ice Theatre of New York and their 2022 Benefit Gala and Performance, please click this link. This year’s event honors Olympic Ice Dance Champions Jayne Torvill and Christopher Dean with Darlene Parent and Wade Corbett as Alumni Award Recipients. Tracy Wilson and Brian Orser will co-chair the event while Betty Wasserman is the Ice Angel Award Recipient.

It has been an interesting week walking down memory lane as Facebook reminded me about the 2016 World Figure Skating Championships that were held in Boston. Aside from an appearance on ESPN’s 30 for 30, I hadn’t been connected to the sport for many years. Suffice to say it was a wonderful reunion of friends and colleagues from days long past.

For it was at those championships that I conceived the idea for Serpentine – a political thriller set in the near future with the logline, “A champion figure skater finds herself in a government conspiracy involving her missing mother and a Cold War mystery that culminates at the world championships in Moscow.” They say life works in mysterious ways. With current world events, who knows, perhaps Serpentine could be the next project.

But whatever project of mine comes next, one thing is certain, it all started in New York.