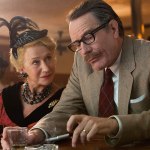 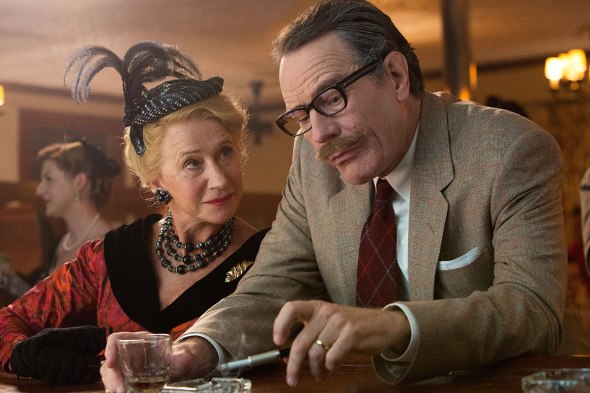 To be a theatrical marketer you just have to do what I do when I go to the movies these days—you find someplace to sit in the lobby and look at theatergoers. I’ve worked in consumer marketing in one form or another for over twenty years and it just comes down to patterns. First, as a magazine publisher and then as a filmmaker. In the former, I targeted the fans of a particular sport (age didn’t really matter), but in the latter it’s a demographic. 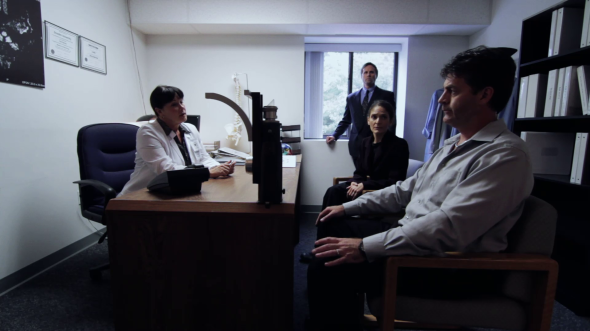 Theatrical audiences for Justice Is Mind averaged 40+ in years with an even split in gender.

Since I wrote First World back in 2006, and produced a short film version in 2007, I’ve known for some years that attendees of the science fiction convention circuit generally skewed in my age group (I was born in 1965). So when I wrote Justice Is Mind in 2010, I thought it would generally appeal to an older audience who may have counted TV series like Law & Order as their favorites along with films like The Andromeda Strain and the more contemporary Gattaca. The theatrical release of Justice Is Mind proved my theory when the majority of those that attended our screenings were 40+ and evenly split between men and women.

Of course, when you’re writing a screenplay it’s all guesswork isn’t it? Despite the best laid plans you really have no clue how it’s going to do. Yes, studios and some filmmakers do test screenings, but unless you are going to poll the entire country you just have to hope your film will find an audience through your marketing plan. But one demographic that is doing exceeding well are older audiences. Before there was Netflix, Amazon, and even Blockbuster, we went to the movies.  Seeing a movie in a theater was an experience you weren’t going to get on television. I’m not discounting the importance of the younger generation that of course goes to the movies, but the generation I’m in is a bit more predictable – they want to see great stories come to life on the big screen. 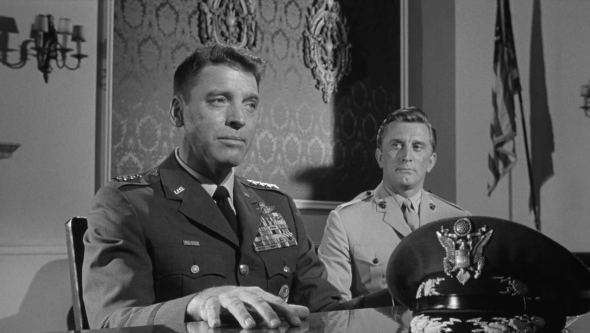 SOS United States can be compared to Seven Days in May (1964) meets Clear and Present Danger (1994).

As for great stories, I saw Trumbo this week and just thought it was a brilliant film. For me, I’ve always been interested in stories that revolve around the Golden Age of Hollywood and the Cold War. Throw both of those interests in and I’ll be the first to buy a ticket!  Trumbo did not disappoint. Considering the ground it covered in 124 minutes, the story really captured a time in Hollywood and a political climate in the United States all those decades ago that I believe we are feeling now in the 21st century. You know what they say about history, it has a nasty habit of repeating itself.

As an article in The Wall Street Journal stated this week, there is a booming business in grown up films. When the $600,000 budgeted film Grandma returns $7 million in box office, that’s a serious profit and a business model that works. 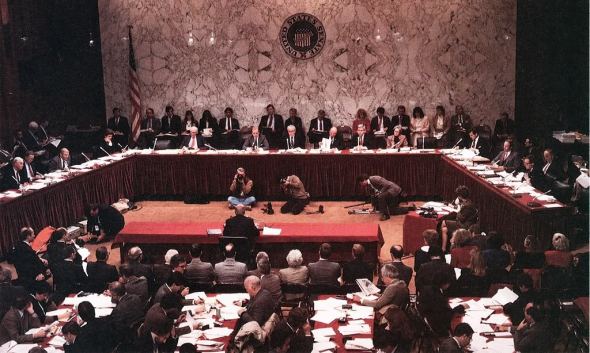 “McCarthy era” like hearings on mind reading take place in In Mind We Trust , the sequel to Justice Is Mind. 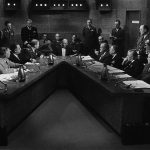 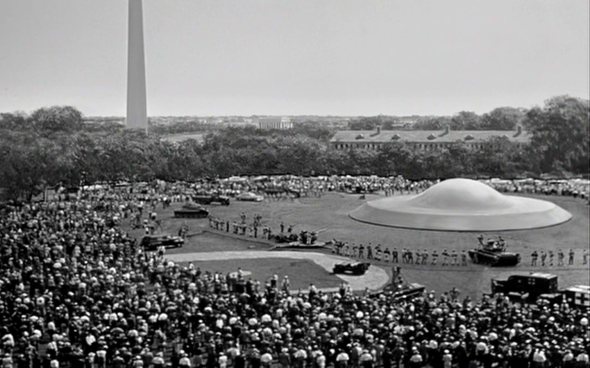 As filmmakers we draw inspiration from other films, life events or experiences to create. It’s been well reported that Gene Roddenberry was inspired by Forbidden Planet to create Star Trek and that George Lucas was inspired by Flash Gordon (and other films) to develop Star Wars.

For me, the inspiration to create First World came from film and television. Two of my favorite science fictions films are The Day the Earth Stood Still and Capricorn One. Then there is the iconic TV show Space: 1999.  Sadly, Capricorn One has been largely forgotten but for anyone who wants to see a good space conspiracy thriller with some great actors and cinematography, it’s a must watch.

As for SOS United States, I’ve always loved a good political thriller especially those from the Cold War. Discovering Seven Days in May and Fail Safe along with my love for ocean liners, I created a political thriller that is starting to gain some traction. With political thrillers on the rise, coupled with current world events, the timing is good.

Of course, for those that have seen Justice Is Mind you know what my primary inspirations were – Law & Order, The Andromeda Strain, Fringe and, yes, Dynasty.  In so many ways, the genre mix in Justice Is Mind is reflective of what we are seeing today – especially on TV. As for my inspiration for In Mind We Trust? That would simply be Justice Is Mind and a conflux of current events. 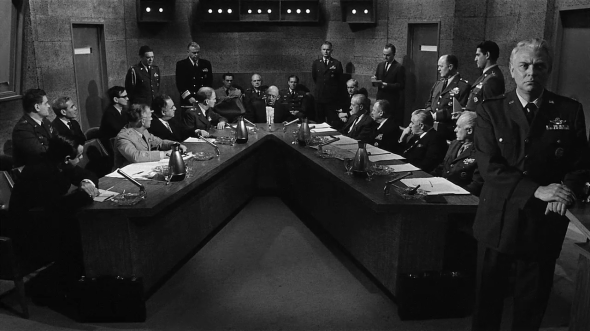 It’s one thing making your film but it’s another getting to market. When the aforementioned films were made they were simply distributed by a studio. Pretty standard in those days. Ask any independent filmmaker and you not only have to be the creative behind the script, but a distributor and marketer at the same time.

Reading about the various challenges filmmakers faced at Tribeca to bring their films to market along with a myriad of interesting comments by Julianne Moore about independent films at CinemaCon, while there is tremendous opportunity to get your film in front of an audience, the navigation of this industry on the distribution front continues to intensify and diversify. 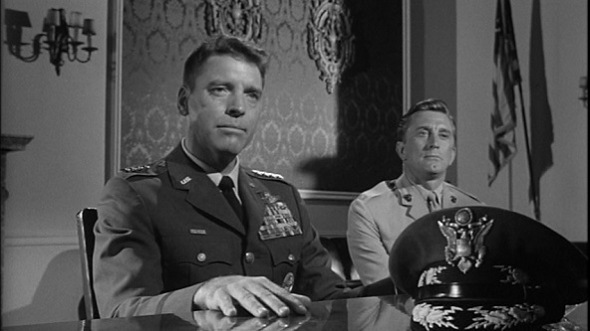 There was a pretty good article titled The Distribution Equation on Cultural Weekly that is worth a review. The big question I would love answered is why would independent films with limited theatricals runs sign with a distributor (for theatrical) if that was going to create a loss against the title of your film? It simply makes zero sense from a business point of view. Justice Is Mind has had 12 theatrical screenings and has grossed $13,357. Our total out of pocket costs were just over $500 (mostly from printing posters). On my end it costs nothing but time to present Justice Is Mind to theatres, write a press release and pitch the media.  For me, from a business point of view, it’s much more important to show profitability than perception of “we signed with so and so”.  “So and so” might look good on paper but red ink is still red ink.

This past week I pitched Justice Is Mind to another eight theatres. Yes, we have had a great run to date theatrically for our independent film, but why not make the pitch. You never know who’s going to say yes. 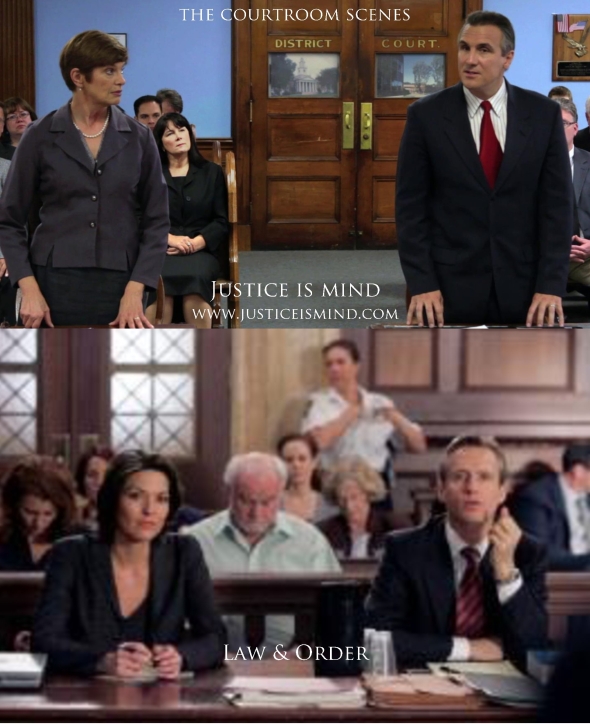