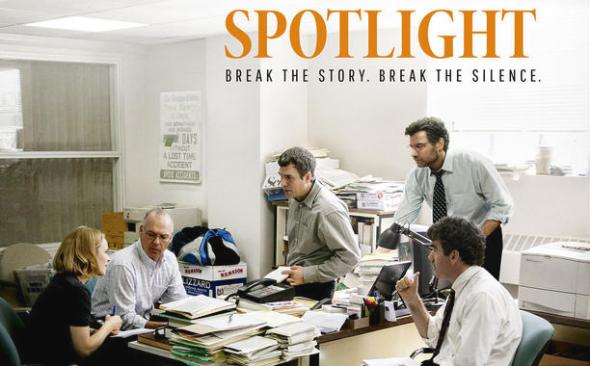 Spotlight. A must see film.

As 2015 comes to a close, it seems fitting to reflect on the past year as we look forward to 2016. The title of my end of year post is not only about the industry but about the movie Spotlight – “The true story of how The Boston Globe uncovered the massive scandal of child molestation and cover-up within the local Catholic Archdiocese, shaking the entire Catholic Church to its core.”  Having been a magazine publisher and now a filmmaker, Spotlight is an unprecedented film that must be seen. Simply put Spotlight presents the importance of investigative journalism as a filmmaking triumph.

On a personal level, I sadly know more than a few victims of sexual abuse by Roman Catholic priests. On a knowledge level, very few people in Massachusetts didn’t know about this travesty in one form or another. You either heard about it, or knew a victim. But it was the “Spotlight” team at The Boston Globe that brought light to the darkness of so many. Spotlight is more than just another great movie, it represents the power of film and reminds us about the vital role that journalists have in a democracy. They are the voice for the voiceless. 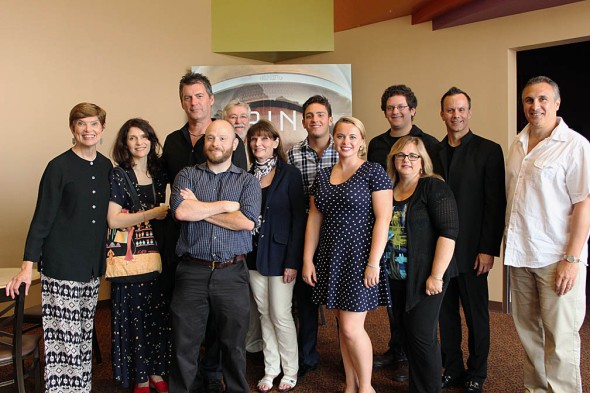 Some of the cast and crew of Justice Is Mind at the second anniversary screening on August 18, 2015 at Cinemagic in Sturbridge, MA.

I write passionately about this because when I was a magazine publisher there were more than a few times when I was pressured by the “powers that be” to silence a story by intimidation.  I never caved in. I worked for my readers, not for some institution.

2015 has been a great year for film. From Spotlight, Trumbo, The Martian to the return of Star Wars, there was something for everyone. I almost feel sorry for The Academy. They have some really hard choices to make. But what it proves is that independent film, despite industry reports, is alive and well. This year proved, yet again, that original ideas still flourish.

The highlight for me this year was the 2nd anniversary screening of Justice Is Mind this past August. In addition to a reunion of the cast and crew, our 21st screening was another reminder that audiences want to see original works and they don’t care if those involved are household names. They just want to be entertained.

“Arrested Memory” Justice Is Mind was featured in The Huffington Post in 2015.

Perhaps the icing on the cake was the volume of media that covered the event from Worcester Magazine to our first international coverage in The Huffington Post. As Pamela Glasner stated in her article, “Justice Is Mind takes on less of a sci-fi feeling and more of a ‘forward-thinking documentary’ feeling.” All these efforts have been part of a long-term marketing plan to continue to introduce the film to new audiences. You can be sure, there are plans in the works for the 3rd anniversary screening.

This past year I continued to polish my political thriller SOS United States and In Mind We Trust, the sequel to Justice Is Mind.  When you consider the current political climate around the world and advances in mind-reading technologies, both of these projects continue to be well timed. There are significant efforts around both of these projects that I plan to introduce next year.

If there is one thing I learned in 2015 is that you have to continuously reach out to expand your networks because you’ll never know what’s possible until you try. From direct discussions with private equity groups and hedge funds to presenting new projects to relaunching my personal website and some new clients, this has been a most interesting year.

But as Constance Smith says in Justice Is Mind, “I didn’t promise you an easy case.” Nothing in this industry is easy. It is work done the old fashioned way like an investigative journalist. You research, email, telephone and network. As producer John Davis (The Blacklist) told The Hollywood Reporter about what his father Marvin Davis (who once owned 20th Century Fox) taught him, “Get your ass out of bed. Work your ass off. And when you drill 80 straight dry holes, which he did, make sure you drill the 81st, which he would also do and hit the mother lode.”

Worcester Magazine. Mark Lund, writer and director of Justice is Mind, with Jamie Blash a horse trainer at Four Winds Farm. Blash appeared in the movie as a horse trainer. 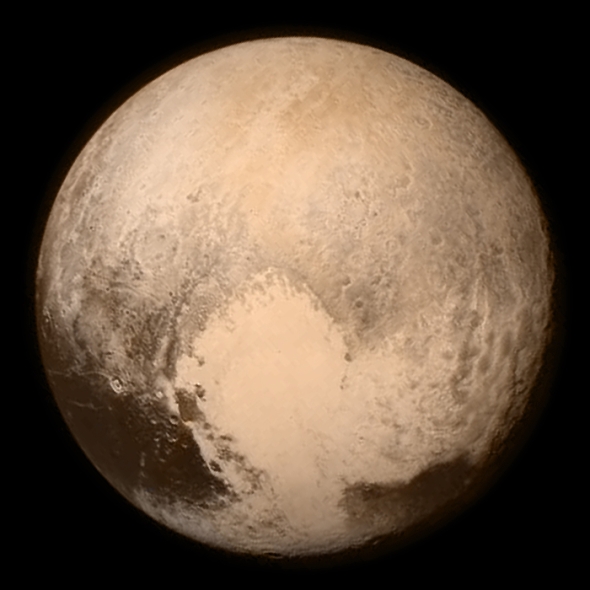