When I was notified this week that SOS United States was a finalist for Best Feature Screenplay in AFIN International Film Festival, I was thrilled. The last several weeks have been good to my political thriller screenplay with festivals “boarding” the concept.

It’s one thing to write a screenplay, it’s another to develop it. When I wrote SOS, I was coming off the release and marketing of Justice Is Mind – my first feature film. For me, I need to be in the valley of quiet before I start to write another screenplay. When I’m actively producing or releasing a film, I find there are simply too many distractions to properly concentrate to allow new characters and stories to come to life. Likewise, it would be a disservice to the marketing and release of a film if my attention was on writing another story.  At the end of the day, we are creating and marketing a brand. I’ve always believed that each component needs to be taken as seriously as the other.

As I near the 80-page mark in my latest screenplay in The First World Universe, I find that my writing process is starting to change. As this story tracks two other storylines along with the primary line, I find after I write out a particular scene in Word, I need to let it sit for a day or two so other thoughts come to mind. Once some of these new strings to the story come forward, it’s another round in Word before I go to Final Draft. I applaud those that can write in Final Draft from the get-go. For me, I’m thinking in so many voices and moments so rapidly that I need to type as fast as I’m thinking. Someone asked me recently, how I came up with the latest idea. It originates with this one line from First Signal.

Of course, there is one thing that every filmmaker looks forward to and that’s the quarterly payment from the distributor. My two feature films are placed with two different distributors while my three shorts are placed direct. When I think how much the world of film distribution has changed in the last ten years it just boggles my mind.

When Justice Is Mind was released in 2013, theatrical was humming, traditional media was plentiful, social media was growing and Amazon was the place to be for VOD. Flash forward to the present and while the mechanics are still there, the metrics and dynamics have changed dramatically. I’ll say this, as Justice Is Mind has been on both SVOD and AVOD platforms for some time, I can say without a doubt that AVOD platforms (Tubi) are the revenue generators for independent film. In the next couple of weeks First Signal will receive its first distributor payment. It will be very interesting to see performance by platform when compared to its marketing spend and promotion. 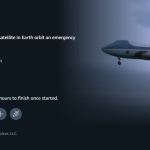 In the weeks leading up to the private screening of First Signal at Chunky’s, I was preparing for the biggest single marketing push I have every done for a project. I had my lists of contacts and colleagues to email, the media to pitch, the social media plan to execute. It’s like the quiet before a storm. While the storm is not destructive akin to weather, it must nonetheless be navigated.

But before First Signal was to be launched around the world, there was the private screening on April 25. Some of the cast and crew I hadn’t seen since we wrapped principal photography two years earlier, some I just saw a few days ago. One by one they and their guests arrived in true red carpet style.

While the Oscars was being produced on the other side of the country that night, First Signal had the evening it deserved. As I mentioned to a few in the days leading up to the night, this is an experience in independent film that doesn’t happen on a regular basis. My mother told me some time ago that life is about experiences. While bringing First Signal to the world was not without times of great difficulty, it is the end result that matters. The experience of seeing it on the silver screen for all in attendance to enjoy is something that will be remembered forever and never can be taken away. After First Signal screened and we took one last group photo, it was time to say my final “thank you” to the cast, crew and attendees. For tomorrow was to bring First Signal’s VOD launch around the world.

On April 26 First Signal launched on Amazon in 68 countries and territories around the world. That VOD launch was followed by Google Play, YouTube Movies and Tubi. The moment Amazon was live, the marketing plan that has been in development since January was launched. The press release went live, the email newsletter went out, hundreds of emails to the industry, media and other interested parties while engaging our social media channels—First Signal was global.

I’m still thankful to this day that I ran a media company that had magazines distributed around the world. When you have world placement of your brand, in this case a film, the responsibility and monitoring of such brand goes up exponentially. While the navigation of such a launch brings the inevitable negative commentary, I just equate it to a large wave that goes over the bow of an ocean liner. Full steam ahead means such waves are plowed through as we continue to call on new ports.

These new ports of call (VOD platforms), rocketed our placement on IMDb to 3,059 out of 560,000+ feature films. To say I am thankful to our distributor Indie Rights would be an understatement. When I think of the number of distributors/sales agents I met with over the last two years to discuss First Signal, it was Indie Rights that not only checked all the boxes a filmmaker wants, but they brought something to the table that is the prime currency in this industry – a sterling reputation. Honestly, that’s what a filmmaker should need and want the most. To work with reputable people and organizations that deliver. My special thanks to Linda, Michael and the Indie Rights team for all your great work. But our work is far from over as marketing and sales efforts continue.

April 26, 2021 will always be known to me as the day The First World Universe launched around the world. As my efforts continue to market First Signal, I also look now towards the sequel, First Launch, to interest production partners.

As I mentioned during my welcoming remarks at First Signal’s private screening, being an independent filmmaker is a herculean task but a most rewarding one. Because for a moment in time a group people (many strangers to each other) come together for a mission. And if they are successful, their efforts live on long after a premiere.