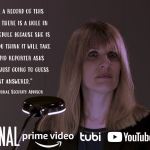 This past week I completed the first act of my latest screenplay in the First World Universe. With a logline, “A reporter’s discovery of a secret meeting between three world leaders could spell the end of life as we know it with the revelation of an alien power on Earth,” I know move on to the construction of the second act.

With the first 30 pages of the screenplay completed, it’s the second act for me that’s the most interesting to write. In this act it’s all the crisscrossing of the characters, plots, sub-plots and all the other machinations that I believe build out a compelling story. As I did with Justice Is Mind and First Signal, I’m writing this story with the aim of producing it myself (with perhaps one other partner). The challenge is to ensure the production has solid visual scope while being mindful of the current economics in the independent film world. I believe the key is simply to look for innovation along the way.

Speaking of innovation, a couple of weeks ago I was approached by a filmmaker to play a German solider in a World War II short film. With my interest in the subject matter, and as it was a local film, I joined the production.

The moment I arrived to set I knew authenticity was going to be spot on when I noticed military reenactors were present. I’ve posted before about this subject. These are generally history enthusiasts, with a good number being members of the armed services, which come together to “reenact” history. The authenticity in uniforms, equipment, knowledge and enthusiasm makes for a rewarding experience.  I think of the productions I was involved in, where I donned a uniform and there were no experts on set to properly guide and direct the actors. Those were really lost opportunities.

Yesterday, I learned about battle tactics, how to carry, load and fire a weapon along with command structures. Honestly, if it wasn’t for the blanks being used, anyone coming across this skirmish between the German Wehrmacht and United States Army would have thought they stepped back in time.  With a few more weekends of “shooting” all of us are looking forward to seeing the final product.

Here in New England, this is the season for reenactor events. Last weekend the American Heritage Museum (where we shot the actor interviews for First Signal) hosted the Military History Through the Ages event. Exhibitions and displays ranged from the Roman Empire all way through the Vietnam War. A variety of battle reenactments rounded out the weekend event. The museum and reenactors always do a terrific job in bringing historical events to life. If you’re in the area, I highly recommend their next event Battle for the Airfield, October 9 – 10. 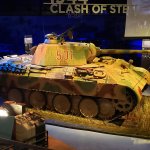