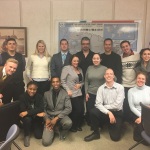 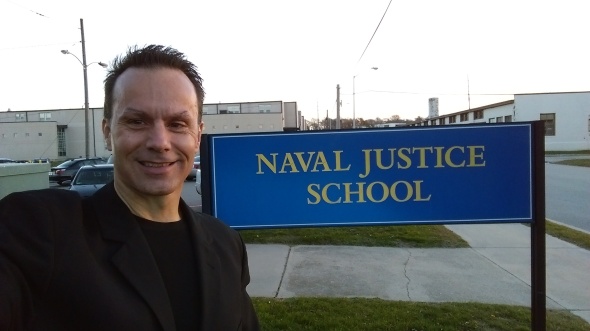 On Thursday one of the most interesting projects I’ve been part of came to a conclusion. As I mentioned in my last blog post, I have been playing an NCIS special agent in the mock trial program at the Naval Justice School in Newport, Rhode Island. In all honesty, I can’t remember when I had so much fun on a project.  Given a personal event I went through a couple of weeks ago, it was great having this project to stay focused on something else.

The very nature that this was a role play character in “Agent Ashburn” meant that I did a variety of research, from what NCIS actually does, to inspections on Navy ships to certain military procedures and associated lingo. And as the mock trial was about a sexual assault case, I needed to know what was involved in a SAFE kit, trauma, etc. Let me just say this, watching Law & Order: SVU helped!

There were numerous times when the students, whether trial or defense counsel, asked my character questions that generally weren’t in our background information. At some point in time these students will be practicing law in the real military and civilian world. With these mock trial programs counting for a significant part of their grade, I thought believability was important so having an additional knowledge base helped. As an actor it also challenges you to learn something new and to expand your horizons. 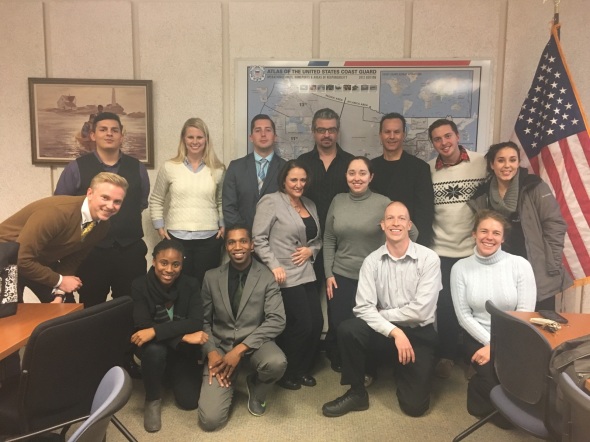 Another highlight was working with the other actors. This was most certainly a diverse group of talented people from all walks of life. Imagine fourteen actors who never met put in a room with no WiFi.  While I know people that can’t fathom being disconnected, there was, ready, conversation and cards. From the mutual support of our respective characters to numerous card games, the days passed pretty quickly. At any moment a student would come in to take us out for questioning or testimony or the captain overseeing the program would check in and give us some additional background. I haven’t played cards in years, but one of my new favorite games is bullshit.

As for the personal event? A couple of weeks ago when I was driving to Newport my car hit black ice, went into a guardrail and then did a 180 degree turn back into the guardrail. Yes, in an instant I saw my life pass in front of me. While I thankfully walked away unscathed, my car was totaled. The support I received on my Facebook post was unbelievable. Black ice is terrifying, it doesn’t discriminate between a tank or car. 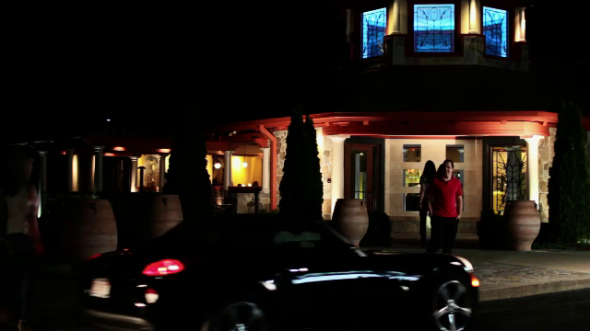 My Pontiac Solstice in Justice Is Mind.

The ten year history with my Pontiac Solstice began when I bought the “Starship Voyager” in Los Angeles in 2006. At the time I was working on a national TV show. Suffice to say more than one well known personality has been in the passenger seat. I drove her across the country and she saw me through a variety of life events. But one thing is a guarantee, she is immortalized in Justice Is Mind.

On a closing note with the Naval Justice School, it’s always great to leave on a positive note expanding your network and making new friends. Something tells me I’ll be working with them again sooner rather than later.

As for Star Trek one of the actors discovered that I was in a Star Trek fan film some years ago and found the link on YouTube. For those that follow Star Trek there is that one word that sums up the status of a character. 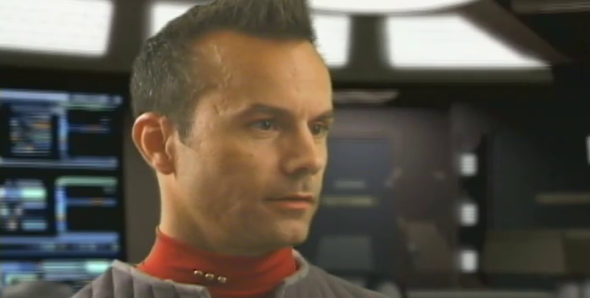 The Star Trek fan film scene when I say “Dismissed!” 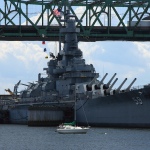 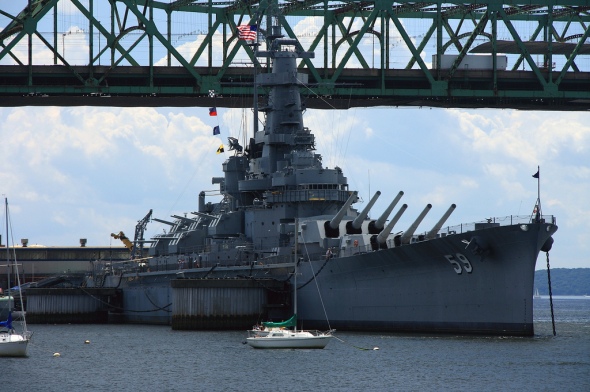 Whether it’s an investor, theater or media outlet, it all starts with a cold call or cold pitch. I have always taken the position “nothing ventured, nothing gained”.  Sure we can all hope to be discovered at a “Schwab’s” or positing a proof of concept video to YouTube, but in the end it truly comes down to a pitch and then the presentation.

I have long discovered that it’s easier to pitch the office of a qualified investor than it is to a “Hollywood” production company. Why? A production company is fielding countless projects and they need that one thing to move any project forward—cash.  I also have long believed in charting my own course rather than following the same route everyone else takes. Put it another way, I’d rather pull my car up to the front door than park blocks away. 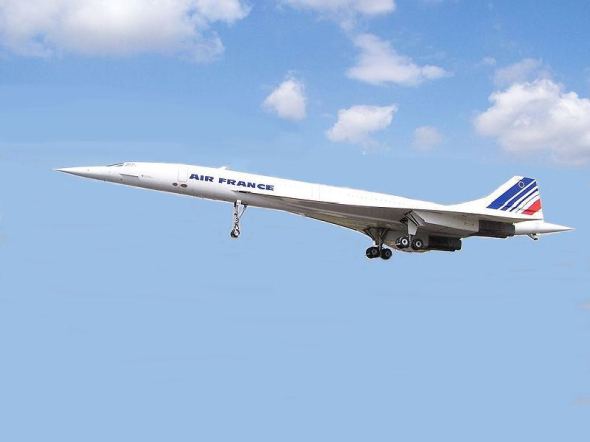 Road Warrior Voices reports that the Concorde may return to flight.

Just this morning I was watching a video on IndieWire by writer/director Charlie Kaufman about his film Anomalisa (impressive wins at the Venice Film Festival). When asked why there was so much time between his projects, the Oscar winner stated freely a variety of challenges and that his film was made outside of the “studio system” and didn’t go the conventional route. The point? It doesn’t matter your credentials, this business takes a steady hand of determination and patience. Kaufman went on to mention that he was on this project for three years (his team also raised some funds on Kickstarter).

As some of you know, my political thriller SOS United States sees the Concorde fly again. Just yesterday an article on Road Warrior Voices revealed a determined group of investors and enthusiasts that may just bring the Concorde back. I’ve been following the steadfast voices behind this movement for the last couple of years. Their resolve, like those behind the SS United States ocean liner, is impressive. And, yes, I will be informing the group behind this hopeful return of the Concorde about SOS United States – with a cold pitch! 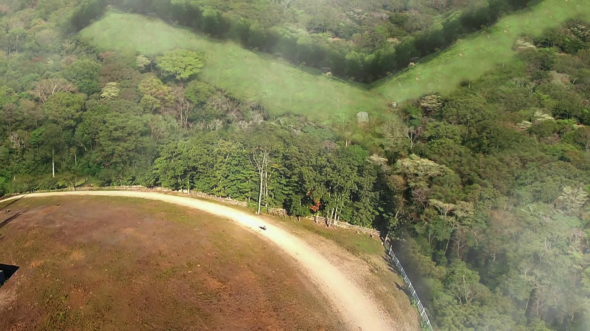 A drone shot from Justice Is Mind.

From script (2010), to short (2011), to feature (2012) to release (2013), Justice Is Mind has been a five year project. I remember those early days of pitching to the “establishment”. Why not. Isn’t that what you’re supposed to do because everyone else is doing it? Sure, a deal can happen. But in the end, producing it independently outside of any system has brought far greater returns on so many levels.

Next week there’s an industry event taking place in Boston. I’m largely planning to attend because of a panel around drones. We used a drone in Justice Is Mind for the climatic end scene, but SOS United States calls for a substantial amount of drone shots. Imagine skimming close above the ocean only to rise up to take in the gravitas of the USS Massachusetts battleship as the President of the United States addresses the nation. 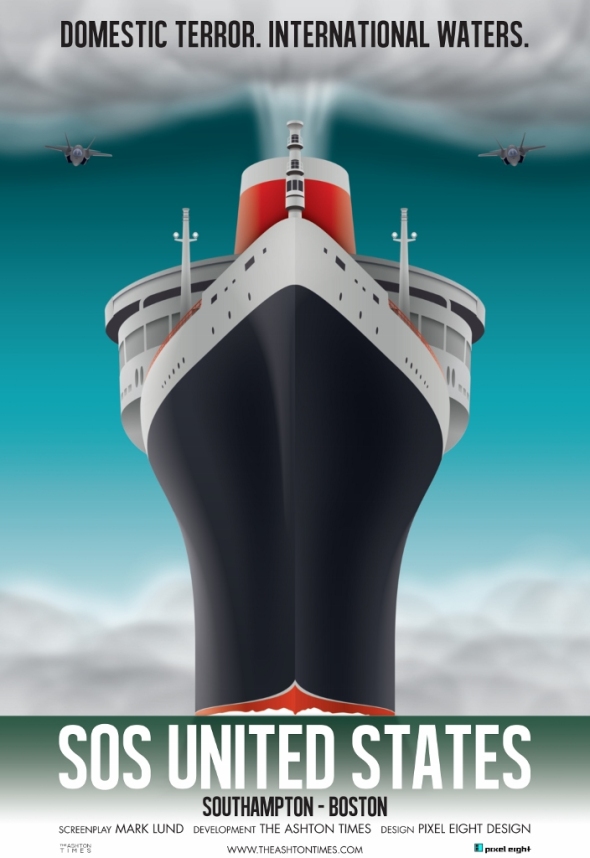