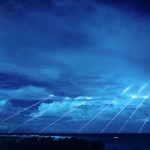 Liftoff of the trailer for First Signal went off without a hitch. To put in in space terms, we are now in low Earth orbit. A special thank you to WMUR, Athol Daily News, Greenfield Recorder and Britflicks for reporting on the trailer. We’ll continue orbiting until First Signal is released and we venture into deep space. OK, enough with my outer space analogy on releasing a trailer!

Two weeks ago I had several browsers open with the trailer ready to be published. Did I spell the title of the trailer correctly? How does the formatting look for the email newsletter? Once I proofed everything for what seemed like a tenth time I finally entered the commands to go live. When the time came everything worked. But it wasn’t for a lack of planning. The organizing and release of the trailer took about three months. It wasn’t just about the actual video file of the trailer but all the marketing around it.

When you are an independent filmmaker your team is small if not but one. There’s no marketing communications group to handle this effort. Oh sure, you ask people to read this or double check that, but at the end of the day the responsibility is yours. Like it always happens before I launch something, I think of the steps it took to get to that point. It all started as an idea at the Naval Justice School in Newport, RI in 2017.

Up until that point I honestly never thought I would be revisiting this First World Universe I created.  First World, the script, came out in 2006 with the short film version following in 2007. With the global financial crisis in full swing, it was next to impossible to get a film financed. At one point, just before the collapse, the financing and production teams were in place. But then, seemingly overnight, financing fell out of the markets and that was the end.

Slow but sure the markets recovered. A filmmaker friend of mine knew about my frustration with getting First World made and challenged me to write something that I could film on a true indie budget.  A moment that involved mind reading in the sequel I wrote for First World turned into Justice Is Mind.  The rest, as they say, is history.

Shortly after the trailer was released, I started to receive interest from sales agents and distributors I didn’t meet at AFM. I have to say that was very encouraging. The whole goal of a trailer is to “sell” the feature. As I can well appreciate how inundated these representatives are, the fact that they are even interested at this point bodes well for the project. What kind of deal will ultimately emerge? That’s really impossible to tell as there are numerous factors involved.

While post-production continues with an end of April (early May) completion date, marketing of the trailer continues, while I plan for the release of the feature and presentation to sales agents and distributors.

On a closing note, I’m aiming to have a draft of the sequel to First Signal completed before the film is released. To turn a military phrase, it’s about preparedness.

Yesterday I ran into a colleague I hadn’t seen in few years. The first thing he asked me was “How’s the writing going?” I told him about First Signal and a few other things going on. As he runs a successful business in Worcester, I asked him how the salon was.  He responded “Busy.” I really didn’t have to ask him that because I know his salon is always busy. He’s been working on building his brand for years.

It took some years to build my brand in figure skating and equally as long as a writer and filmmaker outside of the sport. Building a brand isn’t something that happens overnight. It builds from one project to another. However, we now live in a world where people think that having a large social media following is a brand.  Social media, in my view, is great for amplifying what you’re doing in the real world. But without a foundation of something, it’s just likes.

When I started to revive the First World Universe to write First Signal a few years ago, I realized after reviewing all my original material and the media we had at the time, that I created a unique brand. One with its own voice. With First Signal I finally had the opportunity to present this world as a feature film. The first in what I hope to be a series of films in the First World Universe.

With the trailer nearly complete, the marketing train will soon be leaving the station. Once it leaves it can’t come back. While post-production has been going on in earnest with countless notes with the editor, composer and VFX artist, I’ve been working out the marketing plans for the trailer and ultimately the feature.  All of us on the post-production team know how important it is for the trailer to present the film. At the end of the day it’s about selling the feature.

As for the First World Universe, I’m just over the thirty-page mark for the sequel. This is the story that takes place before the events in First World.  In my view, writing a sequel is no easy feat. You must balance the established characters and their stories with something new. I think one of the most interesting sequels was 2010 from the legendary 2001.  Starring Roy Scheider, John Lithgow and Helen Mirren, 2010 created a wonderful “what if” possibility.

“Exactly. Now he’s operating covertly and illegally. If you lose and Reager legitimately controls the military and his commander in chief is complicit, history books won’t judge your actions today, because they’ll be none left. It will be the end of civilization.” – Elisabeth Seward, National Security Advisor to President Helen Colton

That dialogue derives from actions around Operation Troy in First Signal.

“General if I sign this. What’s the objective of Operation Troy?” – Helen Colton, President, United States of America.

This week I write the draft press release and email newsletter to announce the trailer. As for when the trailer will be released? Sometime in February