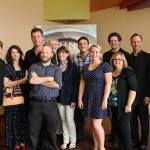 Some of the cast and crew at the second anniversary screening of Justice Is Mind on August 18, 2015.

I arrived at the theater shortly after 8 AM on Tuesday for a complete run through of Justice Is Mind prior to the festivities that evening. Why? Although we screened the film twenty times before, this was the first screening in a DCP format. Although the file was QC’d (quality control), I had to make sure there were no issues. Here I was sitting alone in a theater watching the highest quality of the film unfold. I normally don’t watch the end credits roll to the end, but this time I did reflecting on the literal army of people involved in the making of Justice Is Mind.

No sooner did my mother and I arrive back in Sturbridge later in the afternoon did the reunion start. First Jeremy Blaiklock, our Director of Photography, joined us for a drink and then Vernon Aldershoff, who stars as Henri Miller, came over to our table for a visit. It was then that this screening took on a new meaning for me—it was a reunion. 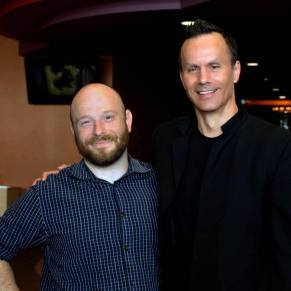 One by one they started to arrive. While I have seen the majority of them at various screenings, I was particularly excited to see Robin Ann Rapoport who plays Margaret Miller. The last time I saw her was at the world premiere two years ago. In all honesty, while we are all involved in other projects and jobs, it was like we just saw each other yesterday. So many of us remarked that, for whatever reason, this project has kept the “JIM family” together. But in the end, it does come down to performing for an audience.

As the end credits started to roll for me a second time that day, suddenly the audience started to applaud. We’ve had applause before, but I don’t remember it being this enthusiastic. This was an audience that got the story. They knew when to laugh and when to take certain moments seriously. Their comments after is truly what this process is all about. When a reporter said to me the next day in an email, “The film was excellent! I loved the style! It definitely was similar to Law & Order, like you previously told me!” As a filmmaker accolades like this are always great to hear!

After the screening many of us went to dinner and for the first time in the history of this project we just sat and enjoyed each other’s company. And, shockingly, we talked about things other than the film industry! But, of course, we all want to work together again.

I cannot thank the “JIM family” the media and Cinemagic enough for making the second anniversary screening of Justice Is Mind such a special occasion. It’s one for our history books.

So while I continue to present Justice for future screenings, events and distribution possibilities, my primary efforts are focusing on the next project. As the last five years can attest, I don’t jump into projects lightly. I believe in quality over quantity because at the end of the day it all comes down to two words.

Introducing the cast and crew to the audience. Special thanks to Al Mercado as official photographer. 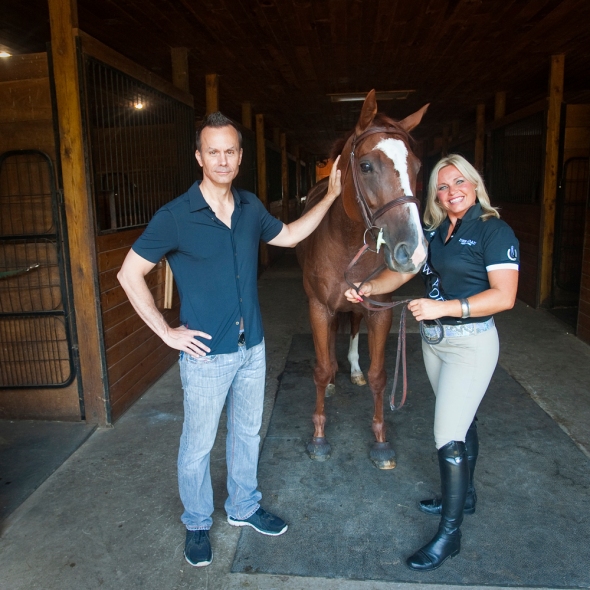 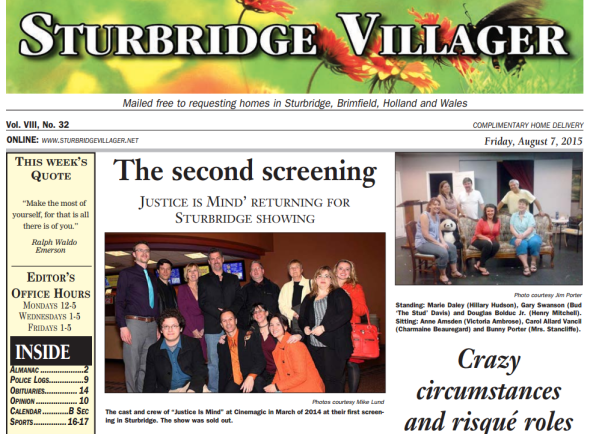