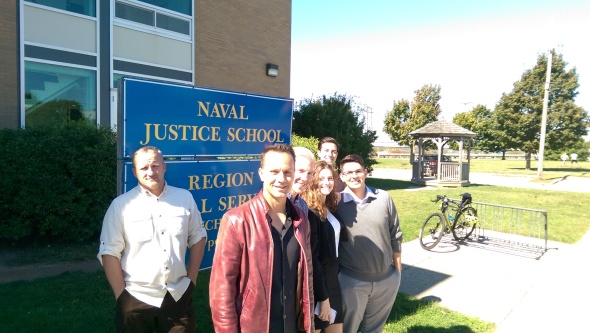 With some of the actors at the Naval Justice School last week.

The hotel is booked. The luggage is packed. Around noon I’ll be leaving for a week. This is the week of the mock trials and are the “performance” days. But unlike a theatrical or film premiere, no tickets are sold. There’s no public audience. But when all is said and done, all of us involved take our performances out into the real world.

Having played this character for the third time, there’s always something new to learn. Some new process, procedure or training an agent will need to know. Or an area of law that will be focused on. It’s one thing writing a legal drama like I did with Justice Is Mind, it’s another to be on the witness stand being questioned and cross examined by an actual lawyer.  In a screenplay I know where the dramatic arcs are. I never know when they are coming in this setting! 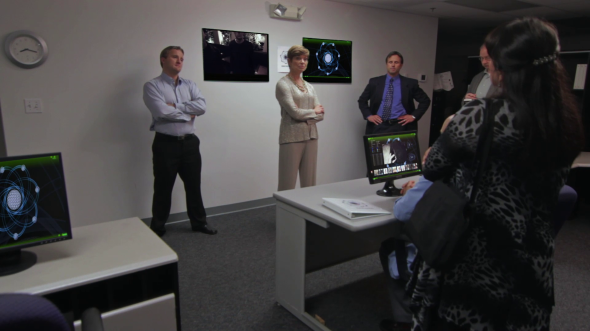 So often I hear about this acting class or that acting class. This technique or that technique. I see actors obsess about learning this secret or that secret to acting. In my view I’ve always liked the way Anthony Hopkins has described the process, “I just learn my lines.” In the case of the NCIS Special Agent I play, I need to know my background and statements. I then research certain areas of law and procedure that may apply and then visualize the setting.

As for settings, while I’ve worked with most of the actors and staff from the school before, it has been great working with Monty Lyons. As some of you may remember, Monty played a police detective in Justice Is Mind and did an excellent job in the role. In this program Monty and I play the same character. Owing to the structure of the program we don’t often see our characters performed by other actors, so when I saw Monty play the role the other day, it was interesting to see his take on it. If I was to score his performance from the old figure skating scoring system, I’d give him a 6.0!

Finally, reuniting with some of these actors has brought forth some new ideas for projects down the road.  Looks like I’ll start writing a new screenplay next week. 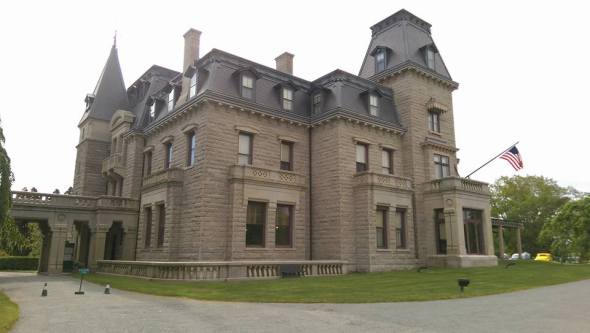 “Chateau-sur-Mer” one of the “Newport Mansions” in Newport, RI.

This entry was posted on October 1, 2017 by markashtonlund. It was filed under General, Justice is Mind, screenwriting and was tagged with acting, Anthony Hopkins, Naval Justice School, Newport Rhode Island.