With fellow actors on our last day.

The weather in Newport last week could not have been nicer. On the drive home Friday, I was reflecting how fast time flies and the weather we had last December and March. Let’s just say it wasn’t very cooperative from black ice to blizzards! But this round could not have gone smoother. From the trials at the Naval Justice School where fourteen of us participated as role players in their mock trial program to evening festivities and touring, it was a great time all the way around.

As I discussed with one of the newer actors to the program, this is probably one of the most unique acting gigs they will do. It’s one thing role playing a character, it’s another interfacing with over sixty students, instructors and leadership at the school. It’s that depth of involvement that has many of us returning for every class.

Out and about with Evan and Patience in Newport.

But with another class over, it’s time to return focus on to other projects. That new idea I mentioned in my last blog post means I will be firing up Final Draft this week. While I won’t go into the premise just yet, it will largely be a one location drama. The genre—science fiction.

As a writer my ideas come from a particular moment or experience. With Justice Is Mind it came from writing the sequel to First World. For this story, I had a basic idea for it last year and wrote down some thoughts placed in a folder called, brace yourself, ideas. But it was over the last four weeks at the Naval Justice School when I started to think about it again and talked to one of the actresses who I already have in mind for a part. Perhaps it was also the fact that fourteen of us are either in a classroom or a courtroom that the idea started to blossom.

With Monty and Bruce. We all played NCIS Special Agents.

Like I told this actress, I generally can’t start writing a story until I have an ending in mind. I need to know where the journey will eventually end. Now, that may change at some point, but it’s something to work towards. 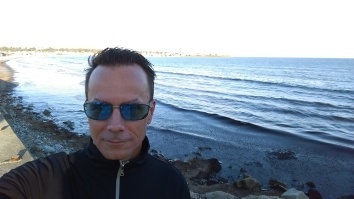 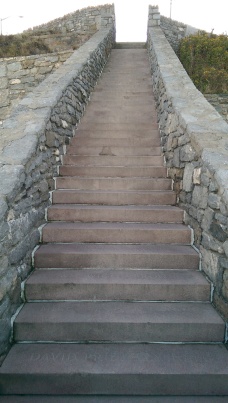 As for the genre, the numbers I’ve been gathering over the last several years just reaffirm the market interest in science fiction.  Ten years after its release First World is still generating revenue. The psychological sci-fi of Justice Is Mind, combined with a dramatic story arc through a courtroom, is what brought audiences to theaters and now online.

But for this weekend it’s time to decompress from the last four weeks. However, I will leave you with one word that will be mentioned in this new story…