From Justice Is Mind, a World War II mystery is resolved in the sequel.

As I approach the final pages of the sequel to Justice Is Mind (I’m at 116), I’m entering what is probably the most involved plot aspects of the story; providing closure to one of the greatest mysteries of World War II, the resurrection of Henri Miller and a landmark Supreme Court case.  All of this takes research and, what I call, “fictional plausibility”.  For me I take known facts and provide a fictional twist. This is nothing new in screenwriting, but I do believe that if factual history is attached it should be honored before fiction is applied.

Speaking of screenwriting, I was reading Peter Bart’s latest column in Variety titled “Hollywood No Longer Shows It Has the Write Stuff”.  He goes on to say, sadly, that studios and some filmmakers are omitting thanks to that one person that needs to be thanked—the screenwriter.  How many times do we hear the word “collaborative” in this industry? Well, the screenwriter is the reason why everyone in on set. Simply put, you can’t build a house without a foundation.

The resurrection of Henri Miller in the sequel to Justice Is Mind.

Bart quoted from one of my favorite directors, Billy Wilder, “I like to believe that narrative movement can be achieved eloquently and elegantly without shooting from a hole in the ground, without hanging the camera from a chandelier and without the camera dolly dancing a polka.” This isn’t to take away from great cinematography, and I do love my “Hitchcock” wide shots, but without a quality screenplay it just doesn’t matter what you shoot.  This is why I’m such a fan of classic films. And give me a political thriller from the 1960s any day!

Speaking of industry trades, there was a great interview with Voltage Pictures president Nicolas Chartier in The Hollywood Reporter where he talked about piracy and the state of the industry. The one thing he said that struck me was, “the DVD business is dead.” I agree.  I was in a Dollar Store yesterday and saw a bin of DVDs for sale for only $1. Yes, some were films I never heard of, but plenty had star power behind them. Sure DVDs are still sold, but you have to wonder what’s left for the filmmaker after all the expenses.

One of my favorite wide shots from Justice Is Mind.

For years I have been a supporter of Video on Demand.  VOD is simply one of the most dynamic and exciting distribution opportunities for filmmakers. With a responsible budget,  it is a way to make money on a consistent basis. I could not be more pleased with Justice Is Mind’s placement on Amazon Prime and VHX (among others). Traffic continues to build on a daily basis.

But that traffic just didn’t materialize overnight. We aren’t The Interview with the world media behind us. No, what has largely been responsible was our theatrical run along with the numerous special event screenings including our international premiere on Cunard’s Queen Elizabeth. Along the way we developed an audience, press and significant online entries.  While a screenplay is the foundation to a solid film, a theatrical run is the foundation for VOD.  It’s an equation that works.

So as I write the last pages of the sequel, I am hoping to soon announce our participation in a theatrical program that could bring Justice Is Mind to a theatre near you. 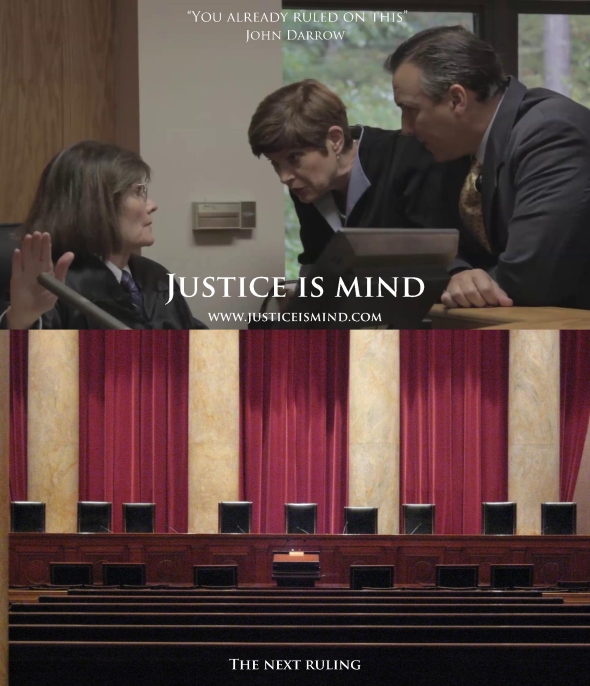