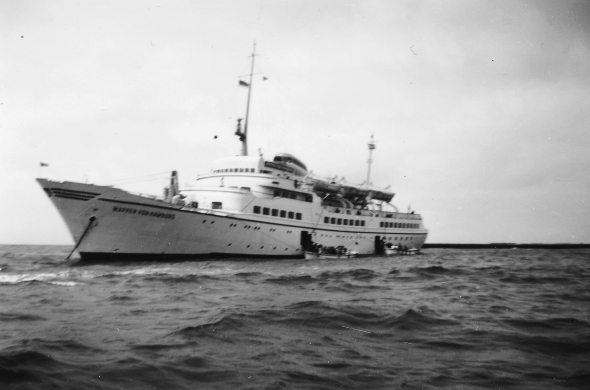 As a screenwriter one of the things I do prior to writing any story is research.  In SOS United States the fictional ocean liner in that story is called the Leviathan and is based on the famed ocean liner SS United States. But during this research I came across the MV Aurora and have been following this find ever since.

The Aurora was launched in 1955 as the Wappen von Hamburg. When you consider that she was the first cruise ship built by West Germany since World War II, that fact alone secures her place in history. After her launch the ship passed through a variety of cruise lines and operators until a literal ad on Craigslist caught the attention of Willson. The ship at that point was in a sorry state, but it was a calling for Willson to restore her to glory.

Through the years I have been following this project, I continue to be amazed at the progress he and an army of volunteers have made in restoring this iconic piece of maritime history. Such efforts are a unique passion and should be applauded and supported by anyone that comes across such dedication.

Restoring a cruise ship from the 50s is not like restoring a house from the same time period. We’ve all seen the ridiculous modifications from the 60s and 70s in houses that have been thankfully done away with in the 21st century. But a cruise ship is different. Over her years the Aurora has had numerous, shall we say “changes” to her original design. But learning about Willson’s drive, ambition and progress bringing this ship back to life must be promoted.

A grand staircase comes back to life.

While I certainly applaud the efforts to eventually restore the United States, Willson and his team are restoring the Aurora. One weld, one paint stroke at a time, the ship is returning to take her place alongside such historic liners as the Queen Mary and Rotterdam. In the case of those two liners from days past, someone had a vision to see that those vessels were saved from the fate of breakers or worse (remember what happened to the Queen Elizabeth?). But unlike those liners, there’s no hotel chain or municipality assisting in funding and promoting. It’s just Willson, his volunteers and related capital efforts to continue this important work.

All of us have seen the restoration of iconic buildings in our towns and cities. Nothing is grander when you see an old building restored to glory. Restoring a cruise ship from the 1950s is no different. In fact, it’s even more important. A ship, unlike a building, calls to you. Ask anyone who owns a boat or captains a ship and they’ll share their story. It’s clear the Aurora was calling Willson to save her. It knew her place in history and what it had to offer future generations. Personally, I’d rather sail on history than read about it in a book.

To the captain and crew of the Aurora, may the wind be at your back. 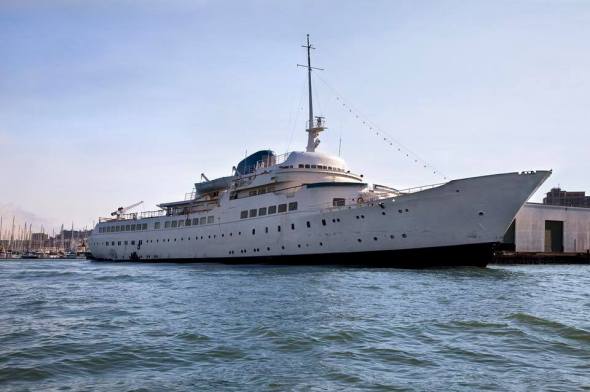