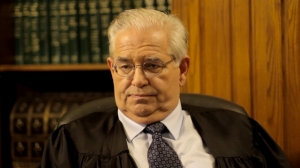 With the title of this post I’m not referring to the last act of the 1966 science fiction film Fantastic Voyage when the cast had to escape the patient before returning to full size, but the phase of production we are in for Justice is Mind: Evidence.

After writing the screenplay in 2010 (phase one), planning pre-production from June through September (phase two), three days of principal photography that wrapped on October 2 (phase three), we now enter the phase of post-production where the editors, special effects supervisors and composers do their magic. 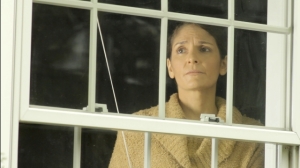 crew that made the process seamless on set, the production could not have gone smoother. Saying thank you isn’t enough for their dedication and hard work, my job is to make sure Evidence is seen. For any of us that act, produce, write or crew a film, having one’s work seen is what this process is truly all about.

With post production on schedule for a min-November premiere (phase five), the process continues with submission to targeted film festivals, select screenings and perhaps the most ambitious part – secure funding for production of the feature film in June with a December 2012 release.

In the coming weeks, the launch of our crowd funding campaign in concert with investor presentations will begin in earnest. With distribution in place for the feature, investors will see a return on investment while cast and crew know that their work will be seen.

Yesterday I stopped by the New Hampshire Film Festival to visit with our silent benefactor of the short film and to hear a panel on the latest trends in marketing and distribution. Although the things that were being discussed on the panel were relevant to the higher (studio) end of the industry, and I met some terrific filmmakers after the panel, there wasn’t a lot of practical advice to the independent filmmaker who is on a budget.

magazine publishing from ten years ago. This industry has evolved but, unfortunately, there is an establishment that still does things the old way that simply doesn’t apply to the current marketplace. I was very surprised that digital distribution on sites like Hulu, Crackle, YouTube and other platforms wasn’t discussed – those are the latest trends.

Sure, print is still nice, but it’s all about digital.

This entry was posted on October 16, 2011 by markashtonlund. It was filed under General, Justice is Mind and was tagged with crowd funding, film festival, filmmaking.