It gives me great pleasure to announce the crowdfunding campaign for Justice Is Mind!

When I first started to hear about this thing called crowdfunding I initially was pretty skeptical. Who would just donate money to a project without some sort of financial return?  But it didn’t take long to dawn on me that my prior work in magazine publishing was pretty much the same thing. Customers buy magazines just like they buy films. What’s circulation to one industry is crowdfunding to another. But in the case of crowdfunding, a customer now has the wonderful opportunity to participate in the process of bringing a new product to market.

magazine publisher. Absent studio/venture backing, you turn to your audience. When I was publishing International Figure Skating magazine years ago, it still surprised people to learn that the majority of our revenue was from circulation not advertising. In plain numbers, International Figure Skating magazine grossed $1.2 million a year with better than $900,000 being circulation revenue. The key, I discovered, was having a quality product to sell at an attractive price. 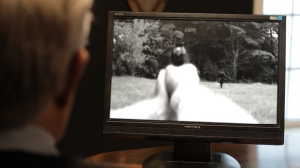 As you will see on our IndieGoGo campaign, there is something for everyone with perks ranging from $10 to $2,000.  Personally, I think the real value is in the $30 perk and $1,000 and $2,000 levels. For $30 not only do you get a FREE copy of the short film Evidence and the feature Justice Is Mind, you are also publicly thanked on our web site and Facebook page and you receive a subscription to our email newsletter to keep up with the production. I’d say that’s worth $30.

But it’s at the higher levels in which you receive producer related credits and the opportunity to be on-camera in some of the scenes. In fact, those that opt for the $2,000 perk have the opportunity to be a member of the jury! Having been involved in the entertainment industry for years, and spent well more than that along the way, not only will you see the process of filmmaking first hand but you don’t have to audition. 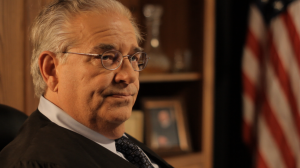 Yes, even in feature films extras and featured extras have to go through some sort of audition process. I remember when I was living in Los Angeles and they were casting for extras in Star Trek. You all know how much I love science fiction and, in particular, Trek. Dear lord when I arrived at the audition location and saw literally three hundred plus people in line I couldn’t believe it. Needless to say I didn’t wait. But I would have paid for the opportunity if I could have. While Justice Is Mind isn’t Star Trek, it does have distribution in place and gives anyone the opportunity to learn from an experienced cast and crew. And in the end, it’s a great time.

I think this is where I need to sound like a PBS commercial.

“We need your support. So please, visit Justice Is Mind’s crowdfunding campaign on IndieGoGo. Your support today brings production for tomorrow.”

P.S. In addition to our crowdfunding campaign, we are also pursuing direct investment. You can email me at markashtonlund@aol.com for more information.

This entry was posted on January 1, 2012 by markashtonlund. It was filed under Justice is Mind and was tagged with crowdfunding, filmmaking, Indiegogo.