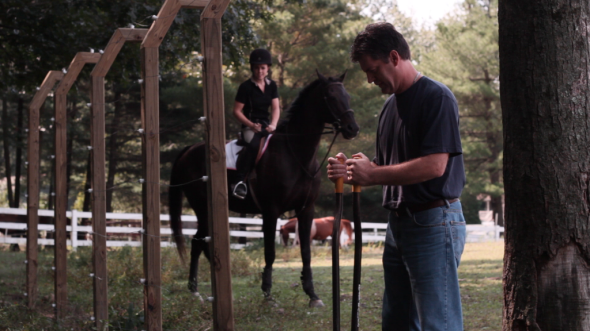 Location! Location! Location! While that phrase is often used when buying a house or setting up a new business it’s just as true in the world of filmmaking. The challenge of course is to first find a location that reflects your story and then hoping the location owners are interested in working with you and what you can offer in return. The former is easy, it’s the latter that can sometimes prove to be challenging. However my goal from the outset of pre-production was to find locations that were just as excited about filmmaking as I was.

Four Winds Farm in North Oxford, MA was recommended to me by my friend Kim’s mom Joyce. We were going back to Kim’s house to shoot the Miller residence scenes and were going to “Joyce and Joe”’s as the location for Helen Granger’s home (Henri’s kindergarten teacher). It’s one thing asking your best friend and her parents to shoot in their homes, but it’s entirely another to call up a complete stranger and pitch them a movie. But as I learned when I produced First World, someone is either into it or not. I’ll still never forget when the Hotel Commonwealth in Boston gave us their Presidential Suite for a trade in credit!

One phone conversation with Jamie Blash the owner/trainer at Four Winds Farm and I felt good about the prospects. When I arrived at the farm to meet with Jamie it was everything I had dreamed for Justice Is Mind. Beautifully maintained barns and stables, indoor and outdoor riding rings and equestrian training that was the best of the best. As some of you may know, my sister was an equestrian and a damn good one. I’ve always loved the equine world and while I never was part of it formally, like I did in First World, I wanted to showcase this world in Justice as I believe the backdrop brings a great scope to the story. And who doesn’t want to see a horse jump on screen! Suffice to say when Jamie and I met we hit it off like we’ve known each other for years.

I can’t say enough great things about Jamie, her family, customers and the farm itself. Welcoming doesn’t even begin to describe the wonderful reception we received. When a film crew arrives to set, followed by the actors, an army literally takes over. But the key to a successful shoot is really organization and communication. On both sides of the equation everyone wants the best result it’s just a matter of keeping all parties informed on dates, requirements and expectations. 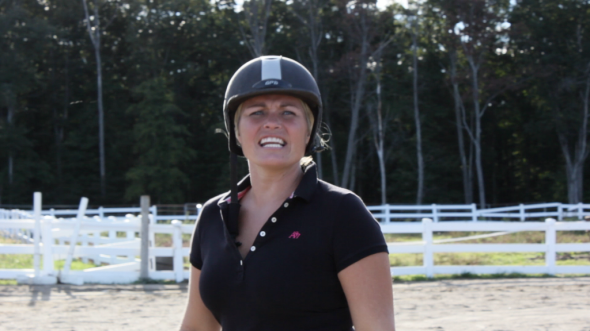 A character my script called for was a horse trainer. One conversation with Jamie and she was it. Simply, I needed someone to not only play this part but to project it with authority. For these types of roles they can’t always be easily cast. It’s not just about delivering the lines, it’s believability. Do you carry yourself correctly? Do you have the right inflection with the dialogue? I’ve always believed in casting those that are trained in real life for the character they are playing in a film.

In this post I present a variety of stills from our days at Four Winds, but as you can appreciate I’ve held back other scenes. I guess we will just all have to wait until the premiere of Justice Is Mind in 2013!  But before then, look for more stills, the first official poster, the trailer and maybe an event or two along the way.

Henri Miller and his father Joseph (Richard Sewell) at a critical moment in the story.

This entry was posted on November 3, 2012 by markashtonlund. It was filed under First World, General, Justice is Mind and was tagged with Four Winds Farm, horse farm, Justice is Mind.