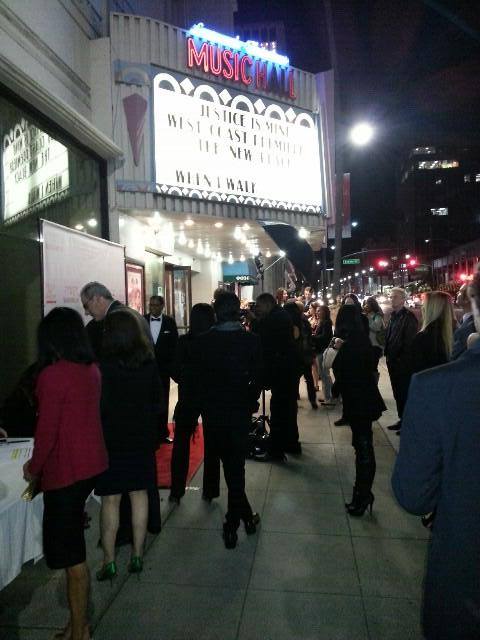 On Thursday, November 7 a dream came true. My first feature film Justice Is Mind was having its West Coast Premiere in Beverly Hills, California!  When I boarded the plane to Los Angeles in Boston on early Wednesday morning I was reflecting on the last days I lived in the city back in late 2007.  A hopeful screenwriter with a dream of someday producing a feature film. 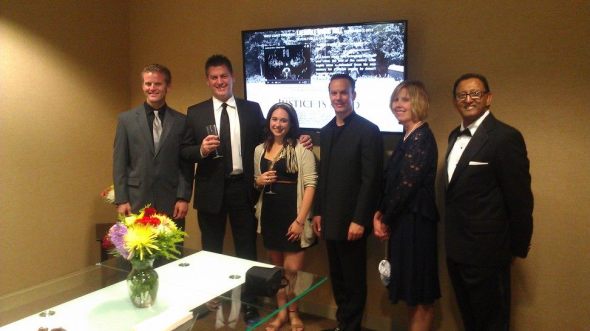 The celebrations started at Logan (Boston) with one of our supporters. Anne Conlon was celebrating her 50th birthday party by flying out to LAX to see Justice Is Mind. It was great sharing our mutual enthusiasm for the film from two very different perspectives. When I arrived at LAX I was greeted by Dev Bajaj of Peter Law Group. After checking into the hotel we went to their office where I met Roop Sumal. I have been working with Dev and Roop for months on both our law school screening tour and this screening. After talking with Arnold Peter for a bit by phone, we tested the film at the theatre. It looked and sounded amazing. The manager of the building shared a horror story about a recent screening that had to stop because of a bad DVD/Blu-Ray burn (So note to filmmakers, make sure your DVDs are professionally produced!) I settled into the hotel and met my friend Jeffrey Vance, a film historian for drinks. 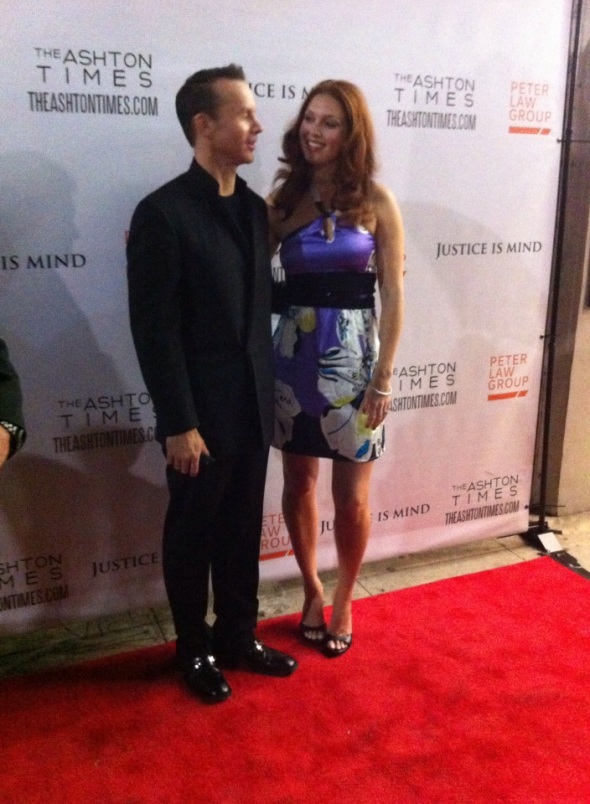 The next day was Thursday. The big day. RSVP’s were still coming in and last minute organization and planning was well underway. Justice Is Mind’s star Vernon Aldershoff arrived the day before with co-star Michele Mortesen having arrived a day earlier. Then the word came in—we were suddenly over capacity and tickets would only be sold if there were some last minute cancellations. Imagine my elation that during this very busy time in Los Angeles with both AFM and AFI we were going to fill a theatre! During the day, I had a great conversation with Vivian Matito who was going to be doing live blogging from the event. 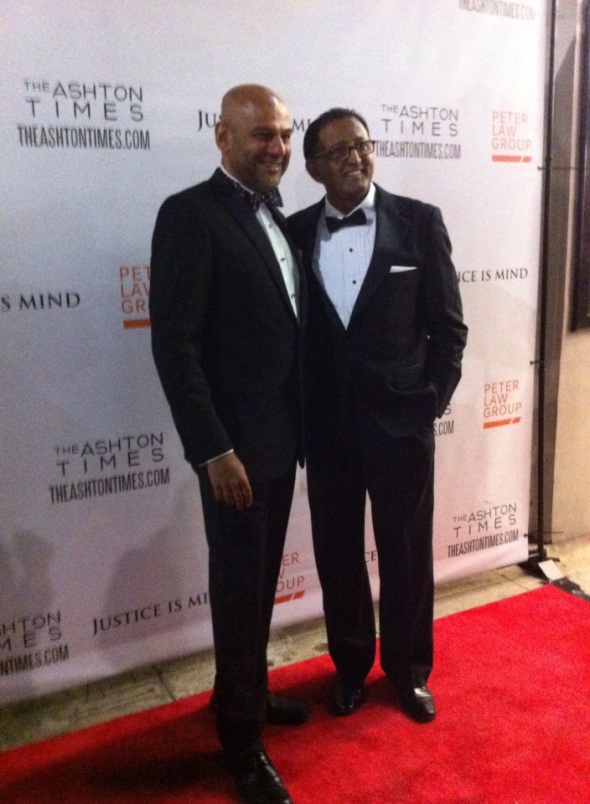 We started with a meet and greet reception at Peter Law Group. It was great seeing Arnold Peter again. It had been five plus years too long. This is an industry of relationships. Of working with people you like and more importantly trust. Arnold is more than a colleague, he’s a friend. A friend who has supported my endeavors for many years. Seeing some of the Justice Is Mind family at his firm along with our entire operations team that made this event possible, was just thrilling. But the real thrill was about to begin. 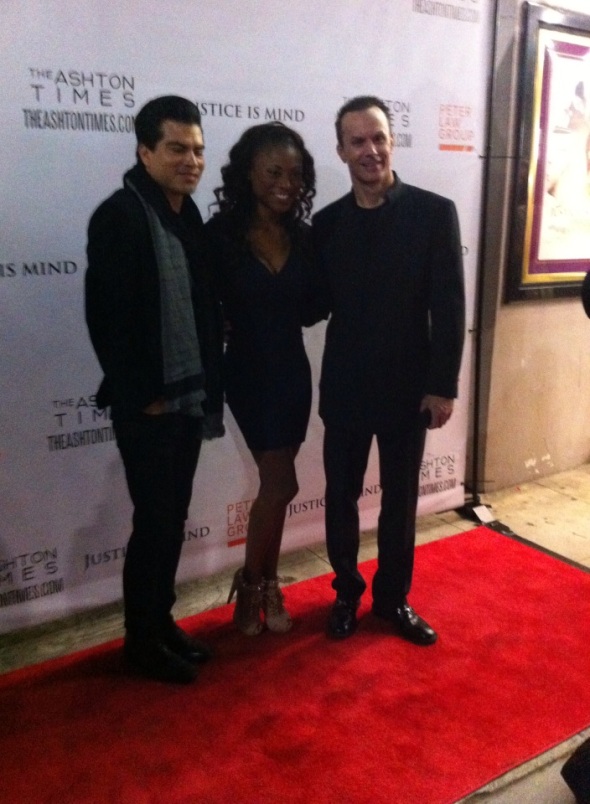 We walked, yes walked in LA, from his office to the theatre (just two min.!) and there it was—our Red Carpet, with photographers and a crowd. I saw Justice Is Mind on the marquee on Wednesday, but seeing it in lights at night was something else. As we approached the theatre, it didn’t take long to see friends I hadn’t seen in years—Anthony ,Bryan, JJ and Andrew. But seeing Angelina Spicer again was a real treat. She starred in first film First World. That reunion was very special to me.  Soon the introductions and the pictures began. From Hollywood and Bollywood stars, to industry executives, the night began to take on a special magic. 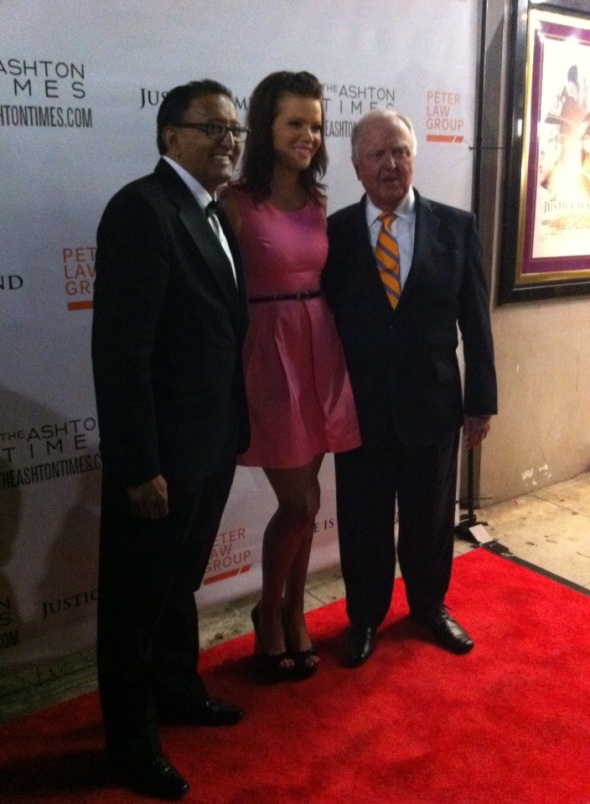 When I walked into the theatre and saw it at near capacity (we did have a few cancellations) that dream was now a reality. Dev introduced Arnold and me and we presented the film. As the film screened I was just remembering all the days that led up to this moment. The endless writing and rewriting, the pitches to production companies, the continuous talking about this project to those that would listen. Although my executive producers Mary Wenninger and Stefan Knieling weren’t present, they were certainly there in spirit. For if it was not for them, none of us would have been in this room.

After Justice screened, there was a brief Q&A led by Arnold who asked me various questions about the film and my motivations behind writing Justice Is Mind. When I set out to write Justice I had no idea the impact it would start to have. New questions about a process that will someday be in our courtrooms. 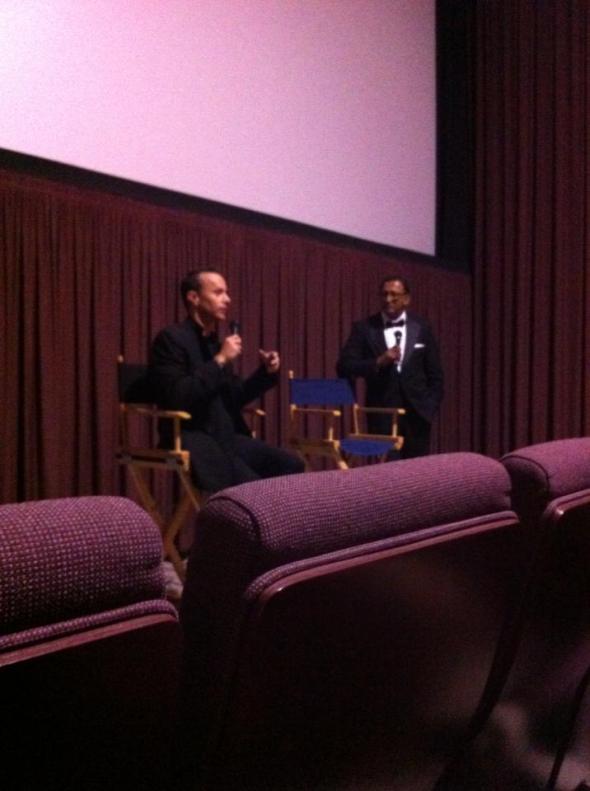 Arnold Peter asking Mark Lund questions about Justice Is Mind after the screening.

The evening ended with a terrific reception at Chakra which also involved on-camera interviews with the attendees and actors. With drinks flowing and related accolades it was a fitting end to wonderful evening. The pictures on this post are from our wonderful blogger and some personal cell-phone pics. Look for our professional pictures later on this week. 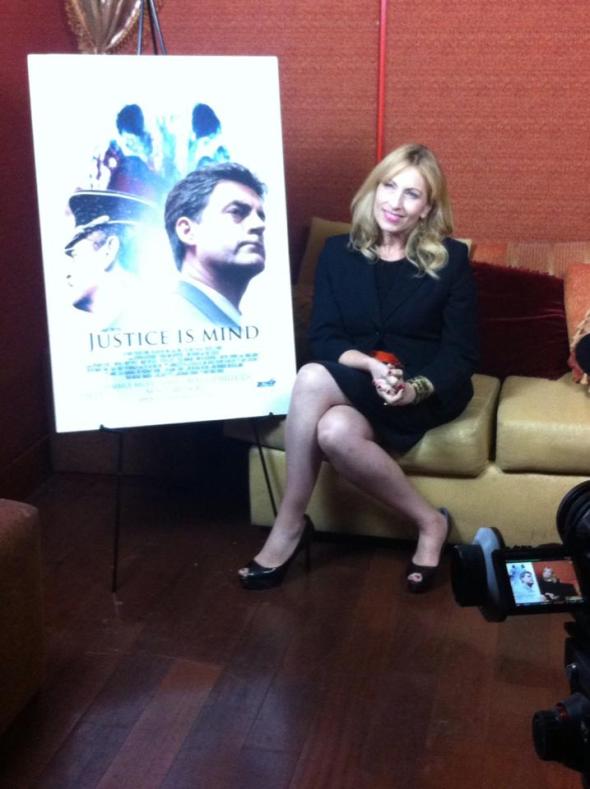 My thanks to Arnold, Dev, Roop, Vivian and the entire team at Peter Law Group for one of the most memorable events of my career. And thank you Vernon, Michele and Lee for being there and sharing in the experience. And to Mary and Stefan for believing in me and Justice Is Mind. 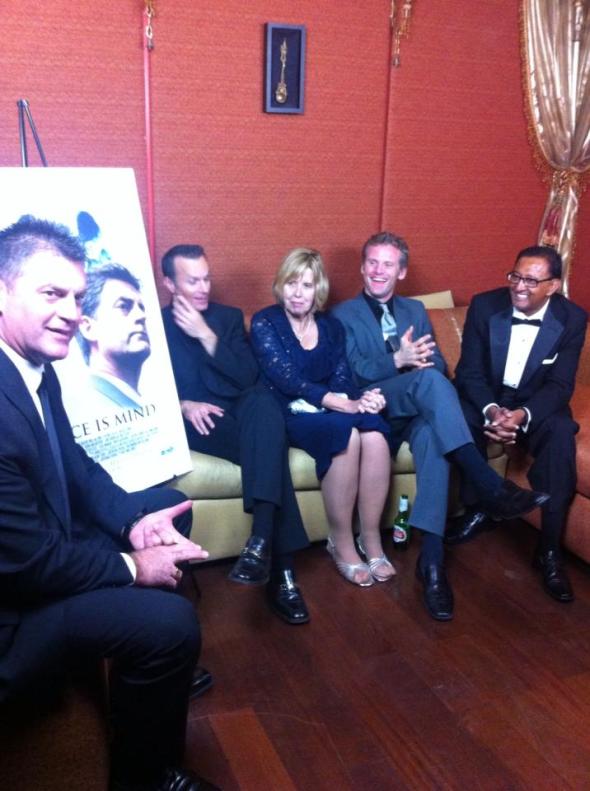 A great end to the evening. On camera Q&A about the making of Justice Is Mind.

This entry was posted on November 11, 2013 by markashtonlund. It was filed under General, Justice is Mind, News and was tagged with Beverly Hills, California, Justice is Mind, Laemmle Music Hall, Los Angeles, premiere.