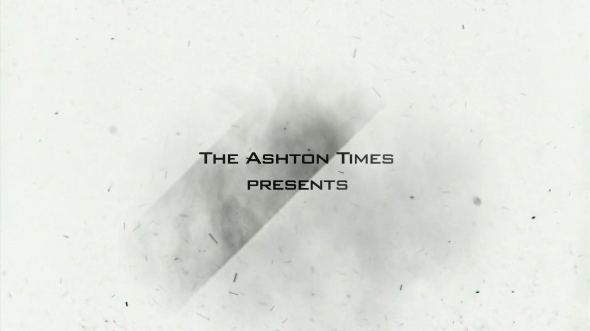 This past Wednesday I registered to attend the American Film Market (AFM). It’s a market I’ve been wanting to attend for some years. It’s interesting, the last time I was in Los Angeles was in 2013 for the West Coast Premiere of Justice Is Mind that took place during AFM but wasn’t connected to it. Now I return to network and to introduce my six film projects.

As I was uploading the details of my projects on Cinando (you receive a one year membership for registering at AFM), I was fondly remembering the long journey to this point. My first short film, First World, had its first screening in Los Angeles in 2007. Never in a million years did I think I would be returning to the city six years later with a feature film in hand that wasn’t the feature film version of First World.

The field where the final scenes of First Signal will be shot.

Since the day I penned my first screenplay, I’ve worked with over 250 actors, crew and other partners to bring my projects to life. As I’ve often referenced, being a director is akin to that of the conductor of an orchestra. A director is only as good as the instrumentalists that make up its actors and crew. The process of creating a film is like writing a symphony only in this industry it’s called a screenplay.

The screenplay is the very foundation of everything this industry is about. You can’t build a stage to shoot without a solid foundation. But this does take me to a bit of a rant. I find filmmakers conducting auditions without a completed screenplay to say nothing of forwarding a side to actors. How on Earth are you expected to get a quality audition from an actor without the benefit of them reading from your script? It happened again this week when I was asked to audition and the filmmaker refused to send sides from the actual script. My response? Pass. This is also an industry of time management with very little to waste.

In 2006 I found myself in another field for this shot in First World.

Time is what’s ticking as the days lead up to my November 1 flight. There’s making sure all my project listings are current, setting up meetings and working on some new artwork. Of course, like getting ready to put a film into production, there’s a hundred other details.

This entry was posted on October 7, 2018 by markashtonlund. It was filed under film industry, filmmaking, First World (movie), Justice is Mind, science fiction, screenwriting and was tagged with American Film Market, auditions, Cinando, Justice is Mind, Los Angeles, screenplay.