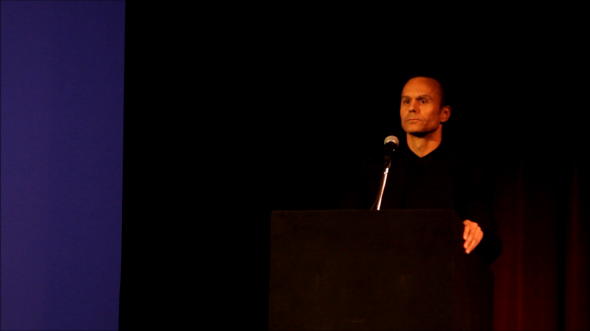 I will venture to say that running a film property is like running a political campaign to some degree. Navigating the waterways of this industry can be a daunting task as it changes at about the same pace as New England weather. Thankfully, I live in New England so change is always in the air literally.

While I have often talked about my fondness for digital distribution and the various new platforms that are coming “online” for films, part of me is still very traditional. Call it age, experience or being a “conservatively progressive left leaning New Englander”, I still believe that a theatrical run is important to bring awareness to a film as it strongly compliments VOD.

Posting endlessly to social media is fine, but you’ll still find me writing a press release, sending email newsletters and, ready, picking up the telephone and making that personal call.  Just this week some company raised over $2 million to have films stream on Facebook. I have some very passionate Facebook followers and friends and when I posed the question, “Would you watch a film on Facebook,” the overwhelming response was no.  Even more interesting, painfully few people responded to the post at all. Seriously, that was a pretty simple business plan “a filmmaker on Facebook asking his followers on Facebook if they would watch a film on Facebook.” But this company somehow raised $2 plus million. When I think of the film I could produce for that kind of money! Let’s see where they are a year from now.

Social media and the loss of privacy in Justice Is Mind.

As I review a variety of distribution options for Justice Is Mind, I’m also mindful of the importance of contracts, protecting your asset and not being subjected to hidden fees. Because once you sign on the dotted line, you have signed. Unfortunately, there are a lot of “look at me” new companies coming up that claim to offer the world to filmmakers. Although I love getting in on the ground floor of new opportunities, I tend to take a wait and see approach.  Just yesterday, and as follow up to my post of last week, I told one company “If the requirements change on your end, please let us know.” Simply, I discovered an omission in their contract to which I called attention. Let’s see if they satisfy the requirement. If not, moving on.

Henri Miller about to sign a contract that will lead to his arrest.

Content is still king. I believe that’s what our theatres and other venues see when we present Justice Is Mind to them. Content that’s well presented and packaged (you need a solid well designed poster!). As I prepare our press release announcing the Maine premiere of Justice Is Mind on the 28th and look forward to some media next week about our upcoming Massachusetts premiere on the 16th, I wait patiently to hear from some companies that I do want to do business with. But unlike New England weather, there can be days when you wonder if the weather will ever change!

So while I continue to present Justice to various companies, I will also be campaigning all this month for the next two screenings. In fact, after our screening at the Strand on the 16th, I will be going to Ogunquit the next day and walking door to door to the many hotels and restaurants selling our screening at the Leavitt on the 28th.

Our press release working for the Massachusetts premiere.

This entry was posted on September 7, 2013 by markashtonlund. It was filed under General, Justice is Mind, News and was tagged with Clinton, Justice is Mind, MA, ME, Ogunquit, Strand Theatre, The Leavitt Theatre, theatrical distribution.