When I read a headline in The Hollywood Reporter that states, “Getting an award worthy film into theatres is a Herculean task” I paused for a moment to think about our two theatrical screenings coming up this week in New Hampshire and Maine. This will be Justice Is Mind‘s seventh and eighth theatrical screening respectively (Our 11th  if you count our law school and science fiction convention screenings).

Of course the producers that were part of that article were talking about a national release of their films—a very expensive effort. With each screening of Justice Is Mind I endeavor to secure as many media, social or web placements as possible. Indeed, I was very pleased last week when the Nashua Telegraph published a story titled “Memories on trial in intriguing new film”. The article, written by Kathleen Palmer, was spot on and will add another layer of gravitas to the entire project. 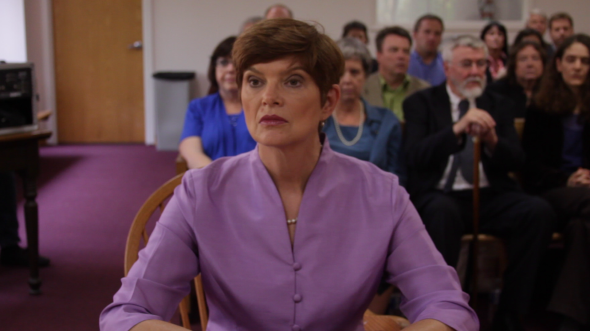 Adding to this good news, was the support we received from the New Hampshire Film & Television Office that published our press release. This kind of media and industry support is critical to independent filmmakers.  It was nice to see that these media spaces weren’t reserved just for the “Hollywood” films that come to town. Indeed, there are other voices that need to be heard.

This of course brings me to my next point, I don’t wait around for results. I read an interesting post titled “Don’t Wait For Anyone” that talked about the endless waiting game that permeates this industry. In the world of filmmaking there are some things I’m just not waiting for—like for a film festival jury to decide the fate of my film (particularly one I have a paid a fee for!). Think about it, why, unless it is a buyer’s market, are laurel leaves important when I can program a theatre to screen my film and generate media attention? Also, I don’t four wall (rent). What a film needs is an audience —one that comes to the theatre specifically to see my film. Simply put, as a producer, part of my job is to make sure my investors get a return on their investment. Developing an audience  is part of that return.

Robin Rapoport (from Massachusetts) and Vernon Aldershoff (from New York) star in Justice Is Mind.

When I also read in this same article in The Hollywood Reporter that Gravity took four years to make, I am reminded of the arduous task to simply get a feature film made.  While it is a Herculean effort to complete a feature film, thankfully distribution is no longer an obstacle to filmmakers as there are simply countless ways to get your film out to the masses. What I have been noticing is a seismic shift in how distributors are handling new projects in the wake of self-distribution platforms that used to be their dominion. As Ted Hope said “The point is now we can reach people with our work… and you don’t have to be chosen. The power is yours.”

But at the moment, we are saddened to learn about the tragic passing of the talented actor Paul Walker who I first remembered in the classic movie Pleasantville. While the immediacy of the news is heartbreaking, we can take comfort in a quote from the great Burt Lancaster, “We’re all forgotten sooner or later. But not films. That’s all the memorial we should need or hope for.”

This entry was posted on December 1, 2013 by markashtonlund. It was filed under General, Justice is Mind, News and was tagged with Burt Lancaster, Cinemagic, Justice is Mind, Nashua Telegraph, Paul Walker, Railroad Square Cinema, The Hollywood Reporter.