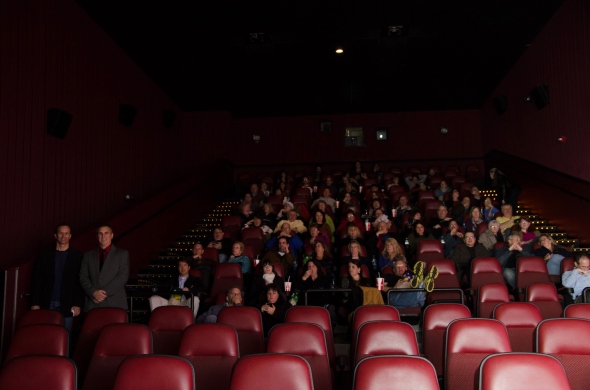 With 2013 coming to a close, I was reflecting the other day on the numerous theatrical screenings we have had for Justice Is Mind along with the substantive media placements and following we are developing. I took a moment to review my business plan for Justice and while digital distribution was front and center (and still is), theatrical distribution just didn’t seem to be in the cards as no theatrical distributor was attached to the film at the time. My how times have changed since writing the business plan three years ago. Filmmakers can largely self-distribute and save on the countless fees associated with the process. 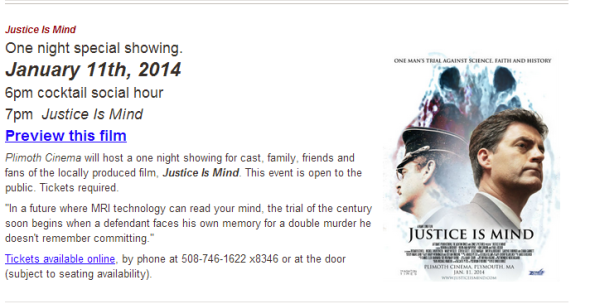 Earlier this week our first check arrived from a theatre. It was our share of the box office for a one time screening. To say I was elated would be an understatement. It wasn’t the amount of the check that mattered. What mattered was that revenue was coming directly to us. If we had a distributor that handled our theatrical screenings, I’m fairly certain it would have all gone to them with only a small percentage (if anything at all) to us. Like filmmakers, distributors need to make money as well. A share of percentage is well understood, but it’s the related fees that can really suck up any profit. In an earlier post, I mentioned one “self-theatrical-distributor” that wanted to charge us $900 for a DCP (Digital Cinema Package) or else we couldn’t work with them. As this company is currently all the rage in the industry, of course I was interested in contacting them. But after reviewing their contract, they were only a facilitator and brought zero to the table. We are already providing the deliverables, posters and public relations, why shouldn’t we share the maximum return with the theatre and us? Why involve a middleman? Certainly, distributors are very much needed for a national rollout as they bring all their departments to bear and in those cases it simply comes down to economy of scale for a return.  But distributor or not, filmmakers still need to market their films. Check out Film Specific’s blog post “Why Selling Your Film Is Not Somebody Else’s Problem.”

Although this year is winding down, Justice Is Mind certainly isn’t. As we prepare for two January screenings in Massachusetts (with what looks like Connecticut in February), along with the implementation of our VOD and international release plan, our public relations and marketing efforts continue.

In regard to public relations, I had a great time with Mary Wexler (Judge Wagner) and Gail Sullivan (Helen Granger) at the Plimoth Cinema this week. Gail arranged for PAC-TV in Plymouth to interview us for the January 11 screening. I also wrapped up an interview with a local newspaper that is more tied to our January 24 screening at Cape Cinema in Dennis.  As of today, it looks like the PAC-TV airdate is set for January 9. I’ll post the link after it airs.

It is nice to see that all the work being done by so many is being noticed by outside parties. I was really pleased to learn yesterday that IMDB showed Justice Is Mind as one of the Top 10 Highest Rated Independent Films for 2013.  With all the other films above us featuring some well-known actors, it proves another point that has been widely reported over the years, and falls in line with the consolidation of agencies, a movie does not need stars to carry a film.

This entry was posted on December 20, 2013 by markashtonlund. It was filed under General, Justice is Mind, News and was tagged with Cape Cinema, Cape Cod, Justice is Mind, Plimoth Cinema, Plymouth, theatrical distribution.