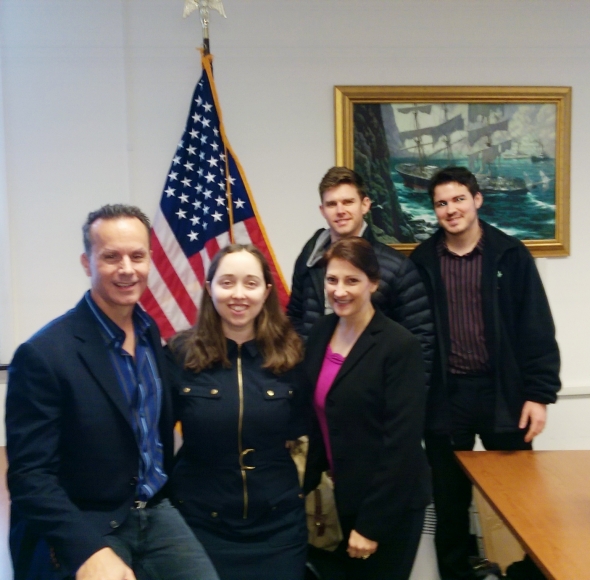 With Helen to my left at the Naval Justice School along with new actors to the program.

This month marked one year since I was hired for a role playing character at the Naval Justice School (NJS) in their mock trial program. Since that first class last December my character and responsibilities have grown. There’s even been a change in the government contractor that administers the contract. But through it all, it has been an amazing experience.

The majority of projects I have worked on the last twenty years have largely been one day or multi-day projects (particularly for film projects). But this recurring opportunity is not only important work for NJS but greatly contributes to our acting experience and respective networks.

While a few of us are original to the program, the majority have been part of the program since March. For me it feels like a traveling troupe of actors with our audience being the students and our stage being the courtrooms of the school. 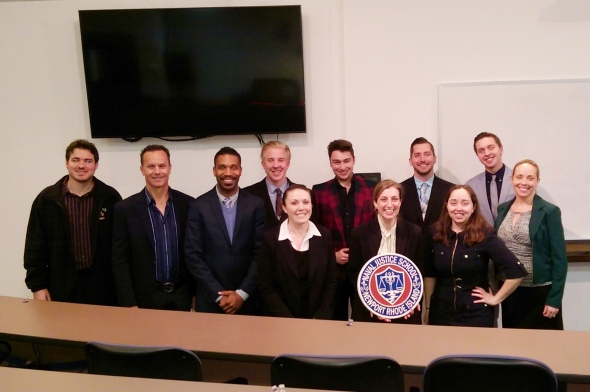 With some of the latest class of actors.

For this round I was directly responsible for bringing on new actors. As I mentioned to some of them this past week, when I receive a resume I always try to find some sort of six degrees of separation or similar project. One of the actors had previously done a mock trial program at Harvard, so that was a no-brainer.

In my view it works when an actor is open minded to the process of one of these role playing characters and gets along with other actors. The latter may sound a bit obvious, but it’s probably the most important because we spend so much time together. When I think of the amount of socializing we did this time it confirmed that we had a solid group for this round. 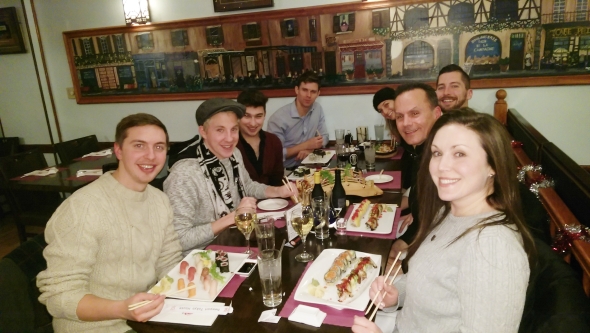 The one thing I can’t emphasize enough is the networking part of it all. When I was doing background on a film earlier this year, one actress and I hit it off and she was the first one I thought of when filling one of the larger roles. With another, I came up with the idea for an original story with her in one of the starring roles. Another one of the actors has been enjoying a successful run in Rhode Island theater circles and some of us plan to see him in his latest play next weekend. But there is one actress that I’ve worked with since last December, that sadly won’t be returning this coming March as her husband has been transferred to another military base.

When I first met Helen last December, she was so positive, with a constant smile and eagerness to help others.  It didn’t take long for us to become fast friends and when I was in Newport this past summer we caught up over lunch.

So many of us are coffee drinkers with constant walks to the kitchen or the Starbucks on base. Helen, who isn’t a coffee drinker, suddenly arrives with a coffee maker, filters and coffee! As we were all struck with amazement and gratitude her response was along the lines of, to make our day easier. On our last day this week Helen wrote each of us a personal note. This wasn’t email, but a handwritten note!

Helen’s generosity, kindness and talent is something all of us should strive for. 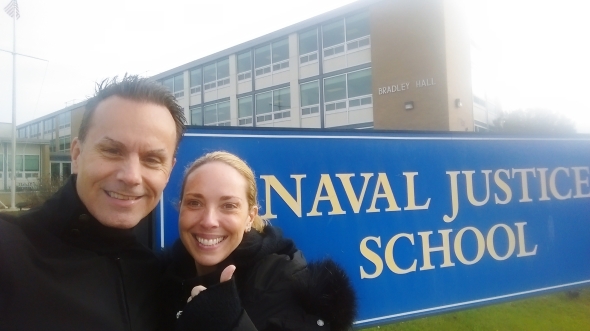 I met Kristen earlier this year on a film set.

This entry was posted on December 17, 2017 by markashtonlund. It was filed under General, United States military and was tagged with acting, Naval Justice School, Newport Rhode Island.