The World in Review

I was delighted to discover Jonathan Cullen’s review of First World: Covenant over at The Future Fire. When I read phrases such as “Its basis is audacious and inventive” and “The protagonist…Kathleen Gould, is absolutely memorable and interesting,” it’s very satisfying as a writer to know that you’ve created something of interest for a reviewer – the all important ingredient for marketing a book.

I agree with Mr. Cullen’s analysis that sometimes the mix of points of view in the same scene can be frustrating. As I write Synedrion, these are important notes I take into consideration as clarification of story is key. First World, in particular, is laden with a variety of characters that are critical to moving the story forward.

It’s curious, Kathleen Gould, the protagonist in Covenant, was just a minor 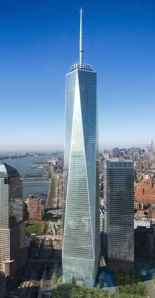 player in the original First World story (she only had about a dozen lines in the script). As some of you know, I wrote Covenant a couple of years ago as a web series and established Gould as a new major player along with the monolithic Bank of Shinar International at One World Trade Center. In Synedrion, Gould takes drastic steps to separate herself from the ever monitoring Central (their computer system). The sequel to Covenant is still on target for a late fall 2011 release.

Someone asked me a couple of weeks ago how I created First World. It all originated out of an idea I had for a scene in which these great “Concorde” style ships just appeared over the beach in Ogunquit, Maine (in the short film the location was Cape Cod) and my further thought that there is no better observation of Earth than from the Moon.

When I read on Space.com this morning that the International Space Station might be getting a name and at one point it was called Alpha, I couldn’t help but be reminded of one of my favorite science fiction TV shows Space: 1999.  Starring Martin Landau and Barbara Bain, the show is set in year 1999 when the Moon, and the inhabitants of Moonbase Alpha (built in the crater Plato), are blasted out of Earth orbit when the nuclear waste dumps explode sending them on a journey through the universe.

Enterprise from Star Trek. I vote the consortium of countries name the International Space Station after Moonbase Alpha. It even looks good in print –  ISS Alpha.

To quote Professor Victor Bergman from Space: 1999 “We are Mankind. We came from planet Earth, and we built this base, called Alpha, to learn more about space.”