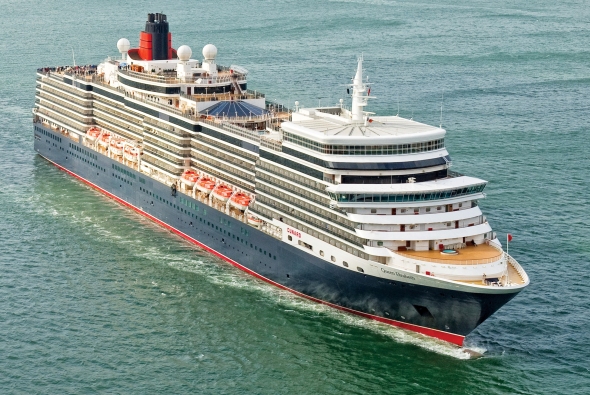 Justice Is Mind will have its international premiere on Cunard Line’s Queen Elizabeth ocean liner on October 29, 2014.

In 1840 Cunard Line started with a ship called RMS Britannia. At the dawn of the 20th century the RMS Lusitania and RMS Mauretania were household names. Cunard’s RMS Carpathia rescued survivors of the RMS Titanic. As the century progressed it was the RMS Queen Mary and RMS Queen Elizabeth that crossed the Atlantic Ocean in times of peace and war. They are The Most Famous Ocean Liners in the World®.

On October 29, 2014 Justice Is Mind will have its international premiere on Cunard Line’s newest ocean liner MS Queen Elizabeth!

There have been many milestones associated with Justice Is Mind. From our world premiere in Albany at the Palace Theatre to our west coast premiere in Beverly Hills, California but I can’t think of a more ideal location for the international premiere of Justice Is Mind than on the MS Queen Elizabeth that will be sailing in the Mediterranean Sea. Our cruise will depart from Rome.

Ever since I was a child I have been fascinated with ocean liners. My mother and I were members of the Titanic Historical Society long before the White Star Line’s most famous ship was discovered by Robert Ballard. Since the 1980s I have been on several cruises. But this is not my first time on the production side of cruises. During my years in figure skating I produced two major events for another cruise line.

The theatre onboard the Queen Elizabeth.

It was Christmas 2006 when my mother and I sailed on Cunard Line’s Queen Mary 2. At the time I was living in Los Angeles and my mother was in Massachusetts. I brought with me the cut of my first film First World to show her. Later during the cruise we were sitting in a beautiful theatre on ship watching a movie. I said to myself then, someday, I want my first feature film to be shown onboard an ocean liner. Eight years later on October 29, 2014 that dream will come true.

I first mentioned the news of our international premiere on the MS Queen Elizabeth to some of the actors in a limousine while drinking champagne! Yes, it was a very fitting scene at our Millbury screening in May. Another thing I mentioned to one of the actors is simply to enjoy this moment. There is nothing easy, simple or quick that happens when marketing an independent film. There’s nothing wrong with a stop to smell the roses. Or in this case a glass of champagne! 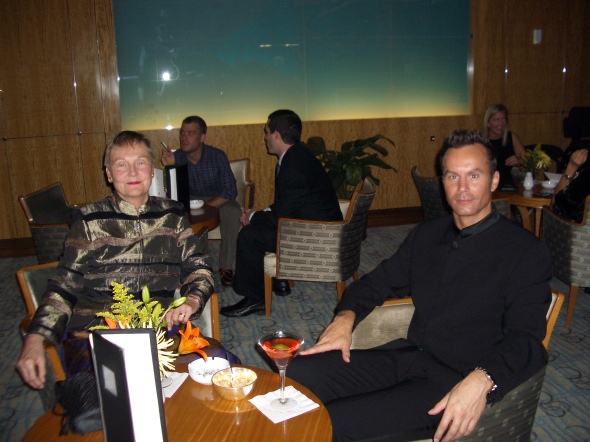 You can read the official press release about our international premiere at this link. Part of the program during the week will also have me hosting a filmmaking seminar prior to the screening that will also discuss the making of Justice Is Mind.

Indeed the making of an independent film outside of the studio system (and releasing it) is a milestone all by itself. Now on to a new voyage to get SOS United States into production, just yesterday I was talking to a member of the team that had unprecedented success at the recent Academy Awards. One thing we both agreed on, regardless of the numbers involved, there is one thing that is identical – steadfast determination in navigating this industry.

Like being on the bridge of a ship, some days will be smooth sailing while others are storms at sea. Whether you are on a ship or producing a film, the nautical phrase “steady as she goes” is fitting.

And while the journey of SOS United States may just be starting, Justice Is Mind’s is far from over. In fact, it’s just beginning.

This entry was posted on June 21, 2014 by markashtonlund. It was filed under General, Justice is Mind and was tagged with Cunard Line, international premiere, Justice is Mind, Queen Elizabeth, SOS United States.