The Miller family returns in the sequel to Justice Is Mind.

Last Monday I finished the first draft of the sequel to Justice Is Mind. By the early reports from those that have read it, they really enjoy the story. Certainly as a first draft there are edits, but all in all, I’m happy with it. It’s a continuation and expansion of the original story.

I think in the back of my mind I always had the idea for the sequel and planted clues all along the way in Justice Is Mind. Now with the sequel completed, it is also set up to continue as a pitch for a TV series.

The completed first draft sequel to Justice Is Mind.

When I first started to contemplate the sequel there were a variety of things that I knew would encompass a continuation. First, the sequel would start where the original left off. With a sequel you have to assume that some won’t see the original so you need some background to carry it forward. As I’ve publicly stated, Henri Miller has not been killed. It’s his resurrection that bridges the world of science and mysticism. From intelligence agencies, to secret courts, to scientific companies and the exploits of the Miller family, the story concludes at the Supreme Court of the United States.

The majority of the characters from Justice Is Mind return, but it’s in the sequel where we learn more about them and their various motivations.  Combining the original characters with a variety of new voices, brings a new story to life that travels from New England, to Washington, DC, to Germany, Russia and Italy.  From Senator Caraway leading the congressional investigation into pre-life memories to General Blair of Joint Special Operations Command on terrorism in Washington, DC to the President of Reincar Scientific. But through all this, the story centers around the Miller family. From the horrors of World War II to the present, the secrets of the Miller family are revealed in vivid detail. 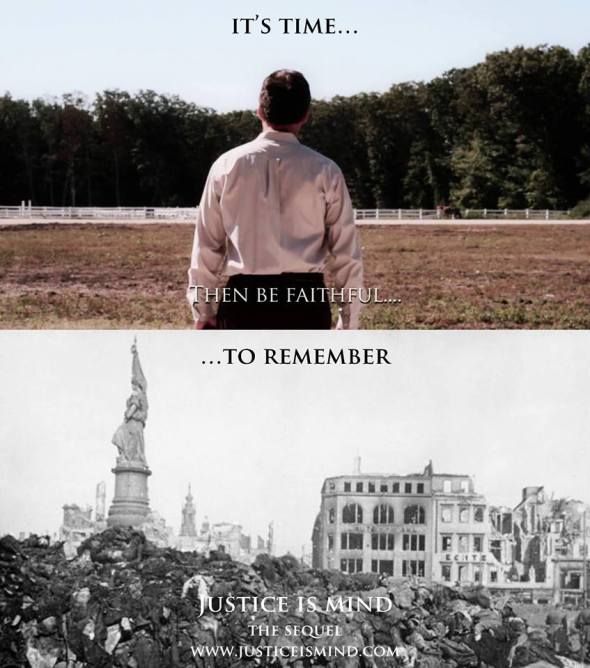 The sequel travels from World War II in Germany to the present.

In all my writing and research over the years, I can’t remember tackling something as involved as the sequel to Justice Is Mind. From past life regression, to intelligence operations, to the secretive FISA court, to Germany in World War II and studying case law and procedure for the Supreme Court of the United States.  Personally, that’s one area of writing I enjoy – the research. You wind up learning things that you would probably never know unless you experienced it personally or actually wrote about it.  While a satisfying experience, it is a labored one.  This is why I’m such an advocate for laying the foundation with a complete and vetted script. The last thing I want to think of during production is the story, I just want to shoot.

While Justice Is Mind has 42 speaking parts (not including extras), the sequel has 61 with Margaret and Henri Miller leading in the number of dialogues and scenes.  In so many ways the production of Justice Is Mind was a proving ground in terms of what was possible to accomplish. The sequel takes it up a deserving few notches – Margaret, Henri and Cast of Hundreds.  Yes, a slight turn in title to a book about the making of my favorite film of all time –Gone With the Wind.  For those that love that movie, I highly recommend Scarlett, Rhett, and a cast of thousands: The Filming of Gone With the Wind.

Those that follow me know me well enough that I’ve already started the process of developing the sequel for production. But that being said, a few observations of the New England entertainment market. We need a TV series in the region that incorporates a diverse set of talent – both known and unknown.  As Justice Is Mind proved, talent on both sides of the camera need not be a household name for success. 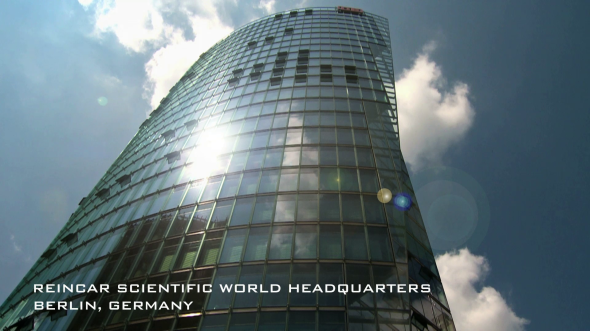 The opening scene in the sequel to Justice Is Mind finds us in the boardroom of Reincar Scientific.

This entry was posted on February 14, 2015 by markashtonlund. It was filed under Justice is Mind, News and was tagged with congressional hearings, entertainment, FISA Court, Germany, Gone With the Wind, intelligence, Justice is Mind, Russia, screenwriting, sequel, Supreme Court, TV, Washington, World War II.