This past week I have received some curious inquiries on why I checked in on Facebook to the Naval Justice School in Newport, Rhode Island a couple times this week.  Over these next few weeks the school is conducting mock trials as part of their student training. I’m playing an NCIS agent. When you consider my interests in the military (the Navy in particular) and having written and directed Justice Is Mind, you can imagine my enthusiasm in being part of this project.

This is not like a stage production or even a film. In those mediums you generally stay in character for a set period and memorize a script. There is no script here. Instead, you are given a substantive background on your character and their actions during a particular time period. And, like any legal proceeding, you are given a variety of statements and other evidence to take in and, yes, memorize to the best of your ability.

In one example, I was in front of a class of students who asked me countless questions over an hour relative to the case. By example, “What were your impressions when you interviewed X” “When you interviewed X about X, what did they say?” Again, there is no scripted answer. Of course, the key is to be consistent in your statements as the students can reference what you say.

I believe these role play opportunities are some of the best training actors can have. Not only do you have to create a world for this character, but background elements as well that fit into the narrative facts of the story. I’ll say this, it has helped that I’ve done live television and public speaking in the past. With this opportunity, I’m speaking to anywhere from five to fifty of various military rank as well as civilians. The atmosphere itself compels you to take the process seriously. There are, however, some moments of levity and the staff and students at the school are very welcoming and supportive. You can learn more about the Naval Justice School at this link. 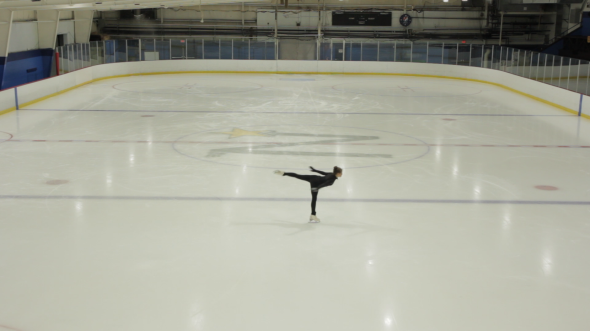 A still from Serpentine.

To put this in an entertainment context, most have heard of the TV series JAG and the movie A Few Good Men. But as those projects had a Director this has a Captain that directs the process. It’s been pretty cool learning what an NCIS agent really does. On another movie note, I can’t help but be reminded of the court martial scenes in The Caine Mutiny.

As for entertainment, Serpentine is in post-production with the same team that delivered Justice Is Mind. At this stage of the process, while they are doing their work, I’m planning the marketing program and distribution plans for the film’s release in early 2017.

How we got that shot for Serpentine.

This entry was posted on December 3, 2016 by markashtonlund. It was filed under General, Justice is Mind, Serpentine, United States military and was tagged with A Few Good Men, acting, figure skating, filmmaking, Justice is Mind, Naval Justice School, NCIS, Newport, post-production, Serpentine, The Caine Mutiny, trial.